The government said Tuesday it will, for the first time, livestream Japan's annual memorial service that remembers the victims of World War II, on Aug. 15, as the coronavirus pandemic has forced it to hold the event on a smaller scale.

On the 75th anniversary of the country's surrender, the health ministry will show the ceremony on its official YouTube account after deciding to reduce the number of attendees to a maximum of 1,400 from about 6,200 the previous year, as part of the efforts to contain the spread of the virus. 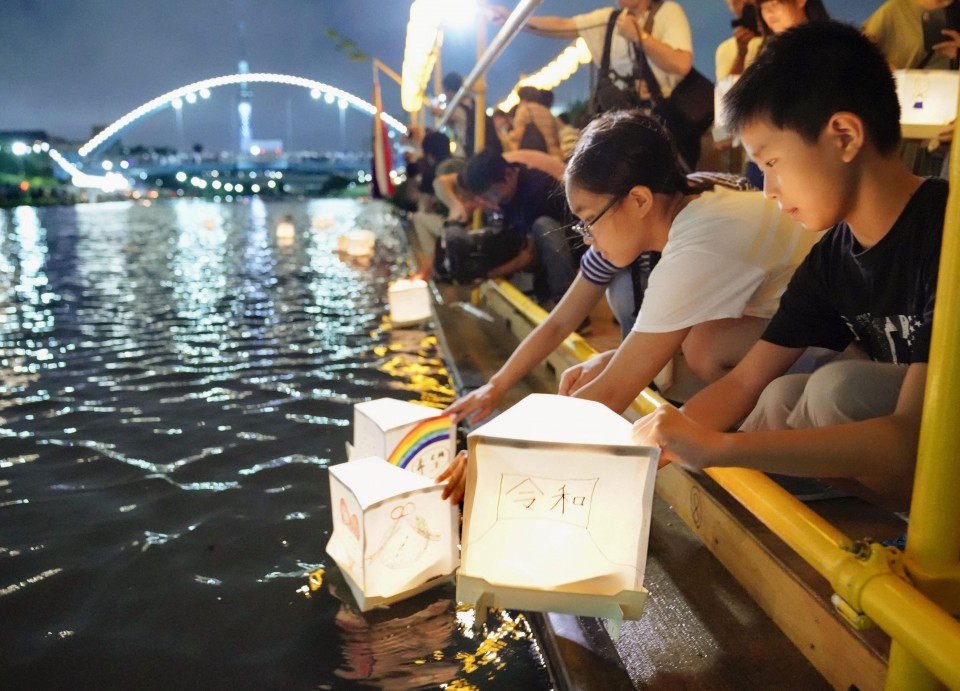 Children float lanterns on the Kyu Nakagawa River in Tokyo on Aug. 15, 2019, in memory of over 100,000 victims killed in the Great Tokyo Air Raids during World War II. Japan marked the 74th anniversary of its surrender in the war the same day. (Kyodo)

"We made special considerations so that people who, unfortunately, will not be coming can attend the event in this manner," Health, Labor and Welfare Minister Katsunobu Kato told a press conference.

Both ceremonies, which normally draw many elderly survivors and relatives of the victims, will also be held with fewer attendees this year to prevent the spread of the virus.