Despite the historic, yet widely expected contraction in Japan's economy for the April-June period, green shoots are evident, with observers optimistic the country has already bottomed out and is shifting into recovery mode.

However, continued virus-related weakness in private consumption and exports, the two main drivers of the world's third-largest economy, amid second waves in Japan and abroad have also sparked concerns that even if a quick recovery is achieved, a double-dip recession is looming. 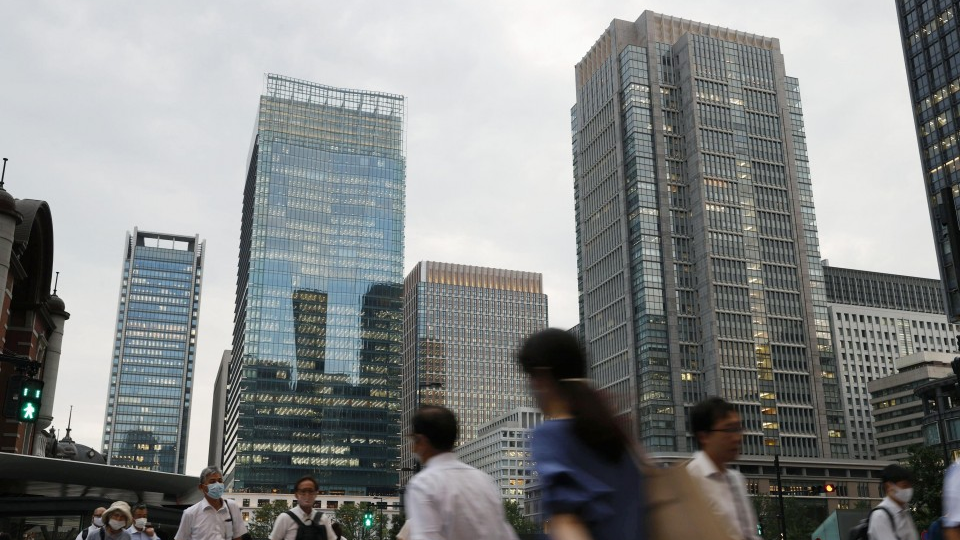 On Monday, government data showed gross domestic product shrank an annualized real 27.8 percent in the fiscal first quarter from the previous three months, the sharpest contraction on record, after economic activity was restricted under a pandemic state of emergency.

Many analysts think that GDP may rebound strongly -- by approximately 10 percent or more -- in the July-September quarter, mainly supported by a recovery in consumer spending.

Akane Yamaguchi, an economist at the Daiwa Institute of Research, is among them.

But she warns, "Consumption will continue to seesaw as sluggishness will be ongoing, especially in businesses involving face-to-face services, due to fear of the further spread of the virus."

While the government has yet to release consumer spending data for July, Yamaguchi forecast that the result would come in slightly weaker than in June after analyzing data from across a range of companies and industries.

Prime Minister Shinzo Abe in late May fully lifted the state of emergency, under which authorities had requested people to refrain from nonessential outings and for some businesses to close. 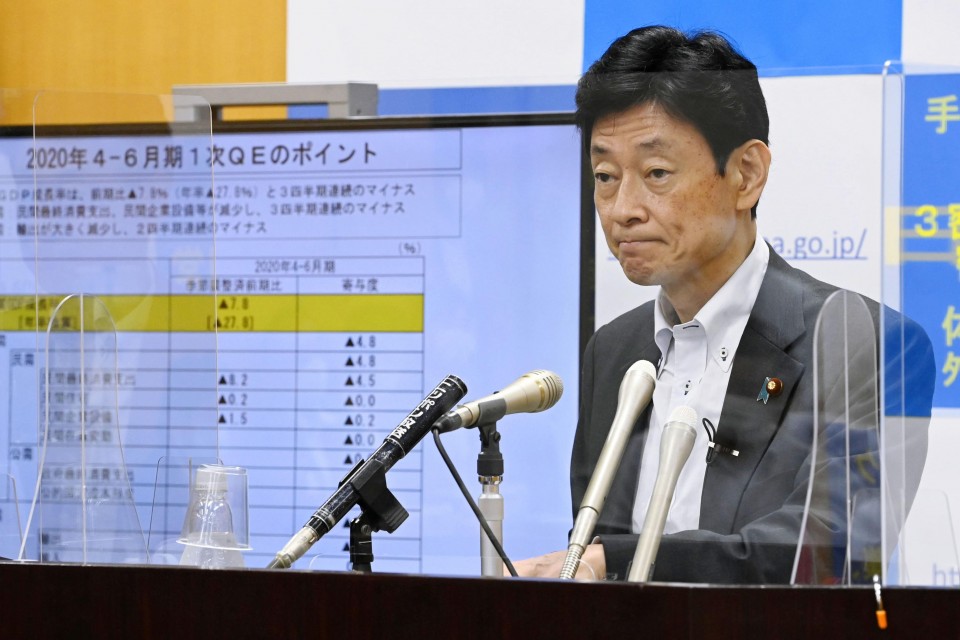 Japanese economic revitalization minister Yasutoshi Nishimura holds a press conference in Tokyo on Aug. 17, 2020, after the Cabinet Office's preliminary data showed the country's gross domestic product shrank an annualized real 27.8 percent from the previous quarter, the sharpest contraction on record, as economic activity was restricted under a state of emergency during the new coronavirus outbreak. (Kyodo)

The unprecedented measures dealt a heavy blow to the economy, with household spending falling at a record pace in April and setting a new record the following month.

Although the pace of decline slowed in June after social distancing recommendations were relaxed and economic activities resumed, the resurgence of the virus in Tokyo and other urban centers has cast a shadow over prospects for an economic recovery.

If Abe again declares a state of emergency, it could "take a toll on the economy again and then lead it toward a double-dip," Yamaguchi warned.

Japanese exports dropped more than 20 percent for three consecutive months from April, marking the largest falls since 2009 when the global economy was damaged by the financial crisis following the collapse of Lehman Brothers the previous year.

Kazuma Maeda, an economist at Barclays Securities Japan Ltd., said government data on trade for July suggested Japan's exports bottomed out in the April-June quarter. But he also said the pace of recovery will be "very slow."

"Whether Japan can continue to recover depends on the domestic infection situation," he added. If the number of coronavirus cases expands more rapidly, "the possibility for Japan to see a double-dip will increase."