Japan's Defense Minister Taro Kono and U.S. counterpart Mark Esper agreed in Guam on Saturday that they will keep China's maritime assertiveness in the South and East China seas in check.

"As for the South and East China seas, we confirmed that Japan and the United States will strongly oppose countries unilaterally changing the status quo by force," Kono said in an online press conference after meeting with Esper at Andersen Air Force Base. 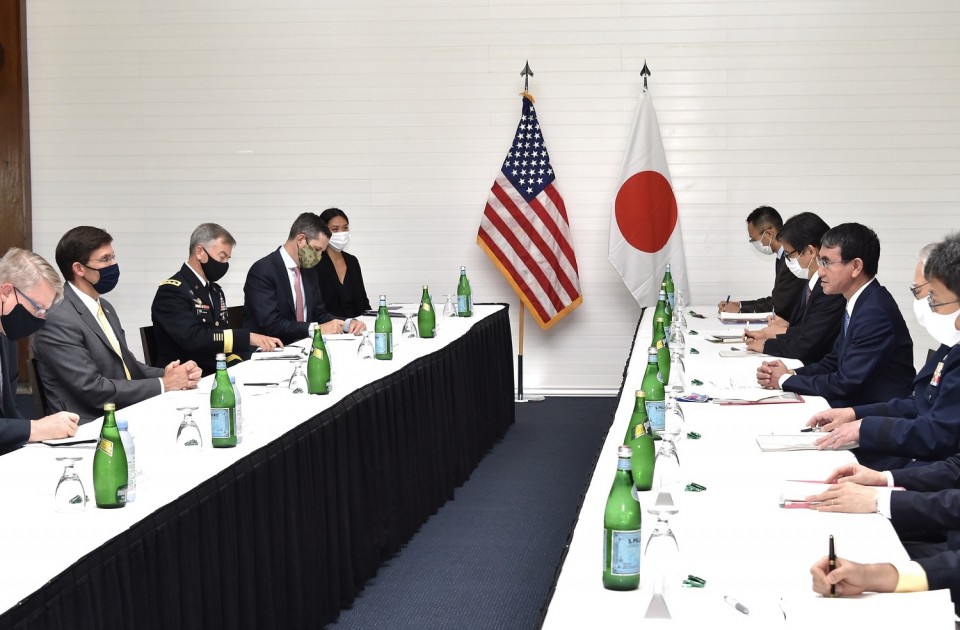 Beijing is involved in territorial disputes with Tokyo and a number of other Asian neighbors in the waters.

Pentagon officials said China fired four ballistic missiles into the South China Sea on Wednesday in an apparent warning to U.S. reconnaissance planes flying near areas where Beijing has been conducting naval drills.

Kono told Esper the launch could help destabilize the region and that he will monitor the situation with concern, according to a Japanese Defense Ministry official.

At the outset of the talks, Esper condemned China's behavior in the waters, saying, "We are steadfast in our opposition to Beijing's destabilizing activities in the region."

Kono said in response, "I think the world has been changing drastically. Not just because of COVID-19, but because there are some attempts to change the status quo by force and coercion." 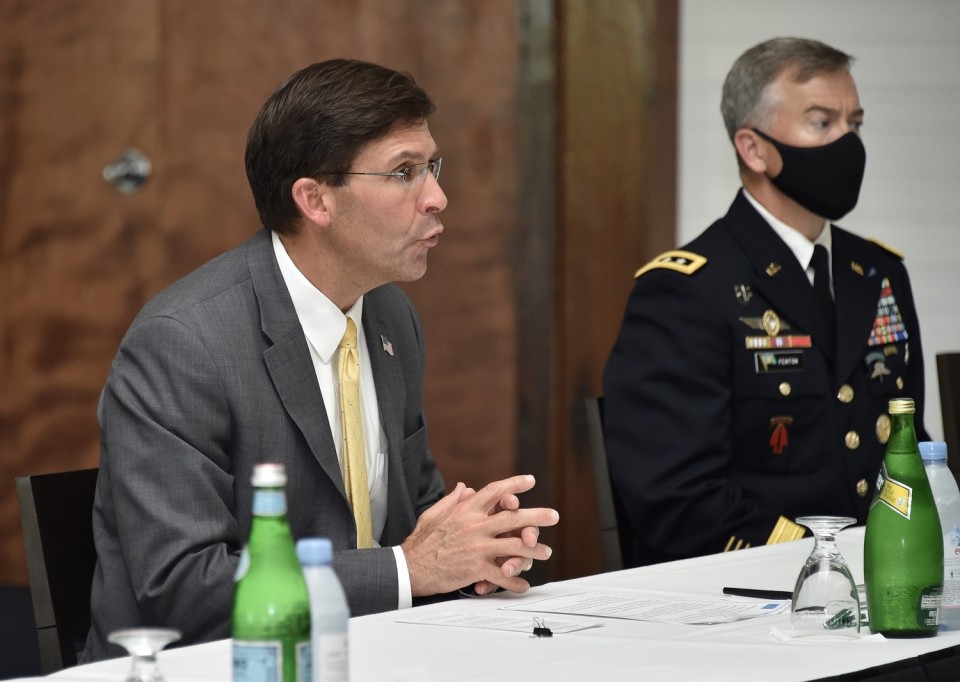 The Japanese defense chief said he and Esper reaffirmed that Article 5 of the Japan-U.S. Security Treaty applies to the Senkaku Islands, a group of East China Sea islets controlled by Japan but claimed by China, which calls them Diaoyu. Article 5 stipulates Washington's commitment to defend Tokyo.

Tensions over the islands have been growing, with Chinese vessels spotted near them for 111 consecutive days through this month, the longest streak since Japan bought the islets from a private owner and put them under state control in 2012.

"We agreed on how Japan and the U.S. could enhance our cooperation on integrated air and missile defense, as well as ISR (intelligence, surveillance and reconnaissance) capability," Kono said at the online press conference. 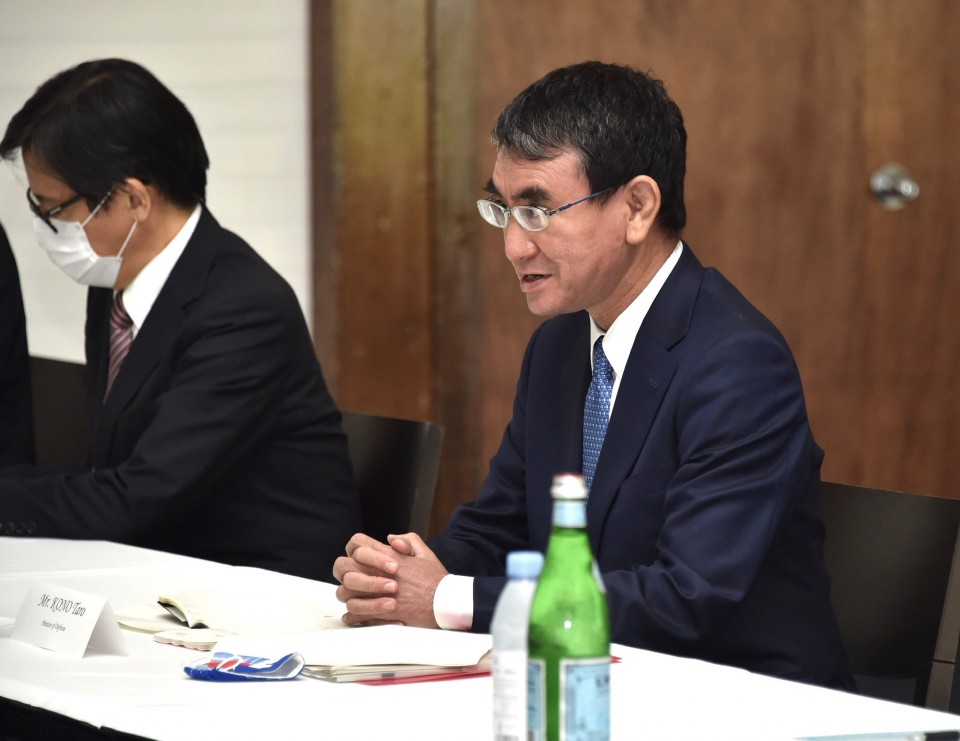 The planned deployment of the Aegis Ashore system, originally intended to beef up Japan's deterrence against North Korea's missile threats, was scrapped as Tokyo found it potentially costly and time-consuming upgrades would become necessary to ensure the safety of nearby residents during a missile interception.

Kono said he explained to Esper about the ongoing talks at Japan's National Security Council on alternative options. Tokyo is set to indicate a policy on the new missile defense system in September.

In a related move, the ruling Liberal Democratic Party submitted a proposal this month for Japan to consider "possession of the ability to intercept ballistic missiles and others even in the territory of an opponent," a controversial suggestion in light of Japan's war-renouncing Constitution.

The two defense chiefs also affirmed that North Korea's repeated launch of ballistic missiles is a violation of the U.N. Security Council resolutions and a challenge to the international society.

Moreover, they agreed to keep working to ensure complete implementation of the U.N. resolutions by the North so its weapons of mass destruction and ballistic missiles programs will be abolished in a "complete, verifiable and irreversible manner."

Kono and Esper also discussed enhanced cooperation between the two allies in fields such as outer space, cyberspace and electronic warfare, the Defense Ministry official said.

In Tokyo, Kono met U.S. Chief of Space Operations Gen. John Raymond on Wednesday when the latter was making his first visit to Japan since the creation of the Space Force and his appointment in December last year.

Kono is on his first overseas trip since February, when he attended an international conference in Germany.