Japanese right-hander Kenta Maeda earned his 50th career win in the major leagues Wednesday when the Minnesota Twins unleashed their offense in a 12-2 victory over the Milwaukee Brewers.

Maeda (3-0), who opened the game by retiring 17 of the first 18 batters, allowed two runs and five hits in 6-2/3 innings at Miller Park, striking out five and walking one in an 85-pitch effort. He posted his third win in four starts. 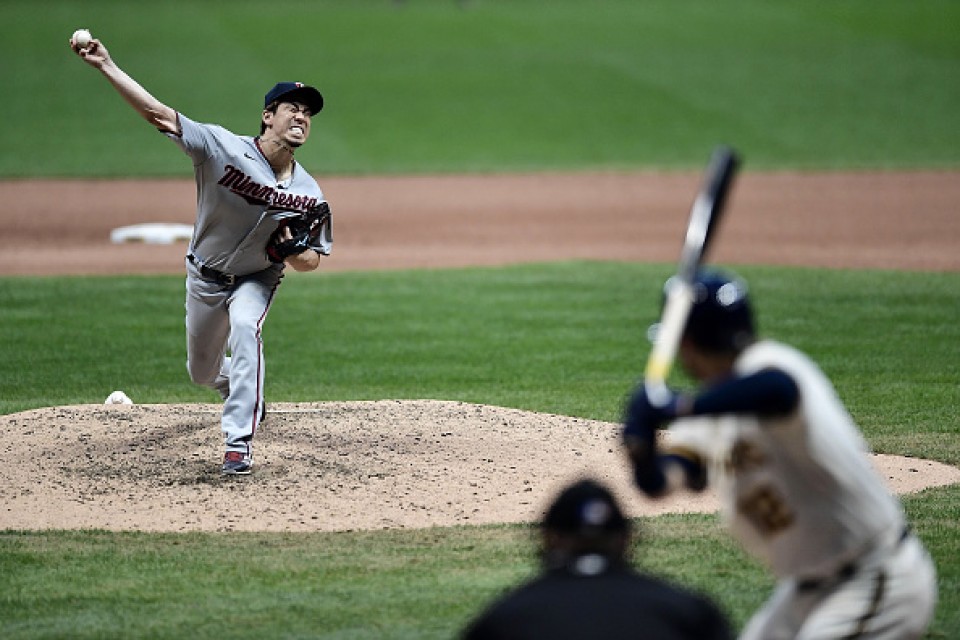 Kenta Maeda #18 of the Minnesota Twins throws a pitch during the fifth inning against the Milwaukee Brewers at Miller Park on August 12, 2020 in Milwaukee, Wisconsin. (Getty/Kyodo)

Milwaukee shortstop Luis Urias prevented a shutout with a two-out, two-run single in the sixth but Maeda retired Orlando Arcia to end the inning.

"It wasn't anything I put much thought into," Maeda said of the milestone win.

"Hopefully I can pile up more wins. My teammates tell me what my strengths are and I discuss that with the catcher before each game, which is leading to good results," he said.

At Fenway Park, Yoshitomo Tsutsugo hit his second home run of the season and first since his major league debut on July 24, as the Tampa Bay Rays beat the Boston Red Sox 9-5. 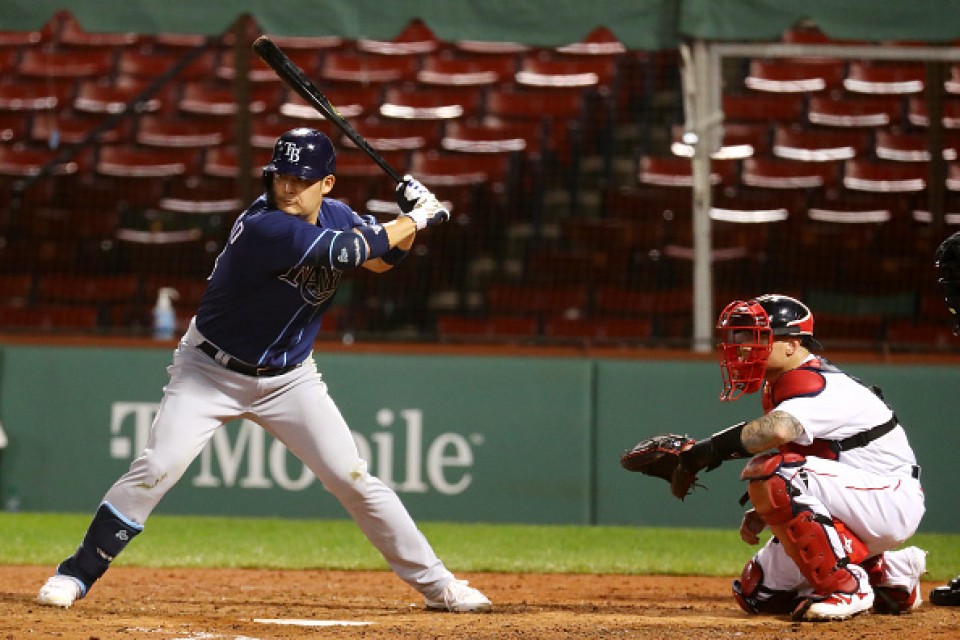 Yoshitomo Tsutsugo #25 of the Tampa Bay Rays at bat during the fifth inning against the Boston Red Sox at Fenway Park on August 12, 2020 in Boston, Massachusetts. (Getty/Kyodo)

Tsutsugo, who was 1-for-20 entering the game, hit a two-run homer off Zach Godley (0-2) in the third to make it 6-0. He flied out, struck out looking and grounded into a double play in his other at-bats.

At Yankee Stadium, New York starter Masahiro Tanaka pitched four innings in a no-decision against the Atlanta Braves. The Yankees defeated the Braves 6-3.

"It was nothing like my last outing. But I kept the damage to just two runs off one home run and didn't ruin the pace of the game," said Tanaka, who allowed two runs on five hits while walking two and striking out three.

Elsewhere, Shogo Akiyama went 1-for-3 and drew two walks in the Cincinnati Reds' 5-4 loss to the Kansas City Royals and Shohei Otani went 0-for-3 in the Los Angeles Angels' 8-4 loss to the Oakland Athletics.