Prime Minister Shinzo Abe brought up his 2,798th consecutive day in office on Sunday, tying him with his great uncle Eisaku Sato, who served between 1964 and 1972, for staying in the top government post for the longest uninterrupted term. 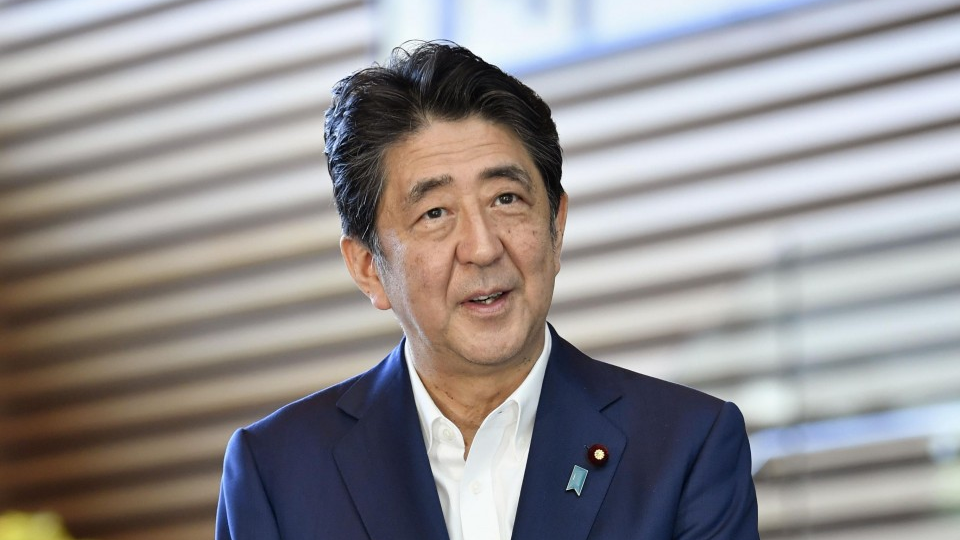 Japanese Prime Minister Shinzo Abe speaks to reporters at his office in Tokyo on Aug. 19, 2020, returning to work after a three-day break, during which he underwent a medical checkup at Keio University Hospital in Tokyo amid speculation about his health. (Kyodo)

Aside from Abe, there are only 10 people who have served as the country's prime minister for more than 1,000 consecutive days, including his grandfather Nobusuke Kishi, at 1,241 days.

Still, a rough road is expected ahead as Abe scrambles to leave what can be called a legacy amid the coronavirus pandemic.

The prime minister hopes to achieve his long-held hope of constitutional reform before his term as the head of the ruling Liberal Democratic Party ends in September next year.

The course of his remaining tenure, however, is clouded, as speculation is rife that he is not in the best of health after he reportedly vomited blood in July and made a hospital visit earlier this month.

In addition, the novel coronavirus has taken a serious toll on the country's economy and has given rise to criticism of his government's response.

Economic recovery under his key economic policies, dubbed Abenomics, has been wiped out by the pandemic forcing many businesses to close and people to stay at home.

The country's annualized gross domestic product for the April-June quarter stood at 485 trillion yen ($4.6 trillion), lower than the 504 trillion yen in the January-March period of 2013 or the first quarterly GDP after Abe reassumed power.

The size of the latest GDP is equivalent to that of the three months ended June 2011 when the world's third largest economy was whacked by the devastating earthquake, tsunami and nuclear crisis in northeastern Japan.

As Japan strives to fight against the new coronavirus, Abe has come under fire for the slow distribution and poor quality of government-sponsored cloth face masks.

He also met criticism for pushing a tourism promotion campaign this summer despite the resurgence of virus infections. His government had to make a last-minute change to exclude Tokyo residents from the subsidy program to address concerns over a spike in new cases in the capital.