Five-time Olympian Ken Terauchi, who is set to dive for Japan at the Tokyo Games next summer, is being treated in hospital after testing positive for the novel coronavirus, his sponsor announced Monday.

According to the company, Terauchi experienced initial symptoms of the virus on July 25 and had a fever measuring over 37 C on July 27 and 28.

He underwent a polymerase chain reaction, or PCR, test on Friday after finding out that an acquaintance he met after training on July 24 tested positive for the virus. 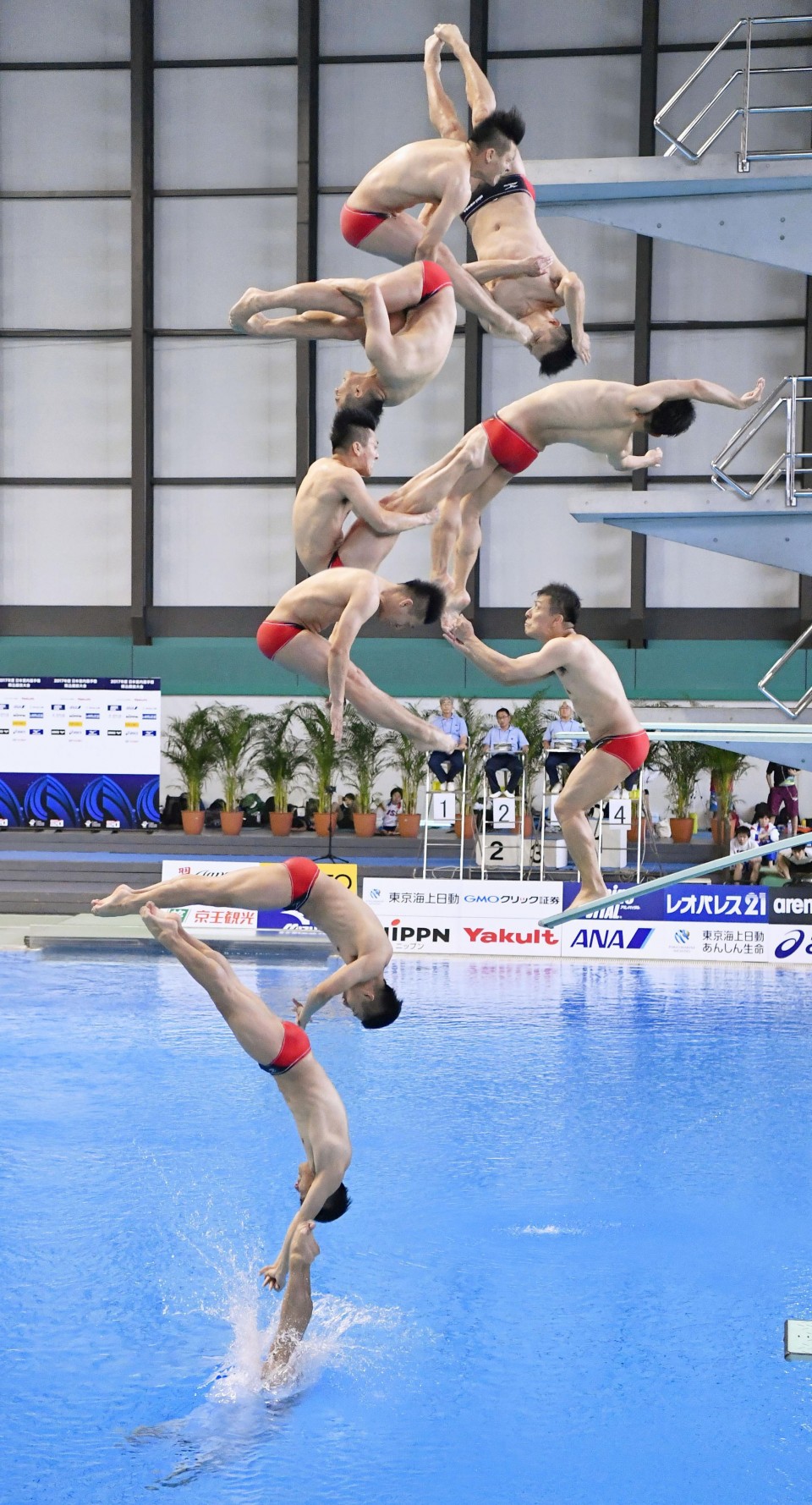 The 39-year-old has a fever and abnormalities with his sense of taste and smell.

Terauchi, along with teammate Sho Sakai, became the first Japanese to qualify for the Tokyo Olympics in any sport after finishing seventh in the men's 3-meter synchronized competition at the world championships in Gwangju, South Korea, in July last year.

He is so far the only member of the Japanese Olympic team known to have been infected with the coronavirus.

Athletes and staff from Terauchi's diving club who recently practiced with him at a rented pool in Osaka will undergo PCR tests. None have so far reported any symptoms of the virus.