Japan extends 5,000-spectator cap at events until end of Sept.

Japan decided Monday to keep limiting the maximum number of spectators at professional sports, concerts and other events to 5,000 until the end of September, although the spread of the novel coronavirus has shown some signs of abating, government officials said Monday.

The government endorsed the policy at a meeting with a panel of health experts, citing the risk of a resurgence and the continued strain on the country's medical facilities. 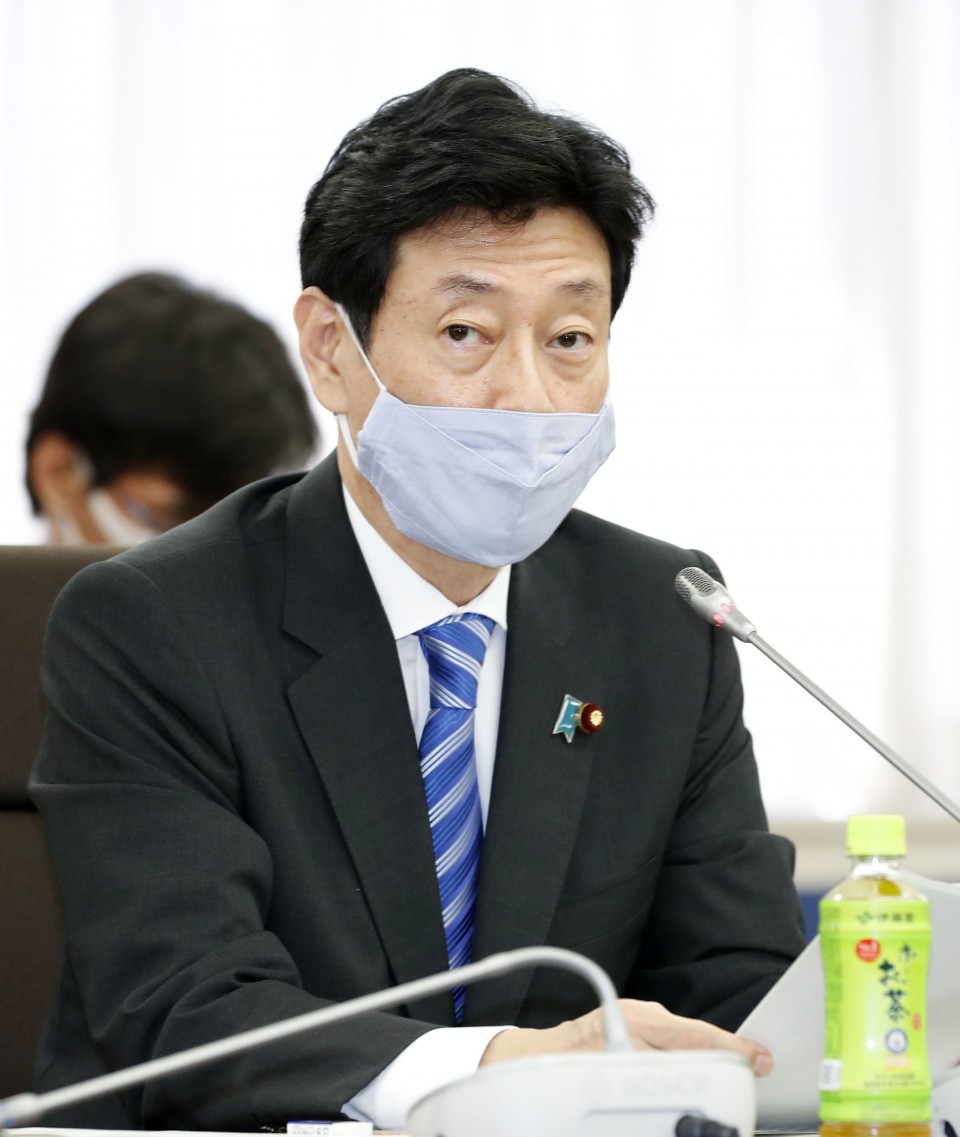 While the number of new cases of the virus in Tokyo reported Monday stood at 95, the lowest single-day figure since early July, the officials said extending the crowd cap beyond the end of August was deemed necessary as the government could not conclude that new infections were on a downward trend.

Some experts have said there is a possibility the daily figure will rise again in response to more people traveling during the Bon holiday season earlier this month.

At a press conference after the meeting, economic revitalization minister Yasutoshi Nishimura, however, said the government might relax the restriction before the end of September if it can determine the rate of new daily cases is falling substantially.

Still, venues will not be able to hold more than 50 percent of their capacities even if the limit is scrapped.

The number of people allowed to gather at venues for big events was increased to a maximum of 5,000 on July 10 from the previous 1,000. The government had initially planned to relax the restriction on Aug. 1, but decided July 22 that it was too soon to ease the guideline.

Since the government fully lifted a state of emergency in late May, the pace of the spread of the virus, which causes the COVID-19 respiratory illness, has accelerated again.

But the panel said last week that the resurgence of infections could have already hit its peak in late July.

Even though the decision on the extension was made, several sports teams had already said they would keep the limit of up to 5,000 in September.

In Nippon Professional Baseball, which opened behind closed doors on June 19, five teams had already said they would maintain the cap for their home games.

On Monday, nearly 500 new cases were confirmed across Japan, with the nationwide cumulative total surpassing 63,900, including about 700 from the Diamond Princess cruise ship that was quarantined in Yokohama in February.

The single-day figure in Tokyo was down from 212 reported Sunday and 256 Saturday, and the lowest since July 8 when 75 infections were reported.

However, given that there tend to be fewer new cases in the beginning of the week, an official said the metropolitan government will assess the current situation after checking the numbers to be reported Tuesday and thereafter.

The figures reported by the Tokyo metropolitan government reflect the most recent totals reported by health authorities and medical institutions.

The Japanese capital, which has a population of nearly 14 million, has kept its alert for the coronavirus pandemic at the highest of four levels, meaning "infections are spreading."

The metropolitan government has requested that establishments serving alcohol and karaoke venues close by 10 p.m. until the end of August to reduce the risk of infection. 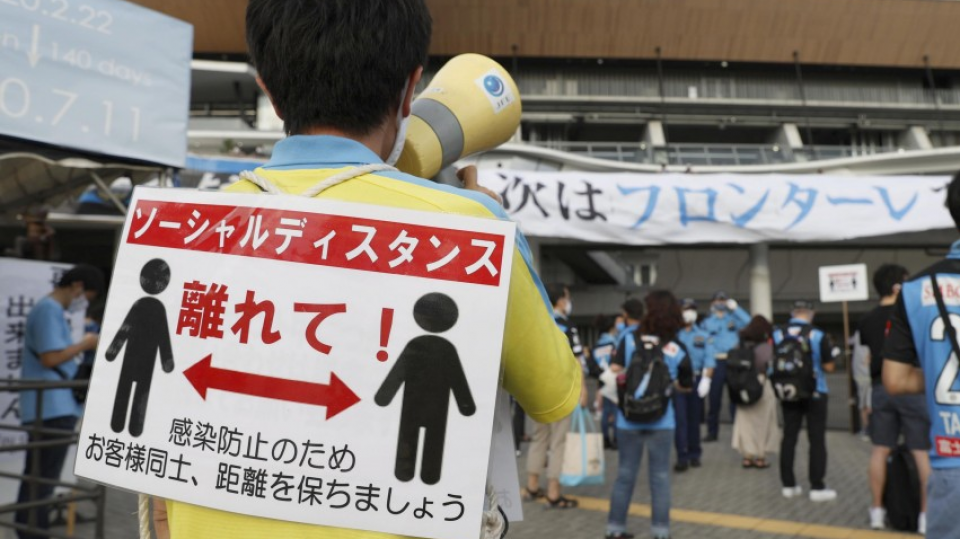 A worker has a sign on his back asking fans to maintain social distancing at Todoroki Stadium in Kawasaki near Tokyo on July 11, 2020, as J-League football starts admitting spectators for top-flight matches for the first time in about four and a half months after a coronavirus-led hiatus. (Kyodo)