Rules urged for personal-bag use in shops amid shoplifting fear

As customers increasingly bring their own bags to retail outlets following July's introduction of charges for plastic bags, guidelines for personal-bag use are being advocated to prevent their use to aid shoplifting.

Earlier this month, a Tokyo-based antishoplifting nonprofit organization created a poster urging customers to use shopping baskets provided by stores and to keep personal bags folded until after purchases are made. 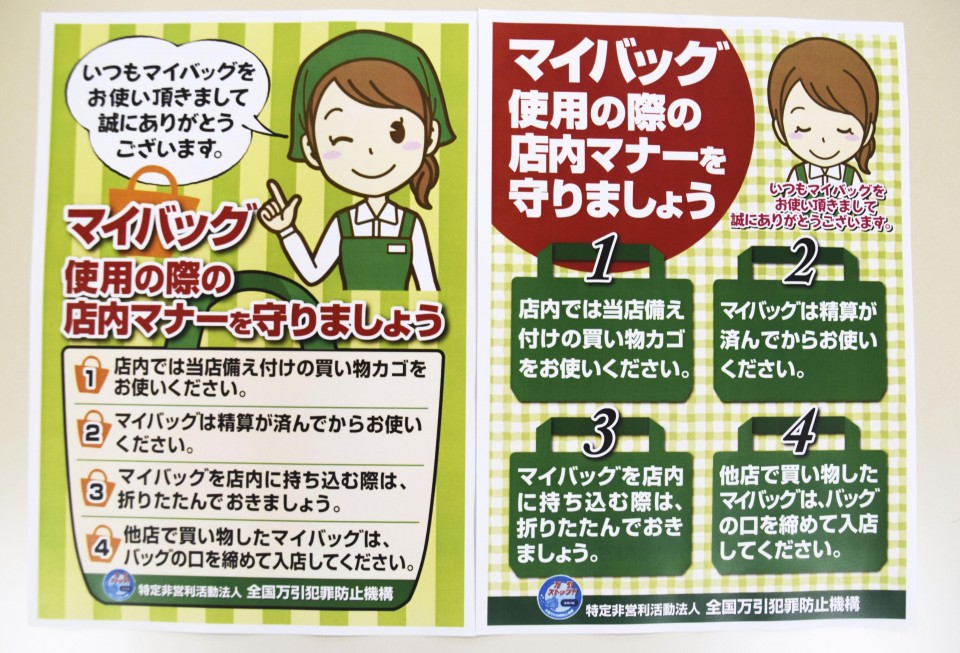 Photo shows posters created by an anti-shoplifting nonprofit organization which urge customers to use shopping baskets provided by stores and to keep personal bags folded until after purchases are made. (Kyodo) 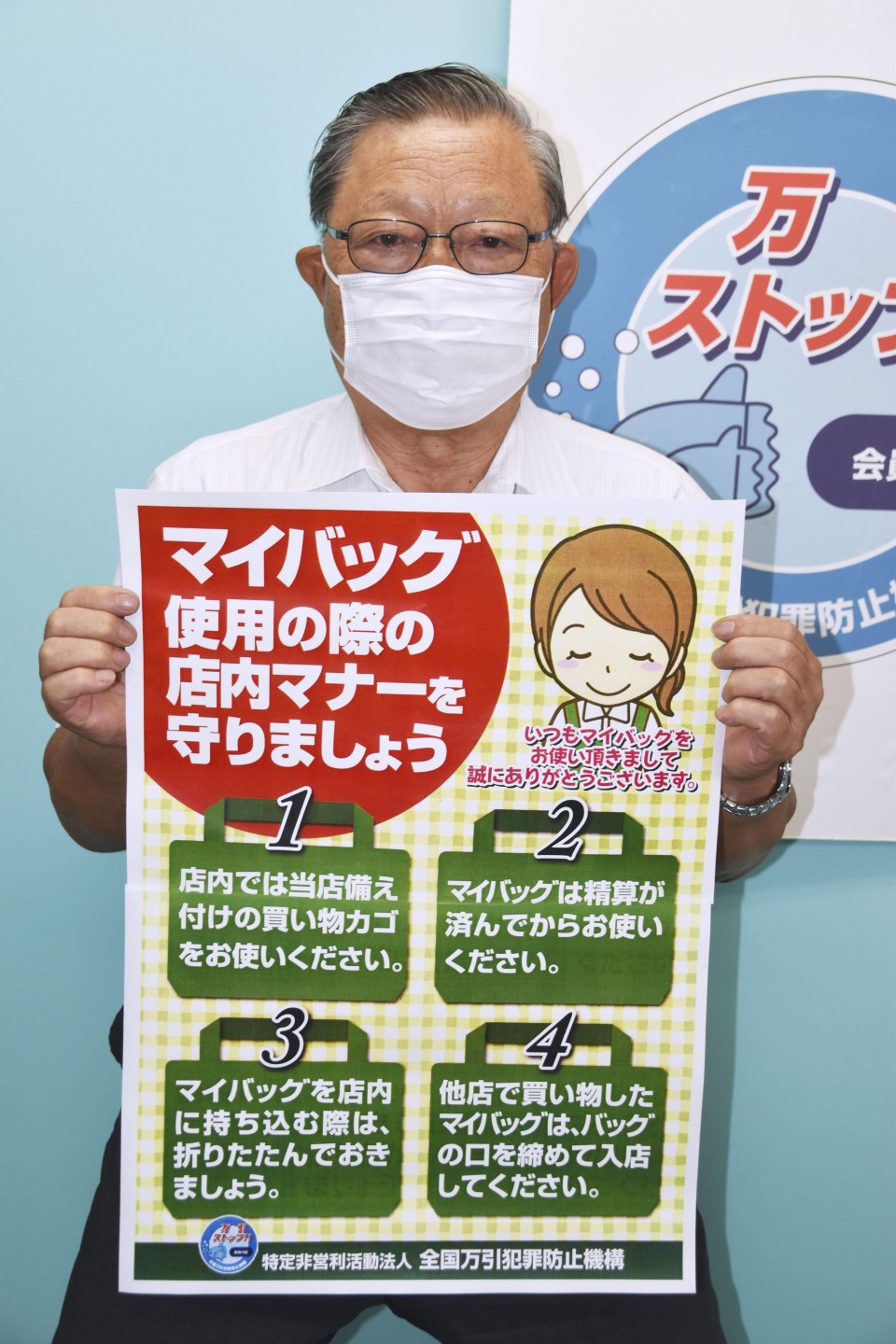 Akira Mitsuzane, a senior official of a Tokyo-based anti-shoplifting nonprofit organization, holds a poster which urges customers to use shopping baskets provided by stores and to keep personal bags folded until after purchases are made. (Kyodo)

The move followed an alleged shoplifting case on Aug. 10, in which a man was arrested at a supermarket in the city of Tambasasayama in western Japan's Hyogo Prefecture on suspicion of stealing instant noodles after putting them into his bag.

According to a survey conducted by the organization in 2014, when incentives were already in place to encourage use of personal shopping bags, 117 out of 511 retail companies, or 22.9 percent, said they had experienced more shoplifting as a result.

Retailers and security guards have expressed concern that the problem could become even more severe following July's introduction of charges for plastic bags. Japan's three largest convenience store operators said three-quarters of their customers did not buy plastic bags in July.

Seven-Eleven Japan Co., Lawson Inc. and FamilyMart Co. sell their plastic bags for 3 yen ($0.03) or 5 yen, depending on the size.

"If everyone abides by the etiquette (advocated in the poster), it will create an environment that makes it difficult for people" to use their bags for shoplifting, said Akira Mitsuzane, a senior official of the organization. "We ask for shoppers' cooperation."

On July 1, Japan started mandatory charging for plastic shopping bags at convenience stores, supermarkets, drugstores and other retail outlets, in line with a global trend of reducing plastic waste to combat marine pollution.

Japan generates the largest amount of plastic waste per capita after the United States, with plastic bags accounting for an estimated 2 percent of an annual 9 million tons of plastic waste produced in the country.