A Japanese man in his 20s has been detained by local authorities in Belarus amid continued protests following the presidential election earlier this month, the Japanese Embassy in the country said Monday.

The man, who lives in Minsk, was detained last Wednesday and has been kept in a facility within the capital city, the embassy said, adding that it is gathering information on why he is being held by Belarus authorities.

The embassy declined to reveal the identity of the man. 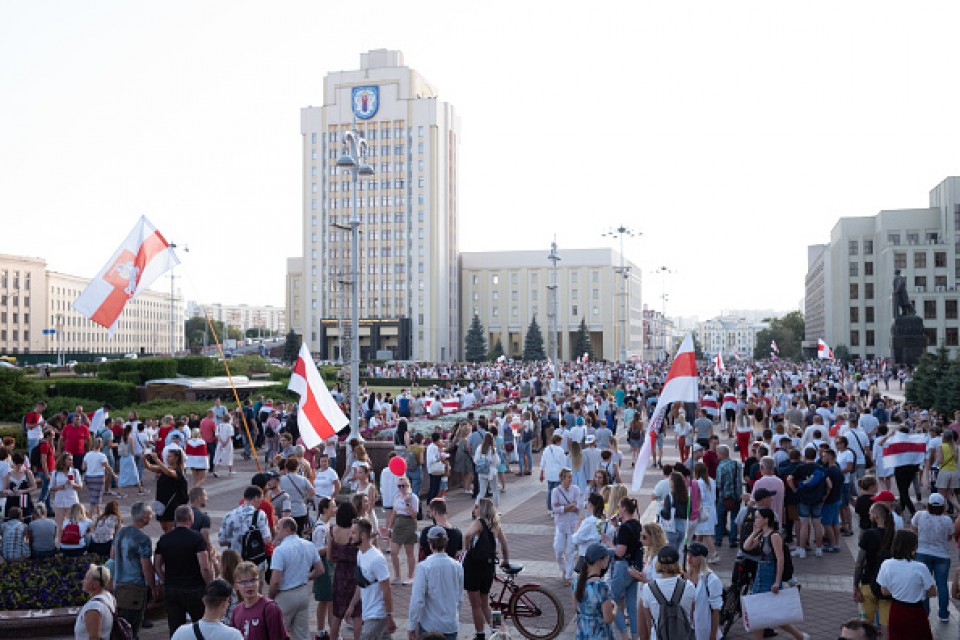 Demonstrators participate in an anti-Lukashenko rally on on Aug. 17, 2020 in Minsk, Belarus. (Getty/Kyodo)

Massive anti-government demonstrations have continued in the country after Alexander Lukashenko won his sixth term in an Aug. 9 presidential election widely criticized as unfair.

According to the interior ministry, more than 6,700 people had been detained by Monday. Meanwhile, the prosecutor's office said that most of the people taken into custody during demonstrations had already been released.

The United States and some European countries have criticized the Belarus election and questioned the results. The country's longtime ruler Lukashenko declared victory over a 37-year-old housewife who ran instead of her husband, an opposition figure barred from vying for the presidency.