Shinzo Abe now holds the record for the longest uninterrupted tenure as Japan's prime minister, a milestone that comes after years of consolidating power by winning election after election and appointing allies to key government positions.

But a shroud of uncertainty has been cast over Abe's political future amid criticism over his response to the novel coronavirus pandemic and questions about his health. 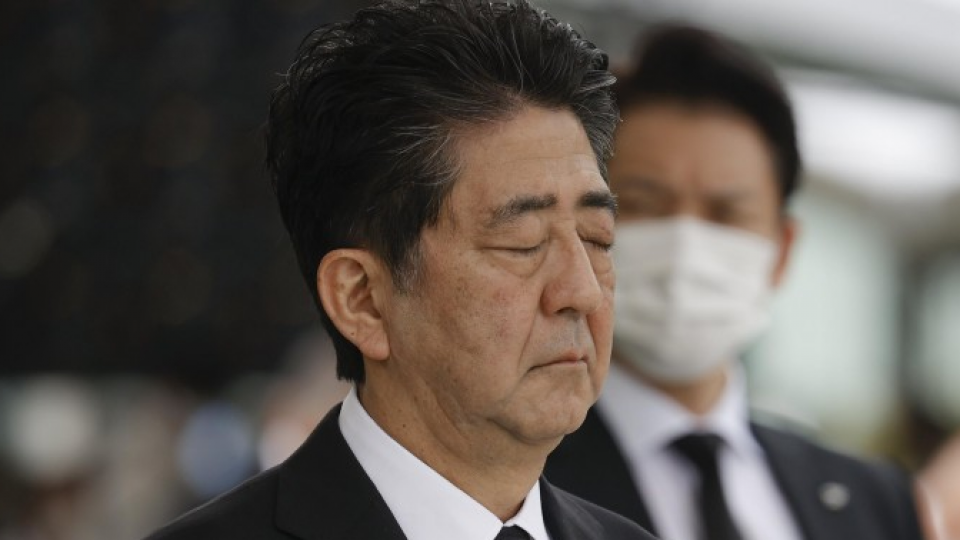 Japanese Prime Minister Shinzo Abe observes a moment of silence at 8:15 a.m. on Aug. 6, 2020, the time when an atomic bomb was dropped on Hiroshima by the United States 75 years earlier, during the annual ceremony at Peace Memorial Park in western Japan. (Kyodo)

Abe went to Keio University Hospital on Monday for follow-up tests following a visit a week prior. Speaking to reporters later in the day, the prime minister said he was ready to get to work while taking "every precaution" to guard his health.

With few details being released, the visit stoked speculation that Abe was unwell after a magazine reported he had coughed up blood in July.

The 65-year-old has appeared visibly tired during recent public appearances, and members of his ruling party have urged him to rest more after his summer break lasted just three days.

All of this has raised the question: What if history repeats itself and Abe steps down as he did when he was first in power from 2006 to 2007?

That resignation was caused by a bad case of ulcerative colitis, an intestinal disease that can cause stomach pain, diarrhea and extreme fatigue.

Concerns about Abe's health have major implications for who succeeds him.

The premier has not named an heir presumptive, meaning his premature exit before the end of his third and presumably final term as leader of the Liberal Democratic Party in September 2021 would leave the field open for contenders, said Masahiro Iwasaki, a politics professor at Nihon University.

The law stipulates that if the prime minister is incapacitated a Cabinet member will act in his place. That role would fall to Finance Minister Taro Aso, who doubles as deputy prime minister. The LDP would then have to choose a new leader, kicking off a scramble within the party to take the top job.

Leading candidates include Shigeru Ishiba, a former defense minister who has often been critical of Abe, and Fumio Kishida, the party's policy chief and a former foreign minister. 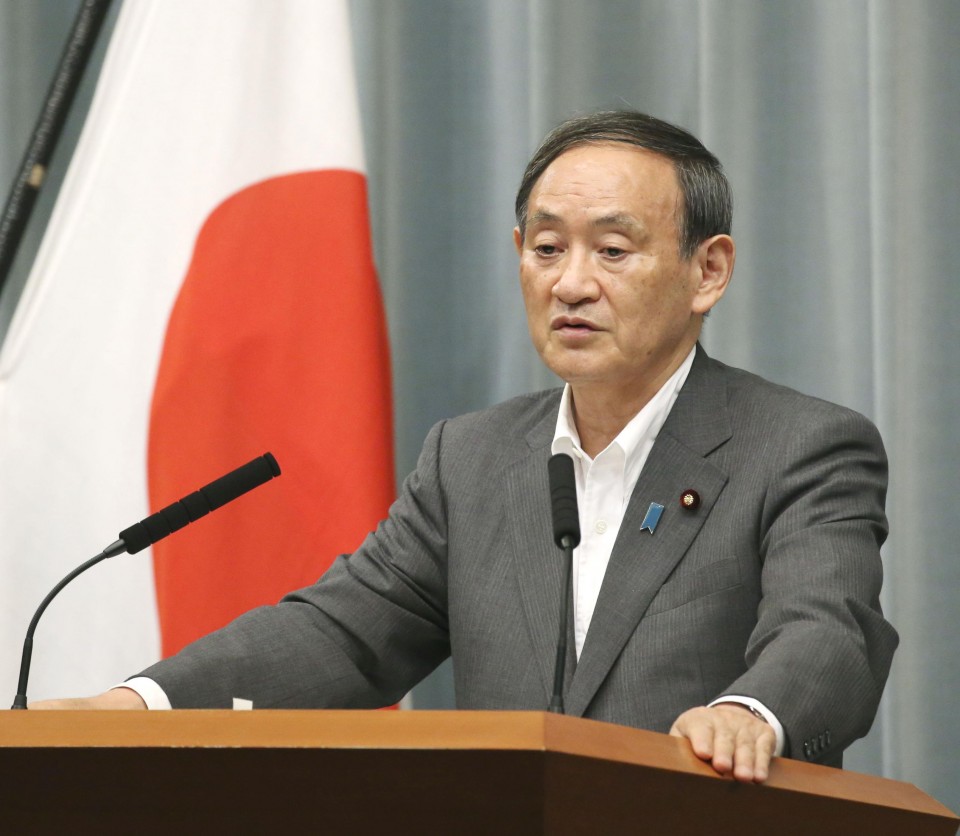 "No matter who takes the helm, it will be a messy process," Iwasaki said.

Signs of Abe's power waning may already be manifesting.

Between 2017 and 2019, no Cabinet members visited Yasukuni shrine, where convicted war criminals are enshrined along with millions of war dead, on the Aug. 15 anniversary of Japan's surrender in World War II, apparently reflecting the prime minister's desire to avoid angering neighbors China and South Korea.

This year, four Cabinet members including Koizumi visited, possibly an indication Abe is having a harder time controlling the more conservative members of his party.

Even if Abe proves to be healthy and remains in power, he would likely be a weakened leader treading water until the Tokyo Olympics and Paralympics, which have been postponed to next summer due to the pandemic.

"This administration doesn't have the legs to go legacy-building with only a year left," said Naoto Nonaka, a professor of comparative politics at Gakushuin University.

Nonaka said Abe is unlikely to fulfill his longtime goal of amending the postwar Constitution, which would require two-thirds support in both chambers of parliament and a majority in a nationwide referendum, and therefore his greatest achievement will be empowering the Self-Defense Forces to come to the aid of allies under armed threat in certain circumstances.

Abe has struggled to deliver in other areas such as foreign policy. His aim of securing the return of the Northern Territories, a group of Russian-held islands lying off Hokkaido, has yet to bear fruit, and he has been unable to make progress on efforts to repatriate those abducted by North Korea in the 1970s and 1980s.

Abe's drive to improve relations with China, which was to culminate in a state visit by President Xi Jinping in the spring, has been deadlocked amid Beijing's continued dispatch of ships near the Japan-controlled Senkaku Islands and concerns over the imposition of a sweeping national security law in Hong Kong.

Even Abe's friendly relationship with U.S. President Donald Trump has failed to shield Japan from threats of raised tariffs on automobiles and demands for a bigger contribution in the countries' security alliance.

There were some successes.

When Abe returned to power in late 2012, he made it a top priority to revive an economy battered by the previous year's massive earthquake and tsunami and the lingering impact of the global financial crisis.

Under his "Abenomics" policy mix, corporate profits surged to historic highs and the labor market improved. The Nikkei Stock Average more than doubled in value, helped along by purchases by the Bank of Japan, headed by ally Governor Haruhiko Kuroda.

But many of those achievements have been wiped out by the outbreak of the novel coronavirus, which has devastated businesses by sparking a sea change in consumer habits and stopping virtually all inbound tourism.

Even before the pandemic hit, the world's third-largest economy had slipped into recession, falling just short of reaching a new record for the longest postwar growth span.

"Most Japanese weren't able to feel the benefits of economic recovery under Abe," Iwasaki said.