With many parts of the Northern Hemisphere in the midst of a heat wave and some locations seeing record-high temperatures, there are fears that people will let down their guard and accelerate the spread of the novel coronavirus.

With the number of infections still on the rise globally and no end yet in sight, health authorities in many countries have warned that people might take off their face masks in crowded areas and go to beaches and lakes to seek refuge from the sweltering weather, thereby worsening the virus pandemic. 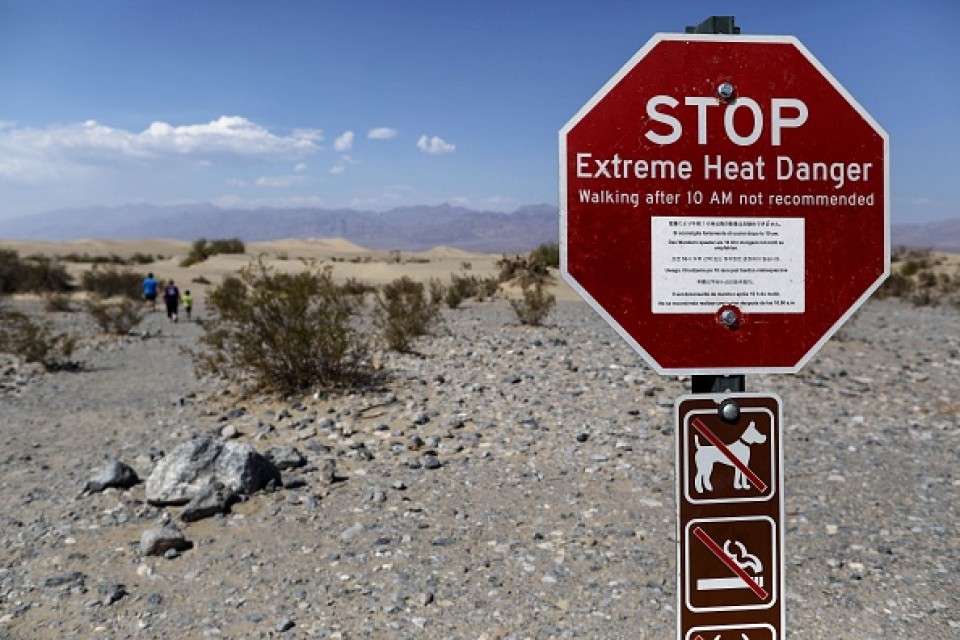 California's Death Valley recorded a temperature of 54.4 C on Sunday. If validated, it would be the highest-ever temperature on Earth since the 55 C recorded in Tunisia in July 1931, the World Meteorological Organization said Tuesday.

According to the WMO, the hottest temperature ever recorded was in Death Valley in July 1913 when it reached 56.7 C.

In the United States, which has the world's highest number of coronavirus cases and deaths, many areas have seen intense heat waves including the city of Phoenix, Arizona, where it was 47.2 C last Friday.

George Rutherford, an epidemiology professor at the University of California at San Francisco, urged the public to stay alert for the coronavirus, citing mass infection cases including students in Israel who stopped wearing face masks at school due to a heat wave. 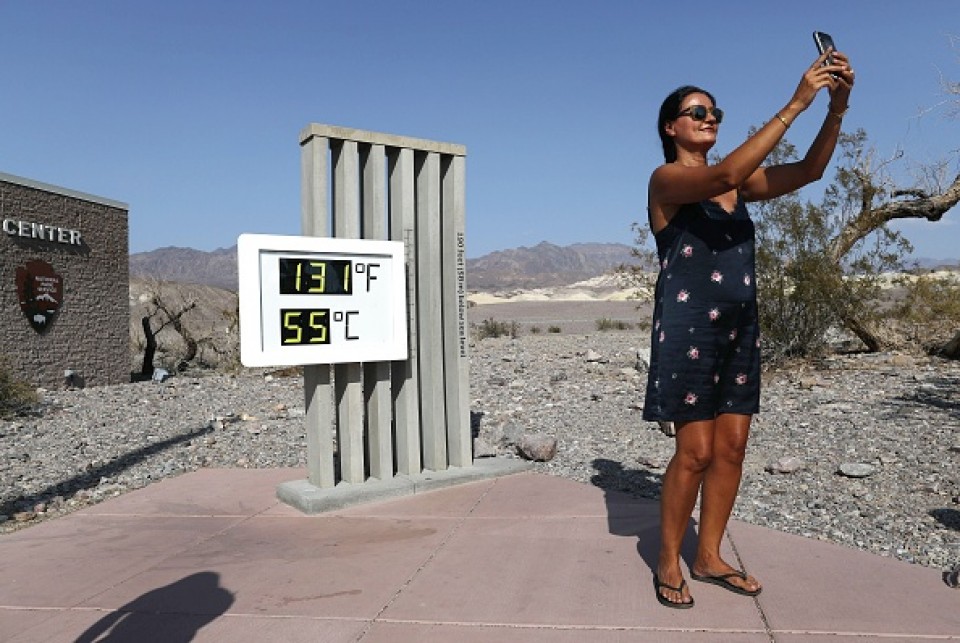 A visitor takes a photo in front of an unofficial thermometer at Furnace Creek Visitor Center on August 17, 2020 in Death Valley National Park, California. (Getty/Kyodo)

Other parts of the world have also witnessed extraordinary heat this summer, with Iraq's capital Baghdad logging the country's record-high temperature of 51.8 C at the end of July.

In Asia, the central Japan city of Hamamatsu on Monday recorded 41.1 C, tying the country's record logged in 2018 near Tokyo. Temperatures in Taitung, eastern Taiwan, rose to 40.2 C on July 25, also tying the highest-ever temperature recorded on the island.

In Russia, the mercury in northeastern Siberian town of Verkhoyansk in the Sakha Republic, located north of the Arctic Circle, soared to a record 38 C on June 20.