North Korea will provide special support for the border city of Kaesong that has been locked down since the country's first suspected case of the novel coronavirus was detected there late last month, state-run media reported Thursday.

The decision was made Wednesday at a gathering of the Executive Policy Council of the Central Committee of the Workers' Party of Korea, presided over by the nation's leader Kim Jong Un, according to the official Korean Central News Agency. 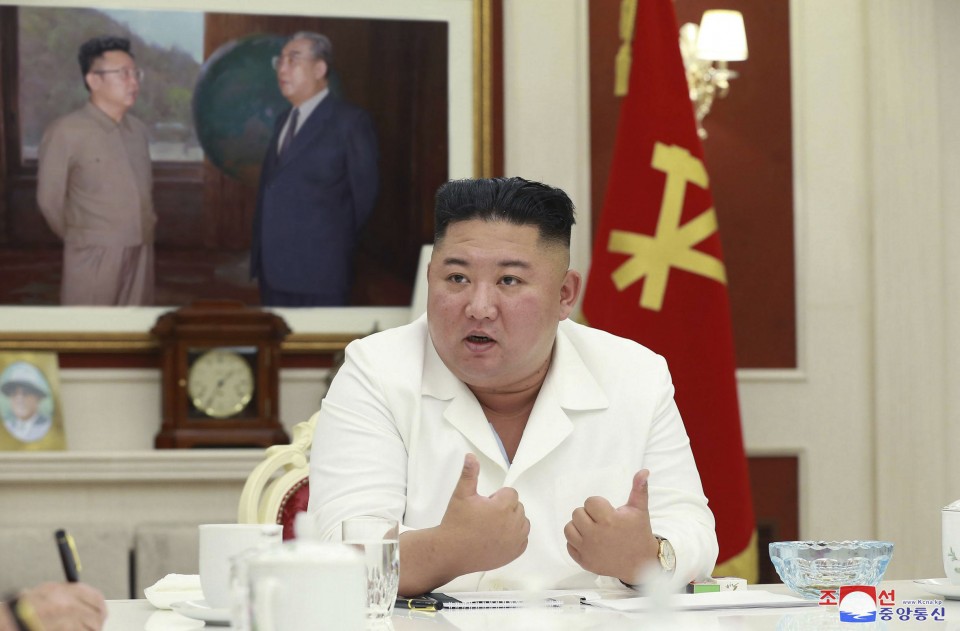 North Korean leader Kim Jong Un attends a gathering of the Executive Policy Council of the Central Committee of the Workers' Party of Korea in Pyongyang on Aug. 5, 2020. (KNS/Kyodo)

The meeting "discussed and decided on the Party Central Committee's special supply of food and funds to the city to stabilize the living of its citizens," KCNA said.

On July 26, the news agency said a person, who defected to South Korea three years ago, is "suspected to have been infected with the vicious virus" after "illegally" returning to Kaesong, which is on the border with South Korea, prompting Kim to block the city.

But state-run media has yet to report whether the person has been definitely diagnosed as a COVID-19 patient.

A World Health Organization official has said North Korea has quarantined 4,380 people, including those who have contacted with the person. The first and secondary contacts of the suspected case are expected to be isolated in government facilities for 40 days. 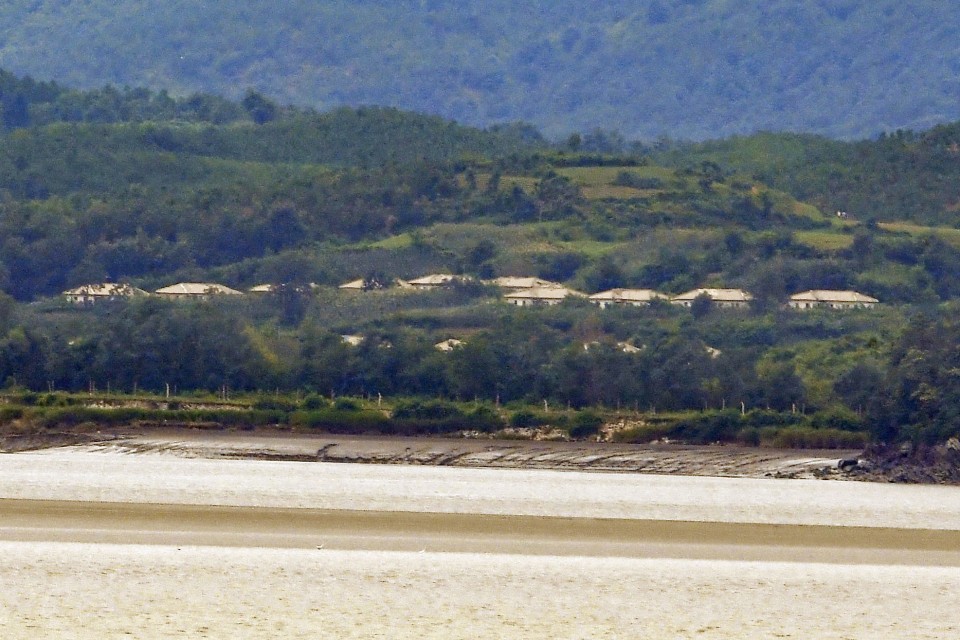 Photo taken July 29, 2020, from South Korea's Ganghwa Island shows the suburbs of the North Korean border city of Kaesong seen on the other side of the Han River. (Kyodo)

Meanwhile, the Rodong Sinmun, the newspaper of North Korea's ruling party, maintains that nobody has been infected with the virus so far in the country, saying measures will be stepped up to prevent the pandemic from spreading there.

At Wednesday's gathering of the Executive Policy Council of the Central Committee, senior officials also talked about how to improve the personnel affairs system of the party, KCNA said.

Radiopress Inc., a Tokyo-based news agency that monitors and analyzes North Korea's news, said it is the first time at least since the 1990s that the nation's state-run media reported the holding of such a meeting.

Since earlier this year, North Korea has cut off traffic to and from its neighbors, China and Russia, amid fears of the virus that was first detected in the central Chinese city of Wuhan.

In the past, North Korea barred foreigners from entering the country during the 2003 outbreak of severe acute respiratory syndrome, or SARS, and the Ebola epidemic in West Africa in 2014.