Terunofuji, whose championship in July highlighted his dramatic comeback from the depths of the sumo hierarchy, moved up 16 rungs on sumo's ladder to No. 1 maegashira in the Japan Sumo Association rankings published Monday.

A strong performance at the Autumn Grand Sumo Tournament at Tokyo's Ryogoku Kokugikan from Sept. 13 to Sept. 27 will lift him into the three "sanyaku" ranks below yokozuna for the first time since the November 2017 tournament, where he wrestled as a sekiwake and pulled out hurt. 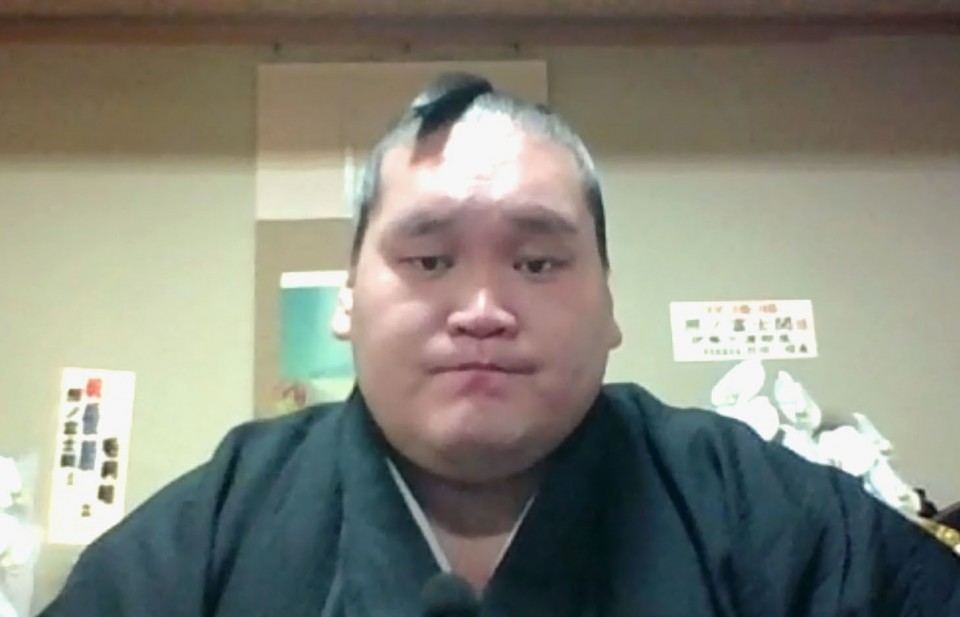 Screenshot image shows Terunofuji speaking in Tokyo on Aug. 3, 2020, a day after he claimed his second career top-division title at the July Grand Sumo Tournament. (Kyodo)

"Since I'm drawing this much attention, I have to work really hard at the next tournament," Terunofuji said.

The 28-year-old Mongolian, who has reached the sport's second-highest rank of ozeki, became the second wrestler this year to win a makuuchi division championship from the lowest maegashira ranking after Tokushoryu accomplished the feat in January.

As a top-ranked maegashira, Terunofuji will need to fight all of the division's elites instead of starting out among the lower ranks and working his way up.

"I'm responsible for that," he said. "I want to win as much as I can and not miss any chances."

"I'm just going to believe in what I've done and go for it." 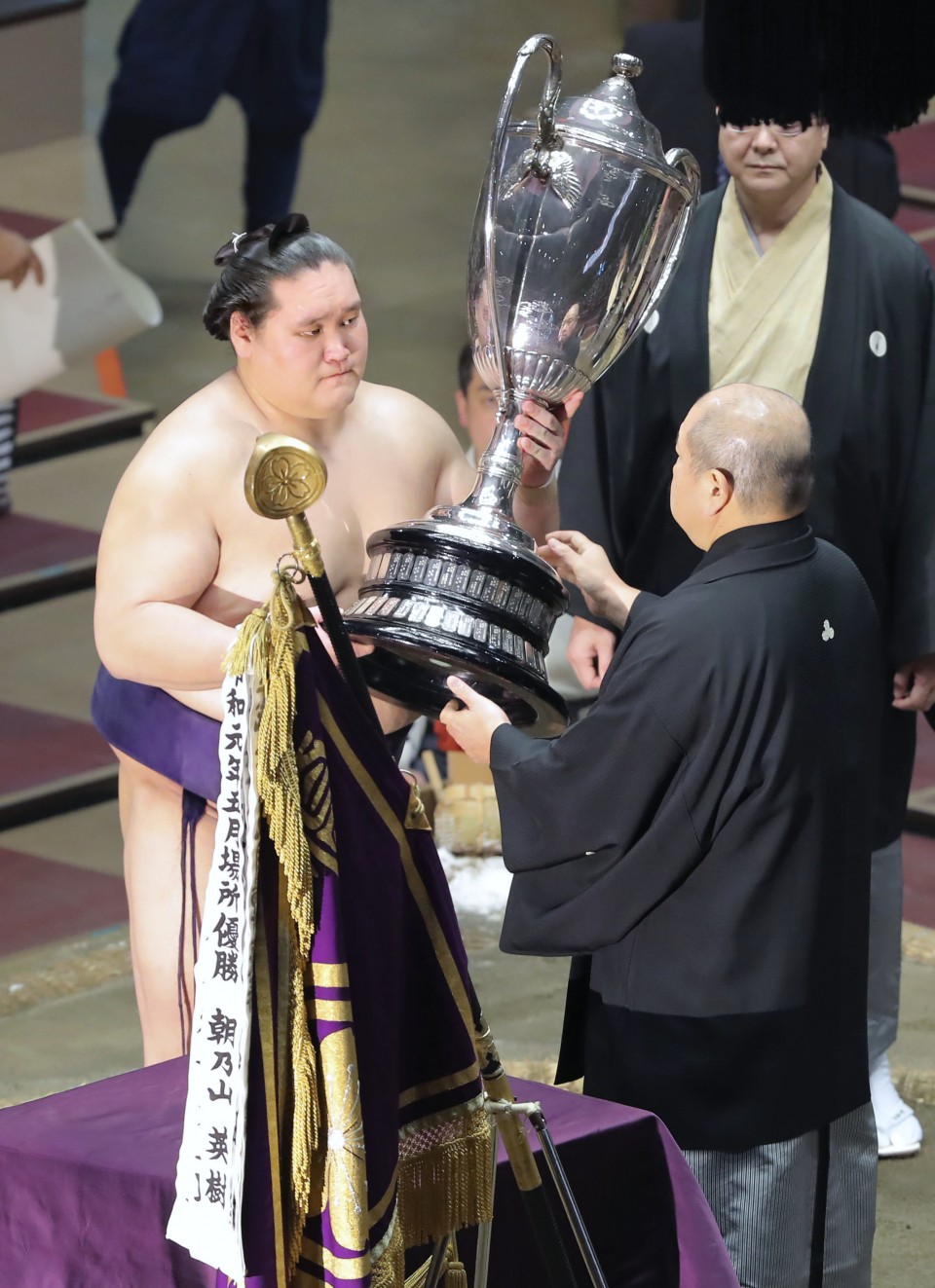 At the top of that list of opponents and still looking to add to the record 44th career championship he won in March is Hakuho, lined up as the east yokozuna.

Across from him on the west is Kakuryu. Both men withdrew with injuries in July, with Kakuryu going 0-2 and Hakuho 10-3 before pulling out of the 15-day meet held in front of a limited crowd.

The ozeki rank will once more be filled on the east by Asanoyama, the July runner-up, and on the west by Takakeisho, who earned the eight wins he needed to secure his rank at the last meet before pulling out with an injury.

Shodai returns as the east sekiwake, while Mitakeumi will be across from him on the west. The two finished with 11-4 records in July, as did Daieisho, who earned promotion to sekiwake from komusubi. Okinoumi is the east komusubi and is joined on the west by Endo, who moves up one spot from No. 1 maegashira.

At the other end of the spectrum, Tobizaru will make his makuuchi debut as a No. 14 at the age of 28. His arrival marks the 11th time two brothers have competed in sumo's top tier -- his 31-year-older brother Hidenoumi debuted in July 2015.

The other first-timer is 21-year-old Hoshoryu, at No. 16, who will become the 50th wrestler from abroad to compete in the top division and the 27th from Mongolia.

Three former makuuchi wrestlers will be returning as well. They are No. 13 Meisei, who has gone as high as No. 2 maegashira, No. 16 Kyokutaisei and No. 17 Ichinojo, a former sekiwake.

The JSA on Monday decided to continue capping spectator numbers to combat the spread of the novel coronavirus, with a maximum of around 2,500 fans to be admitted to Ryogoku Kokugikan on each day of the 15-day September meet.

The spectator cap will restrict the venue to about one quarter of its capacity, with no alcohol on sale and fans asked to express their support by only clapping, rather than cheering or yelling.

The safety measures were first introduced at the July meet, which was moved from Nagoya to Tokyo in order to limit travel and prevent the spread of the virus.