The Japan Bank for International Cooperation and Mizuho Bank have signed a $330 million syndicated loan for a plan to build what will be the first mega solar power plant in Qatar.

The project is part of efforts to spur the Middle East state's efforts to increase the proportion of renewable energy in its total electricity generation to 20 percent by 2030. 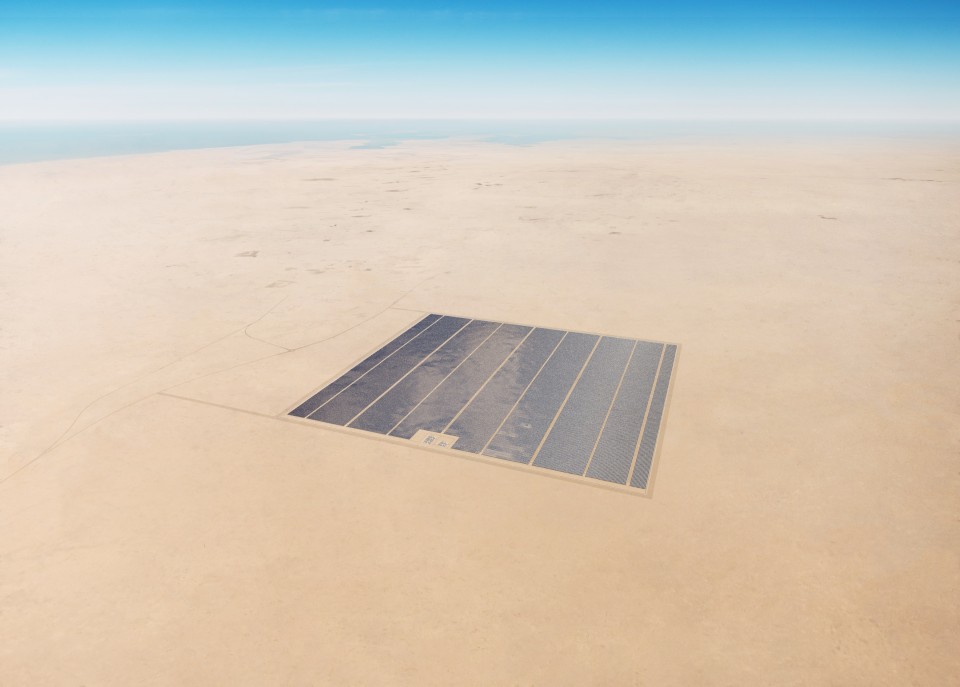 Photo shows a rendering of an 800-megawatt solar power plant which is under construction in the western Qatarvillage of Al Kharsaah, and expected to be completed in April 2022. The Japan Bank for International Cooperation and Mizuho Bank have signed an around $330 million syndicated loan deal for the project. (Photo courtesy of Marubeni Corp.)(Kyodo)

A major liquefied natural gas exporter to Japan, Qatar has long been relying on fossil fuels and thermal power generation.

"This loan is expected to contribute to further strengthening of the multilayered economic ties between Japan and Qatar," the government-backed lender JBIC said in a recent statement.

Under an agreement inked last month, a large-scale power station with an output of some 800 megawatts in the western Qatar desert village of Al Kharsaah is expected to start running commercially in April 2022, according to the JBIC.

A special purpose company established by Japanese trading house Marubeni Corp. and French oil giant Total S.A. along with a Qatari energy firm will own and manage the solar power plant, selling electricity for 25 years to Qatar General Electricity and Water Corp., it said.

The facility will be one of the world's largest power plants using double-sided photovoltaic panels, according to the JBIC and Mizuho.

The panels can also absorb sunlight reflected by the ground onto their rear side and are said to be more suitable for places with high reflection efficiency such as deserts, snowfields and water surfaces, they said.

Japan has been expanding investment in overseas infrastructure construction and management projects under its Export Strategy for Infrastructure System revised in June 2019.

Apart from Qatar, other Middle East oil-producing countries such as Saudi Arabia and the United Arab Emirates have been striving to diversity their energy sector into solar and other renewable sources and reduce greenhouse gas emissions.