The government will use the emergency money to mainly help disaster-affected small businesses as well as the agricultural, forestry and fisheries industries in the southwestern region of Kyushu, including Kumamoto Prefecture where more than 60 people have died, and other areas, officials said. 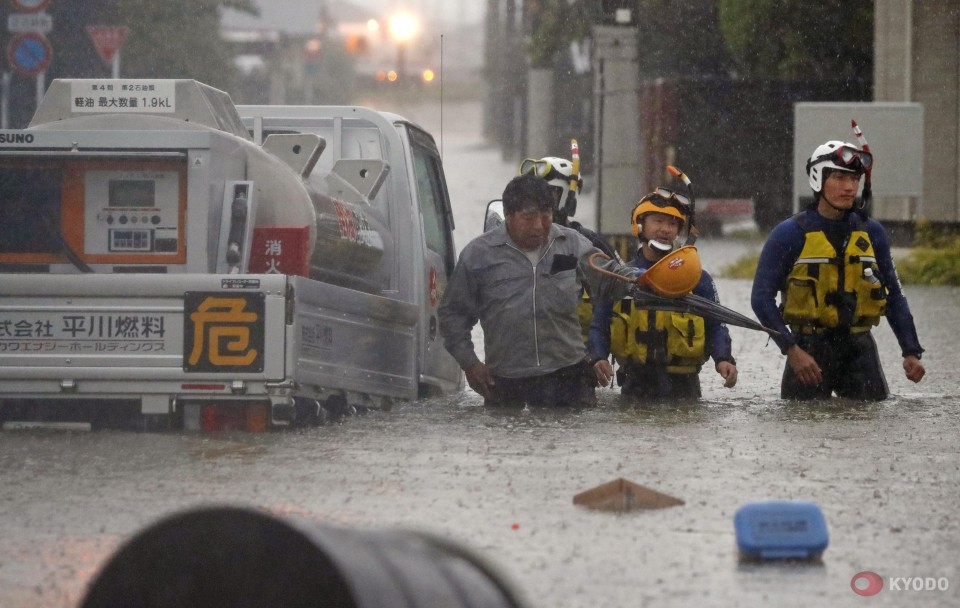 A man (L) is rescued by police after his vehicle became stuck on a road in the Fukuoka Prefecture city of Omuta on July 7, 2020, as torrential rain continues to hit Japan's southwestern region of Kyushu. (Kyodo)

Finance Minister Taro Aso told a press conference after the Cabinet approval that the money will be used to deliver "supplies essential to people's lives and livelihoods" such as water, food and emergency cardboard beds to ad hoc shelters, and face masks, without waiting for local municipalities to request such help.

The torrential rain struck a wide area of Kyushu Island and western and central regions for about a week from July 3, with the nationwide death toll topping 70 as of Tuesday, authorities said.

Abe instructed government officials on Monday to compile a rescue package worth more than 400 billion yen by the end of this month for devastated areas, after he visited Kumamoto Prefecture the same day. 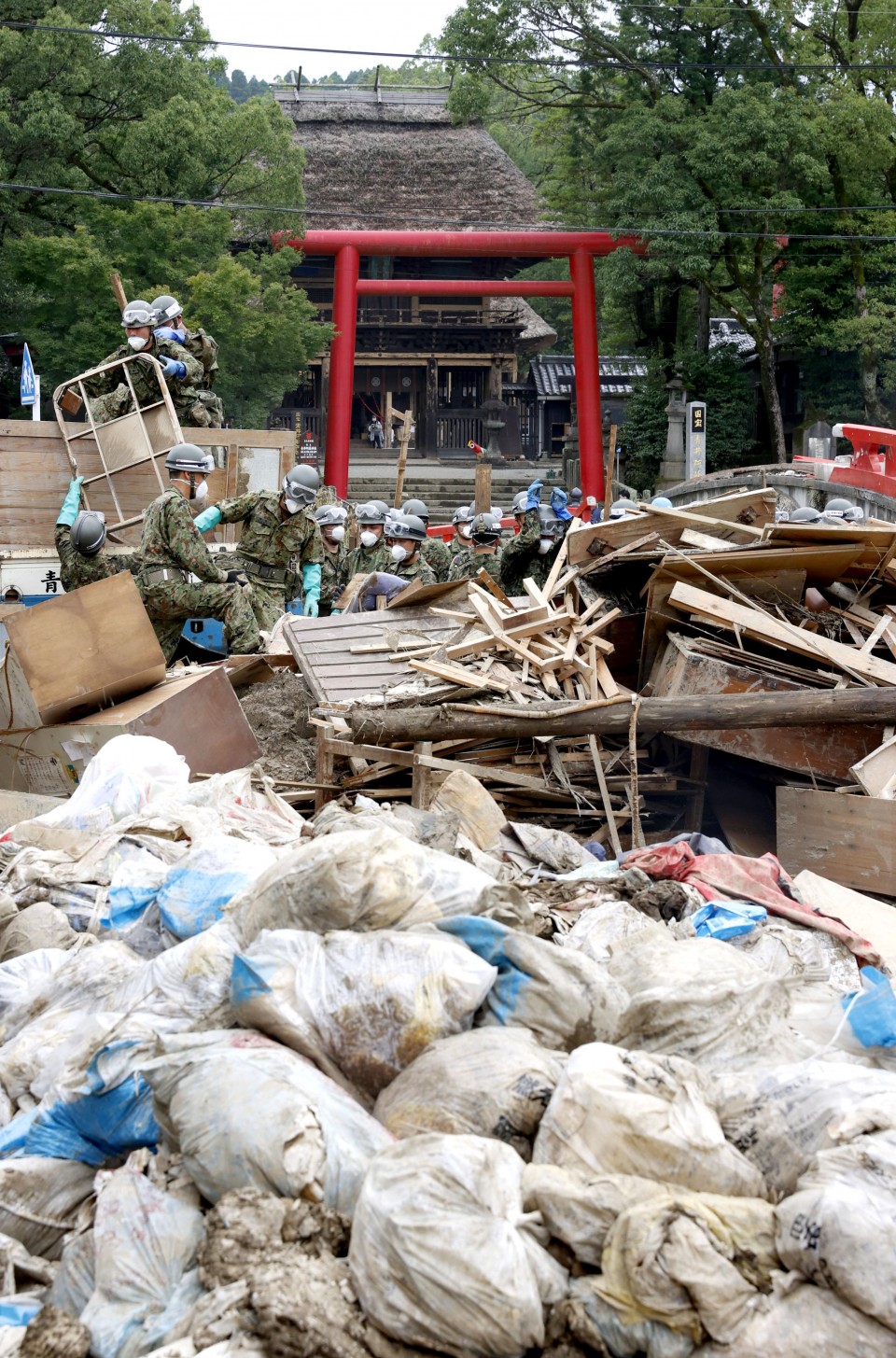 To boost recovery, the Cabinet designated the downpours a special natural disaster, facilitating extensions for completing official procedures such as renewing a driver's license and business licenses.

In total, 61 municipalities in Kumamoto and five of the country's other 46 prefectures benefit from the relief measures, which the government implemented for previous large-scale disasters such as heavy rain and flooding in western Japan in 2018, and last year's Typhoon Hagibis.

The government's initial budget for the fiscal year has set aside 500 billion yen as a reserve fund, apart from an 11.5 trillion yen fund for measures to fight the new coronavirus pandemic which was earmarked by the country's two supplementary budgets of more than 50 trillion yen in total for fiscal 2020.