Heavy rain triggered extensive flooding in the northeastern Japan prefecture of Yamagata through Wednesday morning after a river burst its banks at several locations.

While no casualties have been reported, the prefectural government has been trying to assess the extent of flood damage along the Mogami River, which began to overflow late Tuesday.

The land ministry has confirmed the river breached its banks at three locations in the town of Oishida as well as in Okura village, with at least 80 hectares of land inundated by Wednesday morning.

The Mogami River is the seventh longest river in Japan and the river basin accounts for about 75 percent of Yamagata Prefecture. 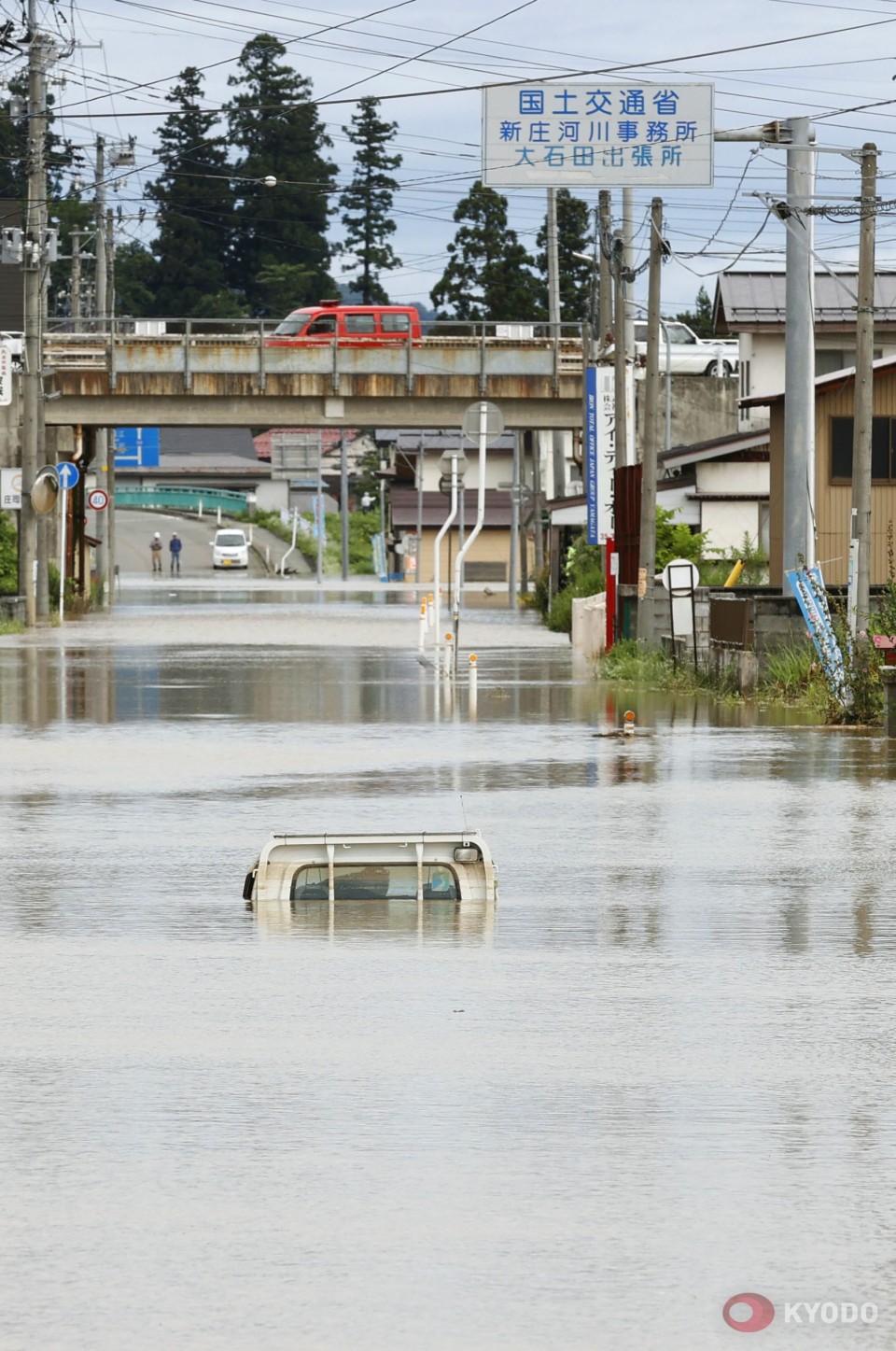 Photo taken July 29, 2020, shows a submerged light truck in a flooded residential area in Oishida in Yamagata Prefecture, northeastern Japan, on July 29, 2020, after the Mogami River overflowed due to heavy rain. (Kyodo)

According to the prefecture, around 90 homes have been damaged by the flooding and nearly 2,500 people have been evacuated.

Rainfall of over 150 millimeters was recorded in some areas of Yamagata in the 24 hours through Wednesday morning, while the city of Nagai experienced 205 millimeters. Nagai and the prefecture's two other cities of Murayama and Higashine faced record rainfall across 72 hours, although it had mostly stopped by Wednesday morning.

In neighboring Iwate Prefecture, more than a dozen buildings in Hanamaki and Oshu have been flooded as of Wednesday morning, according to the prefecture.