A monument was unveiled Saturday in Tokyo to a woman and her young daughter who were killed by a car in April last year driven by an 87-year-old former senior bureaucrat.

The monument to Mana Matsunaga, 31, and her 3-year-old daughter Riko was set up by the capital's Toshima Ward at a park near the crash site in the Ikebukuro district.

"May no person ever be deprived again of a peaceful, ordinary life by a traffic accident," it says in English and Japanese.

On April 19 last year, Kozo Iizuka, now 89, a former chief of the now defunct Agency of Industrial Science and Technology, ran a red light after mistaking the gas pedal for the brake and plowed into pedestrians at a crossing, killing the two who were on a bicycle and injuring nine others, according to his indictment. 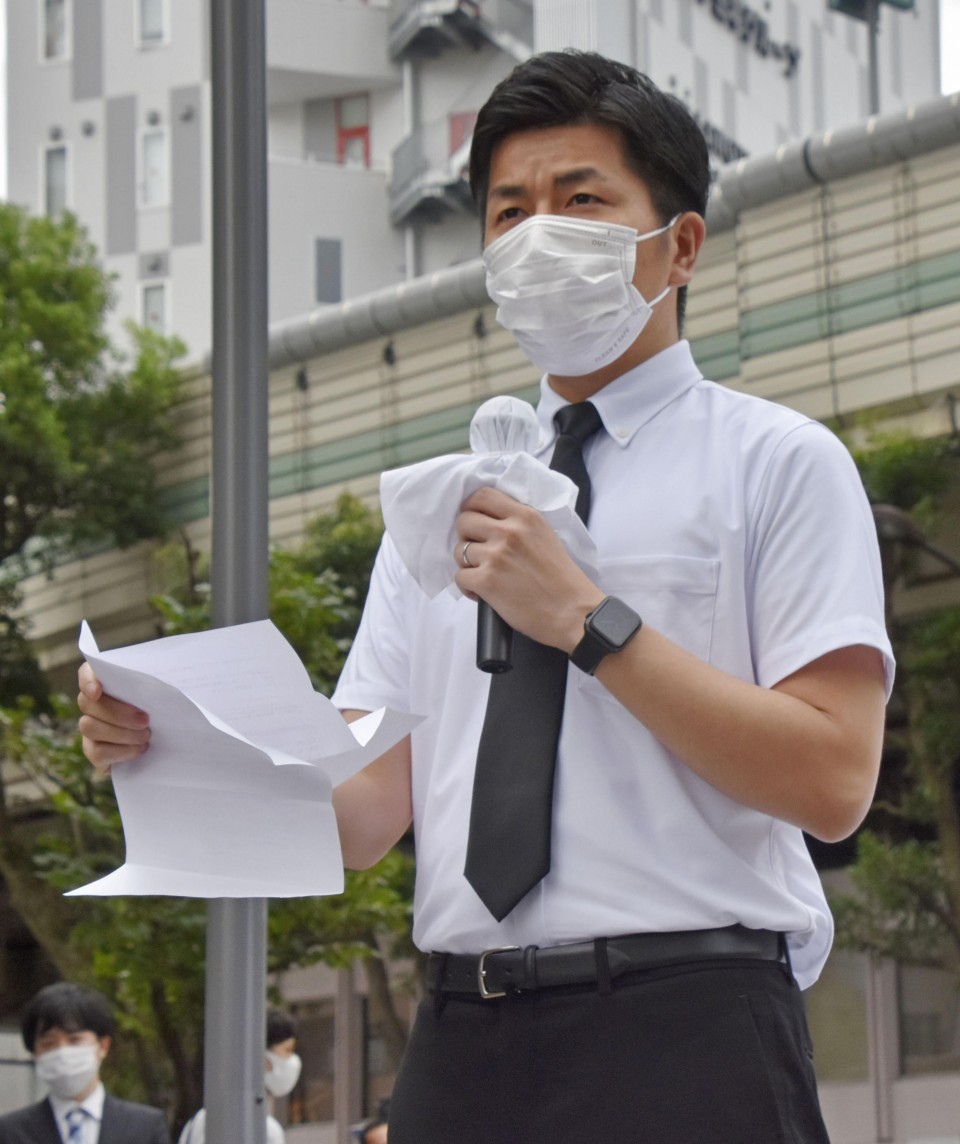 Takuya Matsunaga speaks at an unveiling ceremony for a monument to his wife and young daughter, who were killed by a car in April 2019 driven by an 87-year-old former senior bureaucrat. (Kyodo)

Ex-bureaucrat indicted without arrest over fatal car crash in Tokyo

"I lost the lives of my beloved wife and daughter. In a car accident, you can become a victim or a perpetrator in an instant. I want to continue to raise people's awareness so that no one else will feel the same way," said Takuya Matsunaga, 33, at an unveiling ceremony for the monument.

Police officers were among the participants in the ceremony who placed flowers at the site.

The sphere-shaped monument designed to resemble a bud was installed with the help of public donations worth more than 10 million yen ($94,000).

The ceremony was initially scheduled for April to mark a year since the accident but was postponed due to the coronavirus pandemic.

Prosecutors indicted Iizuka in February on a charge of negligence resulting in death and injury amid an outcry that apparent favoritism had allowed him to escape being arrested in the case.

The accident stirred debate on how to prevent accidents involving elderly drivers in rapidly graying Japan.