A first suspected case of the new coronavirus in North Korea has been detected, prompting leader Kim Jong Un to convene an emergency meeting of the ruling party, the state-run Korean Central News Agency said Sunday.

North Korea had previously claimed it was free of the virus, having cut off traffic to and from China since earlier this year. The coronavirus was first detected late last year in the central Chinese city of Wuhan and later spread across the globe.

A person who defected to South Korea three years ago is "suspected to have been infected with the vicious virus" after "illegally" returning to the North's border city of Kaesong, KCNA said. 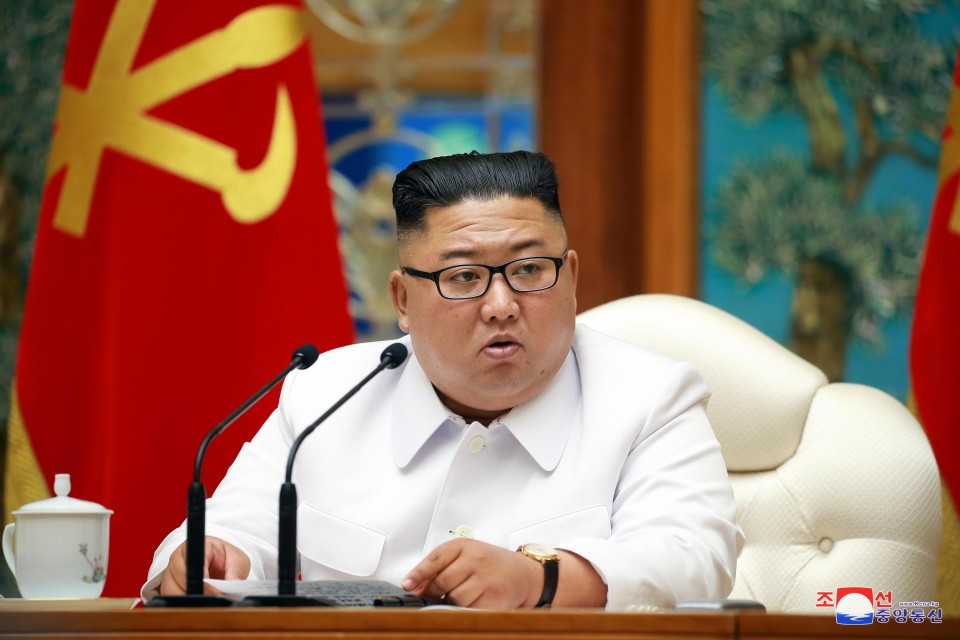 North Korean leader Kim Jong Un convenes an enlarged emergency gathering of the Political Bureau of the Central Committee of the Workers' Party of Korea on July 25, 2020, as a first suspected case of the new coronavirus in North Korea has been detected. (KCNA/Kyodo)

Kaesong has been "totally" blocked since Friday, while people who came into contact with the person and those who have traveled from the city in past five days have been put under quarantine, the news agency said.

At the enlarged emergency gathering of the Political Bureau of the Central Committee of the Workers' Party of Korea, held on Saturday, Kim pledged to implement anti-epidemic measures at the "maximum" level.

"Despite the intense preventive anti-epidemic measures taken in all fields throughout the country and tight closure of all the channels for the last six months, there happened a critical situation," Kim was quoted as saying by KCNA.

At the meeting, "the issue of the loose guard performance in the frontline area in the relevant area where the runaway to the south occurred" was also discussed and the party decided to "administer a severe punishment" if a similar case takes place.