Shohei Ohtani, who is injury-free and set to resume his two-way role for the Los Angeles Angels, stepped on the mound in a competitive game for the first time in 22 months Tuesday, throwing 50 pitches in an intrasquad game.

Ohtani said the biggest takeaway from the training game was the fact that he had "no problem" on the mound physically, although he did struggle with control and walked seven of the 10 hitters he faced at Angel Stadium. 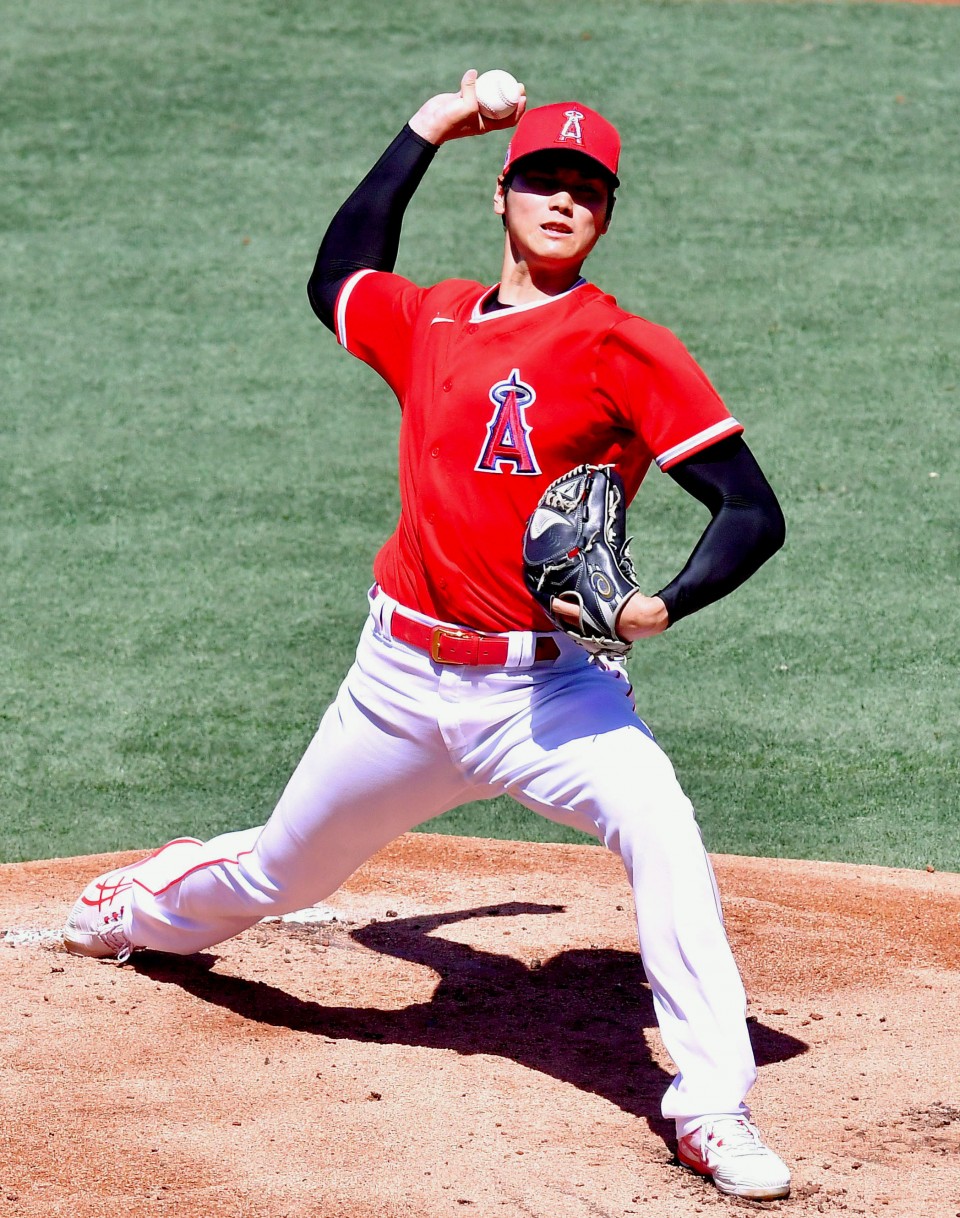 Shohei Ohtani of the Los Angeles Angels pitches in an intrasquad game at Angel Stadium in Anaheim, California, on July 7, 2020. (Kyodo)

He also struck out one and allowed one hit, using a variety of different pitches. Seventy percent of his pitches were balls.

"I played in games as a hitter so in my case it's a bit different. I didn't think the wait was particularly long," said Ohtani, who assured reporters he did not have any pregame jitters.

Ohtani was relieved after walking three straight batters in the third inning without getting an out.

"It's a unique situation, you're not playing against another club so it felt different," Ohtani said of his experience pitching to teammates.

"Obviously I didn't go all-out today. I might have played too safe especially against right-handed hitters, trying to locate the balls in the strike zone. It's not so much post-op fear but those (mechanical) issues that came up," he said.

The Angels will open the coronavirus-delayed season on July 24 at Oakland with no fans present. Major League Baseball and its players' union agreed to play a 60-game regular season, with every team playing only against teams in their own geographic region to limit travel.

Ohtani, who turned 26 on Sunday, would not have been ready to pitch if the season had started on time, as he only began throwing live batting practice in May. But the delay has given him more time to recover from the right-elbow surgery he underwent in October 2018. 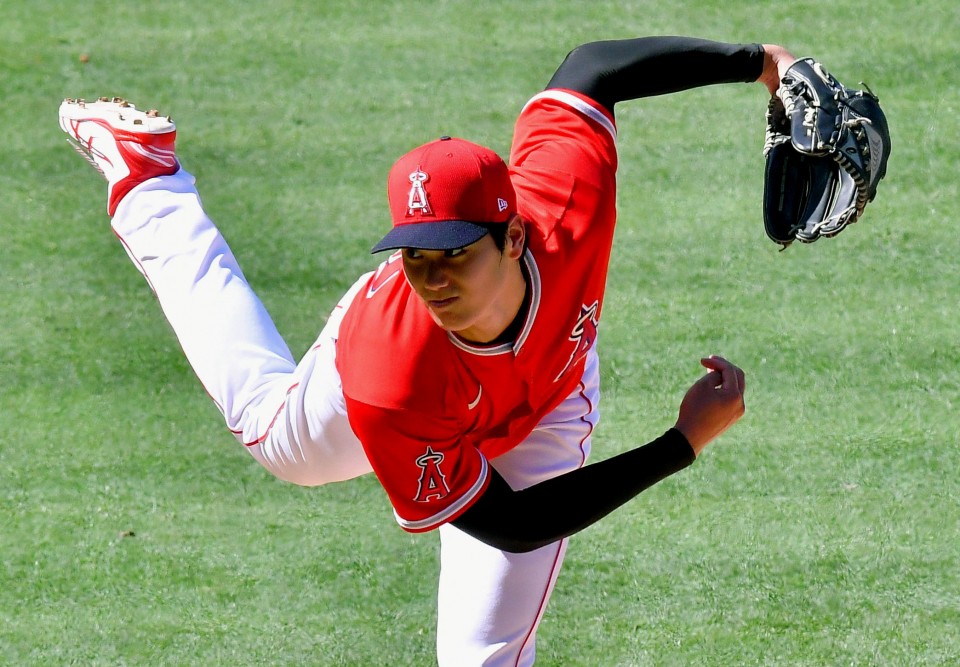