People who may be disillusioned with sports due to their lack of athletic prowess can now get their competitive juices flowing with the help of augmented reality, using physicality in a way that makes accessible fun the aim of the game.

Unlike virtual reality, which immerses a person's senses in an alternate environment, AR enables people to interact with digital information in their own environment -- overlaying graphics on live video to bring the virtual into real-life. 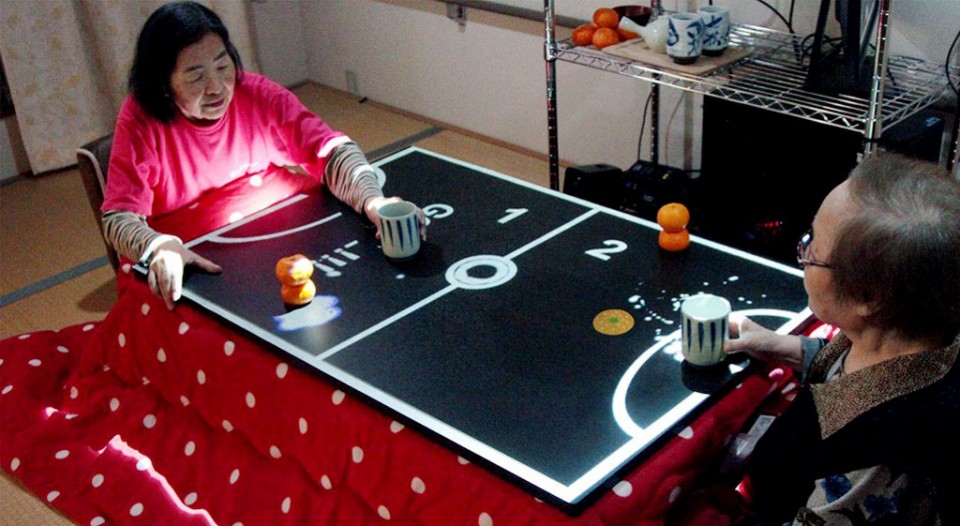 Among the innovative examples of augmented reality entertainment is "yuru sports," literally translated as laid-back sports in Japanese.

Yuru sports is focused more on enjoyment and recreation rather than competition, but people cannot help but try to get one-up on each other. It uses AR to make competition accessible and equitable, wherever players can connect to the internet with a device.

The AR version of yuru sports can be played by installing Snap Camera, an app that gives users access to thousands of AR face effects through their webcam.

For Japan's World Yuru Sports Association, which aims to remove barriers to participation in sport, getting people who are unable to play in person due to distance or disability, such as the elderly and individuals with impairments, to engage their competitive spirit via active recreation has been a challenge.

And the coronavirus pandemic has only made distanced and online activities more relevant, transforming the way people work, play and entertain themselves in a matter of months.

The World Yuru Sports Association was quick to jump on the remote play bandwagon. 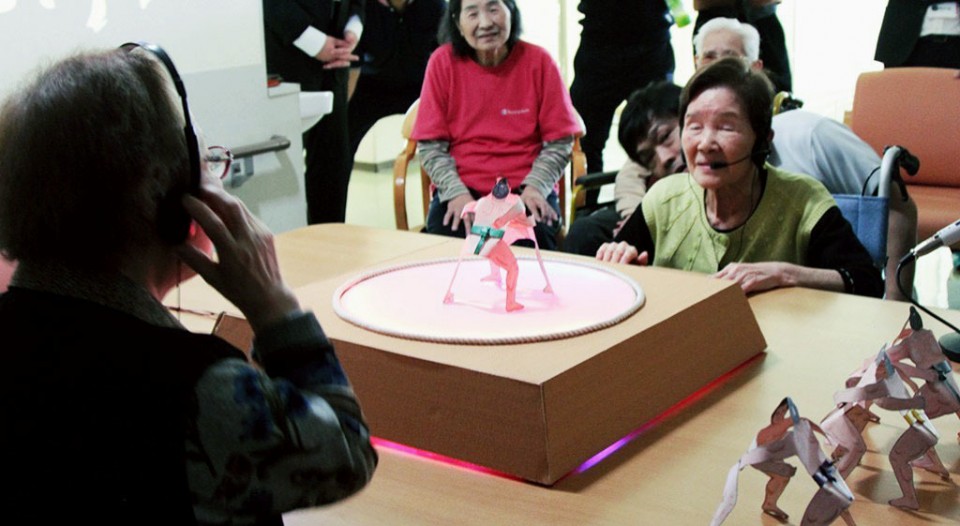 Last month, 20 people, including some with disabilities, took part in an AR event organized by the association with teams competing in six disciplines over two hours.

The AR aspect was vital to the competition, with many of the event results determined with the help of virtual scorekeeping.

One of the six AR-utilizing disciplines was the dry eye race, where participants try to blink after 10 seconds have elapsed. The closest to the mark is the winner. 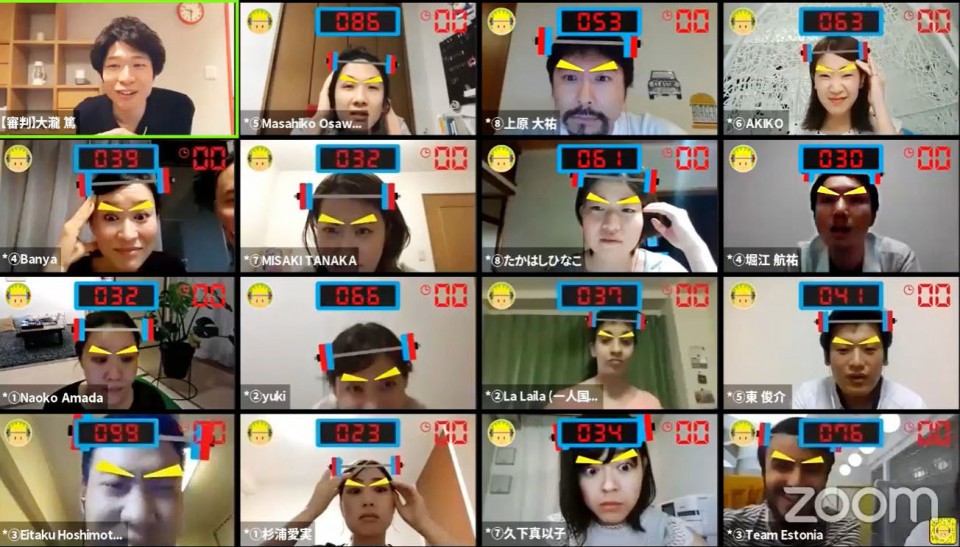 Screenshot image shows participants racing to see how many times they can move their eyebrows up and down in 30 seconds. (Kyodo)

In another event, participants raced to see how many times they can move their eyebrows up and down in 30 seconds, and another in which they performed facial "bodybuilding" by contorting their faces in as many ways as possible in a set amount of time.

Many of the events require facial movement only, and there is no score handicapping, meaning everyone competes on an equal footing.

"Our face is made up of muscles too. I think of sports differently now. You get moderately tired, like you do with any other sports," said Maiko Kuge, a 34-year-old television personality who participated.

"People at hospitals, people at special needs schools, people under different circumstances, everyone can play. I think this is a great idea," said para ice hockey player Daisuke Uehara, a member of Japan's silver medal-winning team at the 2010 Vancouver Winter Olympics.

The World Yuru Sports Association was founded in 2015 by Tomohiro Sawada, its representative director.

Sawada, a self-proclaimed non-sports guy, said he founded the organization so he could create fun, physical games and call them sports.

To date, the association has introduced over 80 yuru sports, and boasts more than 100,000 participants.

Building an online community will be their next big task, as will popularizing six newly invented yuru sports such as "ton ton voice sumo," where players manipulate paper sumo wrestlers using vibrations created with their voice. 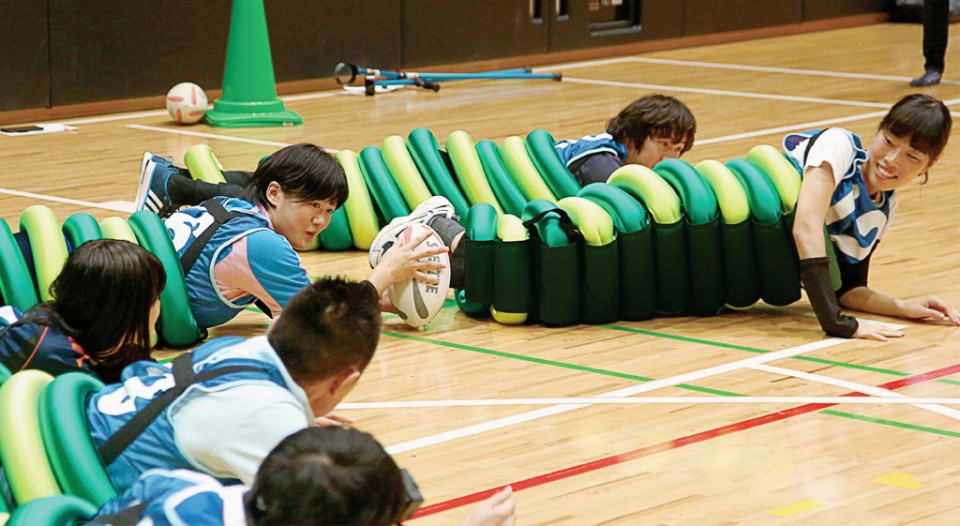 The World Yuru Sports Association plans to hold an online competition this summer.

With people being forced to adapt quickly to the social distancing necessitated during the coronavirus pandemic, it will get harder to hold in-person events for players who are visually impaired or users of wheelchairs.

But Sawada, 38, sees this as a huge opportunity to reach new audiences and start an inclusion revolution.

"Online allows people to do what they wouldn't be able to, for reasons like the summer heat and disasters. Even after the coronavirus pandemic has cleared we want to invent (more yuru concepts) and offer people a range of sports options," he said.