The Senate passed a bill Thursday to penalize banks that do business with officials who implement China's national security law on Hong Kong, the latest in a series of U.S. moves to pressure Beijing for eroding the territory's autonomy.

The bill, which the Senate received after the House of Representatives passed it the previous day, will require the signature of President Donald Trump to become law.

"We will not stand still and silent and do nothing while they crack down on freedom in Hong Kong," Democratic Sen. Chris Van Hollen, a co-sponsor of the Hong Kong Autonomy Act, said prior to the passage of the bill. 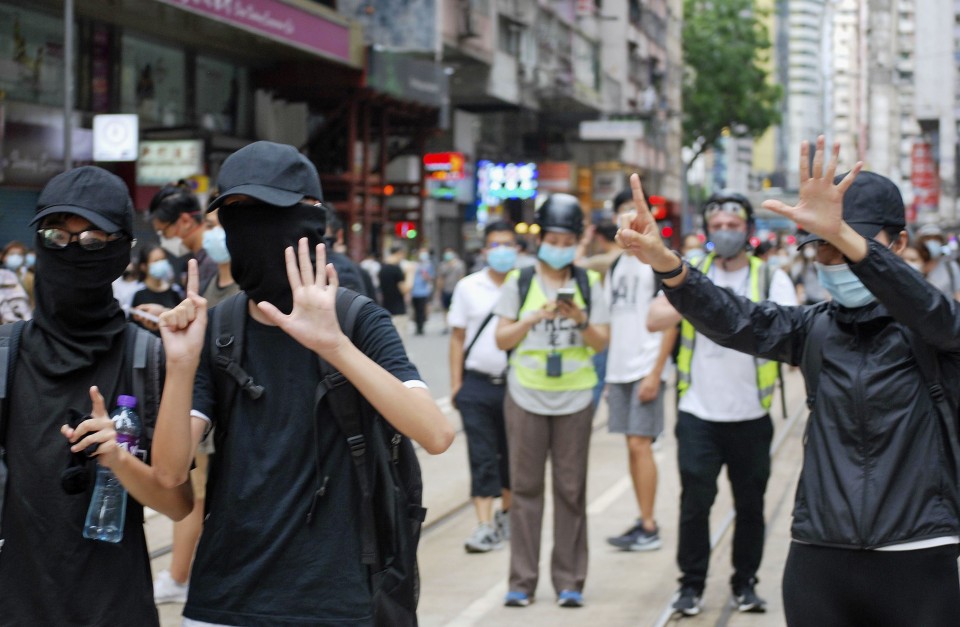 (People march in Hong Kong on July 1, 2020, the 23rd anniversary of the former British colony's handover to China, in protest against Beijing's controversial national security law for Hong Kong that came into force the previous day)

He also called for Trump to sign the bill "immediately," saying that "this is an urgent moment" to act given that China imposed the national security law on Hong Kong on Tuesday despite strong international concerns over the law's impact on the semiautonomous region's human rights and freedoms.

Under the Hong Kong Autonomy Act, the U.S. State Department should report annually to Congress about foreign financial institutions that knowingly conducted a significant transaction with individuals and entities responsible for material contributing to China's failure to preserve Hong Kong's autonomy.

Such institutions could be prohibited from receiving loans from a U.S. financial institution. Individuals and entities involved in the erosion of Hong Kong's autonomy could also face visa-blocking sanctions and asset freezes.

But the national security law has enabled China to crack down on what it views as subversive activity in Hong Kong by outlawing acts and activities of separation, subversion, terrorism and collusion with external forces. Those who commit the crimes can be punished with up to life imprisonment.

Seeing China's move as equivalent to abandoning the "one country, two systems" policy, the United States has started to revoke the special treatment extended by law to Hong Kong, which has helped make the territory an international financial hub.