Japan marked one year until the postponed Tokyo Olympics on Thursday, but questions remain about whether the games can go ahead after the host city recorded a single-day record of new cases of novel coronavirus infection.

The Summer Games were originally scheduled to open on Friday in the Japanese capital, featuring about 11,000 athletes from over 200 countries and regions, before the global health crisis forced the one-year postponement of the Olympics and Paralympics.

Despite the new schedule, the virus continues to cast a shadow over the games.

The Olympic organizers held a ceremonial event behind closed doors at the new National Stadium, the games' main venue, on Thursday evening, just hours after the Tokyo metropolitan government reported 366 new cases of virus infection, topping 300 in a single day for the first time.

Japanese swimming star Rikako Ikee, who was diagnosed with leukemia last year, held a lantern with the Olympic flame and delivered a speech calling on fellow athletes to unite during a difficult time. 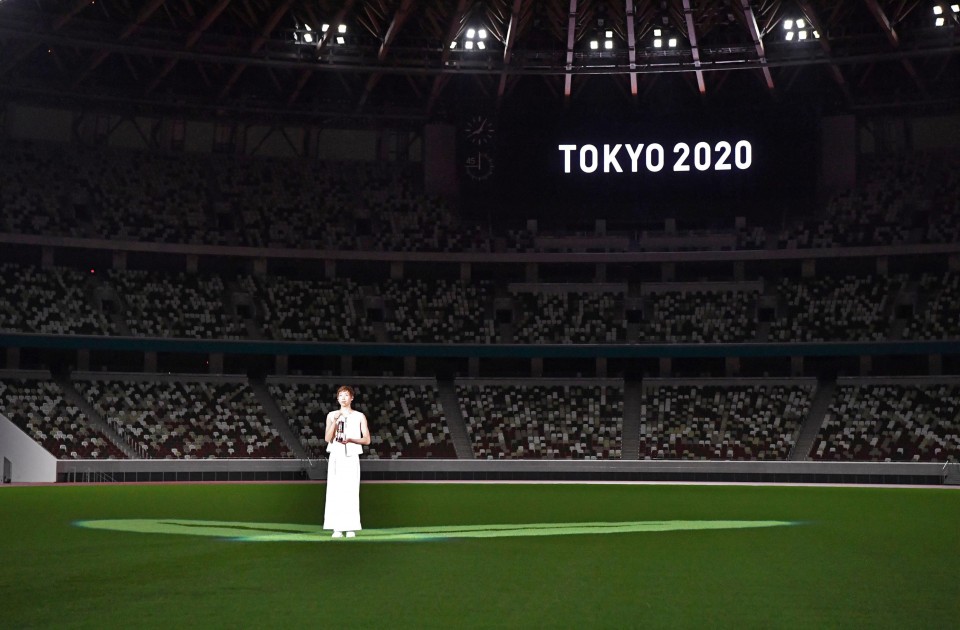 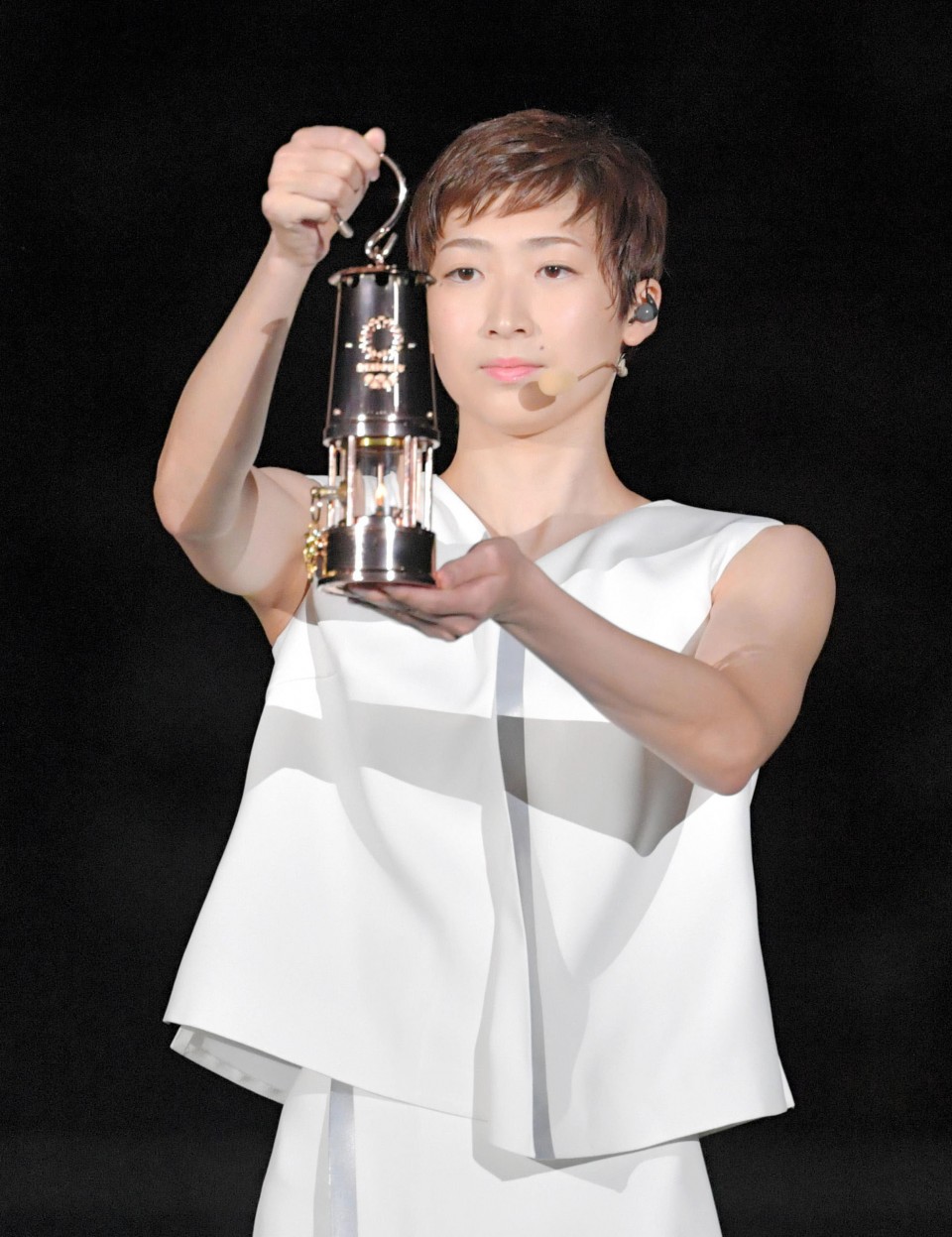 "It was my dream to compete at these games. The Olympics and Paralympics are special for athletes," said Ikee, a multiple national record holder who now aims to take part in the 2024 Paris Games.

"I think having the goal suddenly disappear from your eyes leaves you with a sense of loss beyond words. I know because I had this disease called leukemia."

Ikee became a star in Japan after winning six gold medals at the 2018 Asian Games. She was discharged from the hospital in December and has been training in a bid to make her competitive return in October.

"You need the power of hope in order to overcome adversity," she said. "I want the flame of hope to burn here on this day next year."

The first Summer Games in Tokyo since 1964 are set to stage a record 33 sports made up of 339 events between July 23 and Aug. 8 next year, with the Paralympics to follow between Aug. 24 and Sept. 5.

In a statement released by the games organizers, International Olympic Committee President Thomas Bach said, "With only one year to go, a mammoth task still lies ahead of us."

"With our Japanese partners and friends, we agree that we have to adapt the planning of the Olympic Games Tokyo 2020 to the requirements of the global crisis, while maintaining the unique spirit and message that define our mission."

Since the unprecedented decision to delay the games, the local organizing committee has been reworking its preparations made over the past six years. 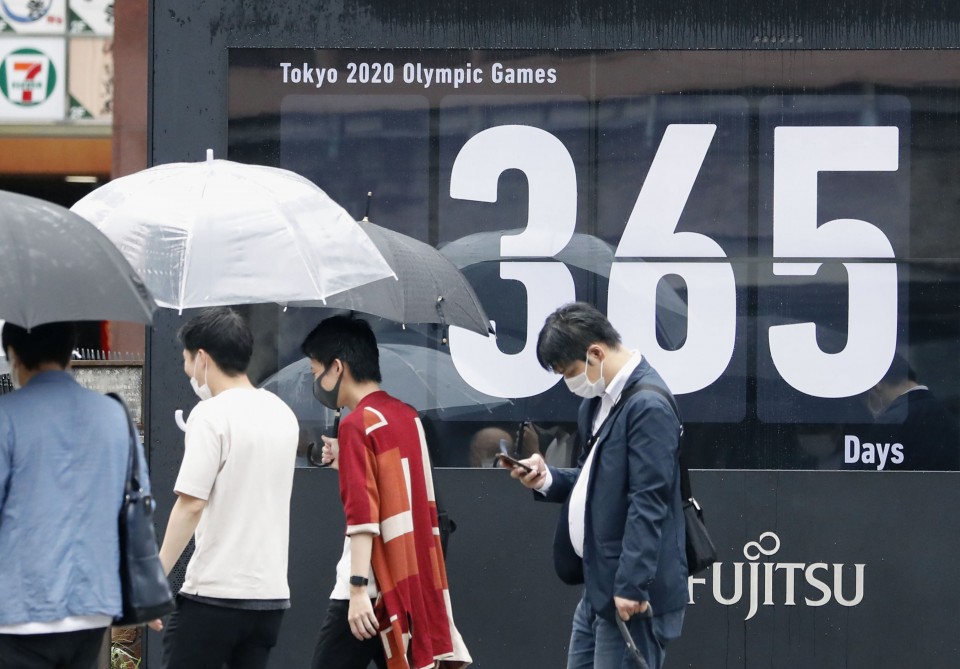 Photo taken July 23, 2020, in front of Shimbashi Station in Tokyo shows a countdown board to the Tokyo Olympics, postponed until 2021 due to the coronavirus pandemic. (Kyodo)

In an effort to cut extra costs and secure the safety of athletes, spectators and staff, the organizers and the International Olympic Committee have agreed to hold a "simplified" games.

Next year's games, which are still known as "Tokyo 2020," will be held at the same competition venues and under the same schedule as planned before the postponement, the organizers said Friday.

While the IOC has agreed to allocate an extra $650 million, which is approximately 69 billion yen, the additional cost for the postponed games is expected to run into several hundreds of billions of yen. The organizing committee has been calculating the extra cost and expects to make an official report in the fall.

This measure will allow athletes and related parties to enter Japan even if the global virus situation prevents the government from lifting the ban on certain countries, according to several sources close to the matter.

Japanese Prime Minister Shinzo Abe and IOC President Thomas Bach agreed on March 24 to push back the games after athletes and National Olympic Committees voiced fears over the virus, and a number of qualifying events had to be canceled.

Last year, the games organizers and Tokyo metropolitan government held a ceremony on July 24 to mark the one-year countdown and unveiled the designs of the Olympic medals.