The J-League first division resumed behind closed doors on Saturday after a roughly four-month hiatus brought on by the coronavirus pandemic.

The slate of matches includes the Osaka Derby between Gamba Osaka and Cerezo Osaka at Panasonic Stadium. At Saitama Stadium, reigning champions Yokohama F. Marinos take on the Urawa Reds.

The J2 division resumed a week ago, when the J3 held its opening day originally scheduled for early March. The league is planning to gradually begin admitting spectators into stadiums from July 10 in an effort to limit the spread of infection.

The condensed season is expected to wrap up on Dec. 19, and will be followed by the Emperor's Cup final on Jan. 1. The abbreviated tournament will open on Sep. 16 and feature only the top two teams from the J1 entering from the semifinals.

The Levain Cup will also go forward under a modified format on Aug. 5, with group opponents facing each other once instead of playing home and away.

The J-League suspended play in late February after the J1 and J2 had completed the season's opening round. The J3 had been slated to begin on March 7.

The league has suspended relegation to avoid further disadvantaging clubs who are already struggling with lost revenue during the interrupted season. 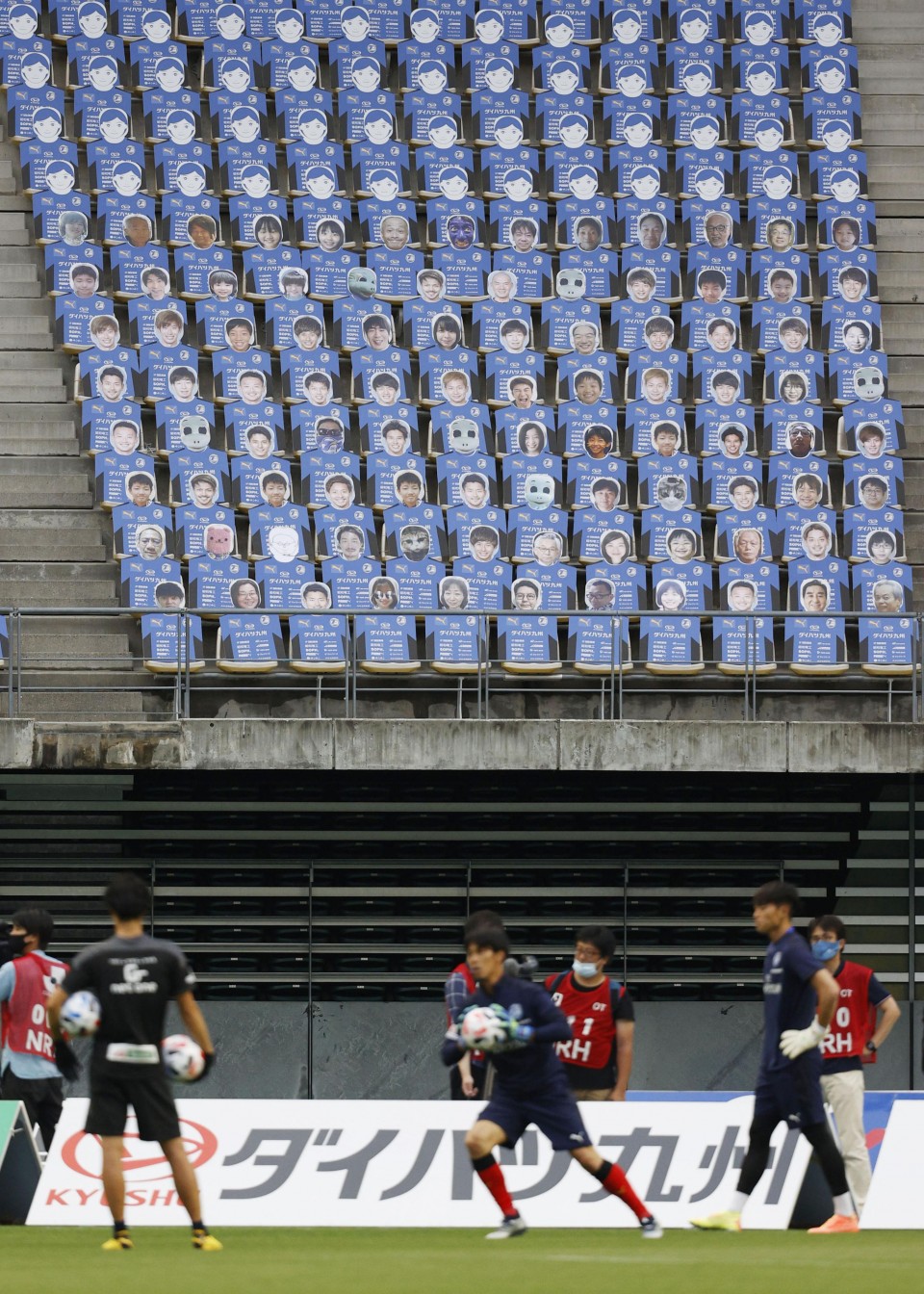