The new wave of coronavirus infection is spreading fast and wide in the community as there are more cases with no traceable source of infection, a health official said Friday.

Of the 38 new confirmed cases, 32 were locally transmitted, including 11 residents of a public housing estate, 10 who are related to two local restaurants and nine whose source of infection is unknown. The other two are an elderly home resident and a teenage son of a patient. 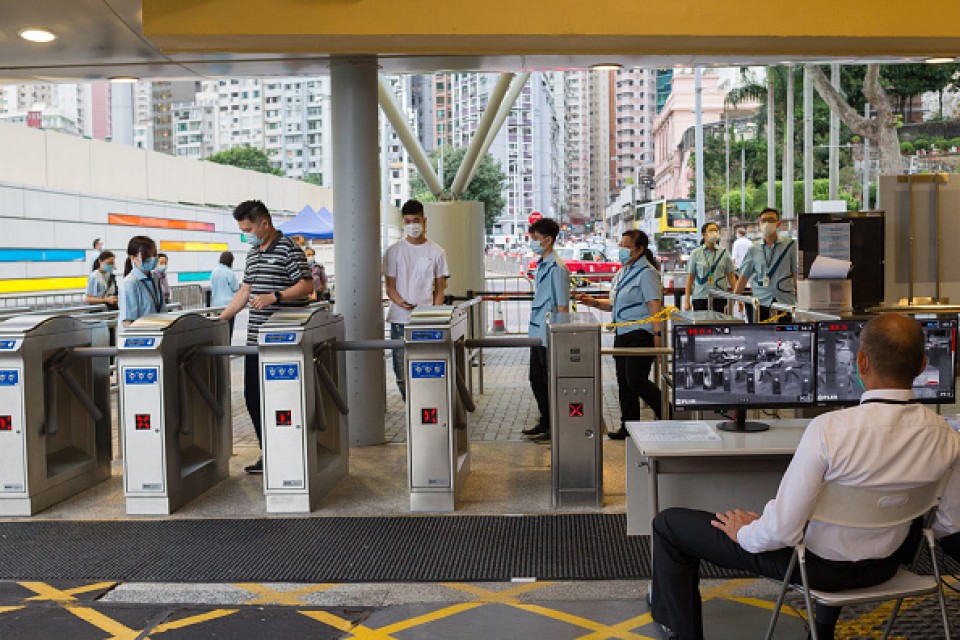 Public entrance at Happy Valley Racecourse on July 8, 2020 in Hong Kong. Racegoers have to abide by public health measures including temperature screening before entry, filling in health declaration forms and wearing surgical masks during the race meetings. (Getty/Kyodo)

"The trend in the last few days (has shown) that the spread of infection seems to be quick and many close contacts of affected cases also claim to have symptoms," Chuang Shuk-kwan, head of the Communicable Disease Branch of the Center for Health Protection, said. "It is possible that more cases will come and there is a possibility of a big community outbreak."

Compared with the early outbreak in March where clusters of cases were found with obvious links, Chuang said the current spread in the community seems to be much wider as the virus infected more elderly people, taxi drivers and patrons of some local restaurants, making it harder to stop the spread.

To prevent the spread of the virus, the Education Bureau has ordered primary and secondary schools to begin their summer recess starting Monday, while urging schools to cancel summer activities.

Scientists have blamed the earlier relaxing of social distancing rules in restaurants and entertainment venues in mid-June for the resurgence of the infections. The government has announced reinstalling some of the measures, including limiting restaurant capacity at 60 percent with a maximum of eight people per table, in light of the rise in cases.

The total tally of infections in the territory has reached 1,403, with seven deaths.