Los Angeles Angels manager Joe Maddon confirmed Tuesday that Shohei Ohtani will pitch once per week in what is expected to be a six-man rotation when the shortened 60-game Major League Baseball season gets underway.

"He's part of our rotation," Maddon said in a conference call, adding that the team will accommodate Ohtani and ensure that he has seven days between each start as he eases his way back into action.

"Off days will always play into this, so think of it more on pitching one day per week as opposed to five or six (days). That's something we have to be creative with to make sure that we run him out once a week, and by doing that, we believe we'll be getting his optimal abilities."

Ohtani is healthy and cleared to pitch and serve as designated hitter this season. The 26-year-old Japanese is entering his third season in the majors.

Ohtani, who has not pitched in a regular-season game since 2018 after tearing his ulnar collateral ligament and undergoing Tommy John surgery, dealt with some back stiffness after his last outing on July 7. 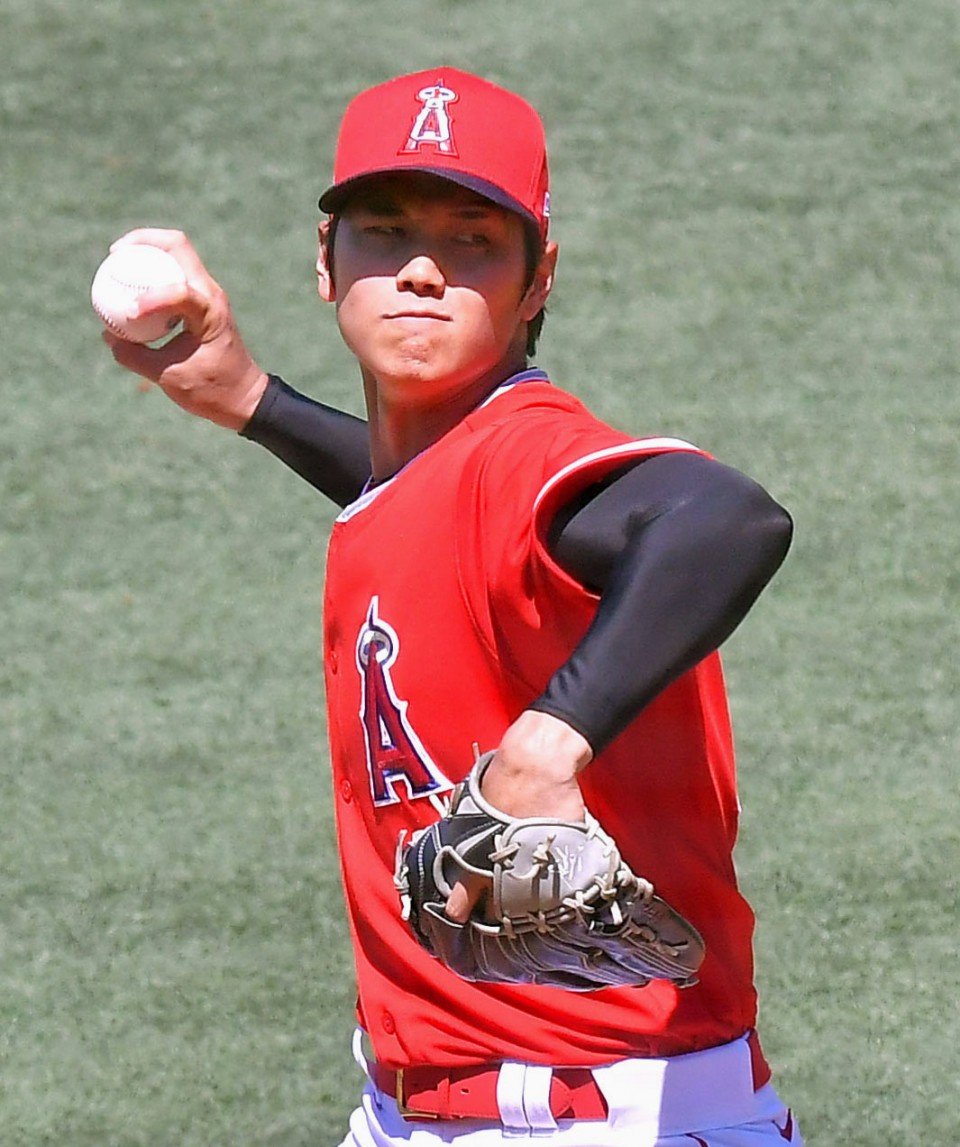 Shohei Ohtani of the Los Angeles Angels pitches in an intrasquad game at Angel Stadium in Anaheim, California, on July 7, 2020. (Kyodo)

But he showed improvement in his second training camp start on Monday, throwing 64 pitches in a 3-1/3 inning, one-run, two-hit effort.

Angels pitching coach Mickey Callaway said he is "pleased" with Ohtani's progress on the mound.

"He made a really good adjustment and looked really solid yesterday....He seemed to be recovering really well and on schedule to impact his rotation throughout the season," Callaway said.

"We're going to really count on him a lot."

The pandemic-delayed 2020 season opens with two games on July 23. The remaining teams, including the Angels, will begin their season on July 24.

Left-hander Andrew Heaney is expected to make his first opening-day start for the Angels, who will start their schedule with a four-game series in Oakland.