International Olympic Committee President Thomas Bach said Wednesday that his organization does not want to stage an Olympic Games behind closed doors.

His comments came after the executive board met to prepare for Friday's 136th IOC session, and heard status reports from the coordination commissions for the Tokyo Games.

During an online press conference, Bach was asked whether a behind-closed-doors games was under consideration for the Tokyo Olympics, postponed from their start date of July 24, 2020 to July 23, 2021, due to the novel coronavirus pandemic. 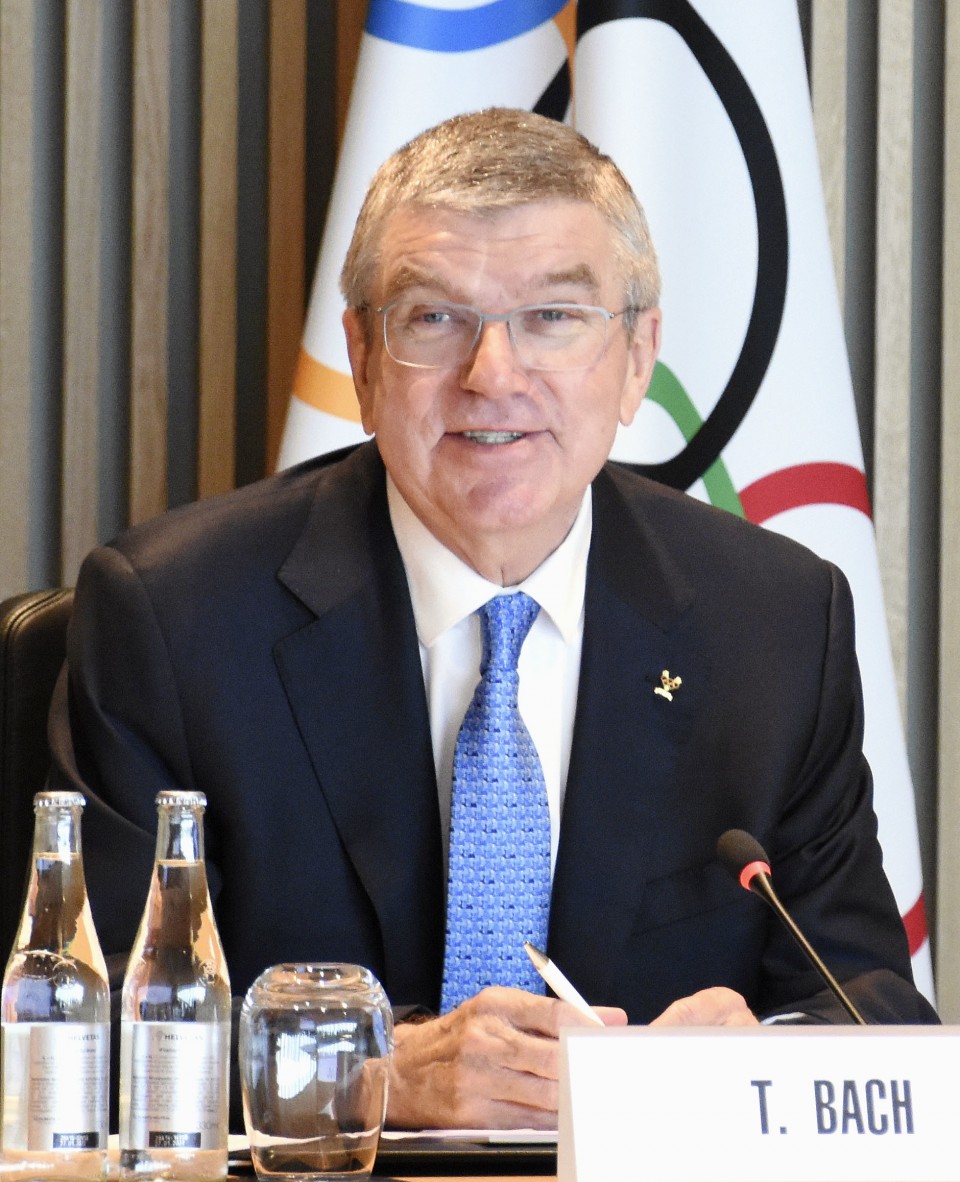 International Olympic Committee President Thomas Bach is pictured during a meeting of the IOC executive board in Lausanne, Switzerland, on March 3, 2020. (Kyodo)

Bach said many countermeasures are being considered to ensure the health and safety of participants in Tokyo, but that the IOC is opposed to staging events without fans.

"The Olympic Games behind closed doors is clearly something we don't want," Bach said. "So we are working for a solution for the Olympic Games which on the one hand is safeguarding the health of all the participants, and on the other hand is also reflecting the Olympic spirit."

A recent poll by Kyodo News found more than half of Tokyo residents were in favor of a further postponement, or canceling the event, but the IOC remains committed to next year's rescheduled dates.

When asked about the possibility of an Olympics being held beyond the summer of 2021, Bach said, "We remain fully committed to celebrating Tokyo 2020 next year in July and August."

"This is very good work in progress," Bach said of the Tokyo briefing, adding Tokyo organizers and the coordination commission, headed by Australian John Coates, will give a full report on Friday.

It was also announced the 2022 Youth Games, set to be Africa's first Olympic event, were being postponed until 2026, subject to ratification at Friday's IOC Session. The IOC approved the move to allow more spacing between events and facilitate better planning.

Bach said the decision had been taken to assist international sports federations, national Olympic committees and the IOC, which would otherwise have been facing five Olympic events in a three-year period.