Japanese boxer Sewon Okazawa, who will compete in the welterweight division at the Tokyo Olympics, said Tuesday he plans to help repair the damage done to his gym by the flooding which has ravaged southwestern Japan over the past week.

"I want to go to the Olympics from this gym," Okazawa said during a phone interview. "I want to give something back by helping return the gym to its usual condition."

All four running machines at Okazawa's gym in Kanoya, Kagoshima Prefecture, were damaged by the flooding caused by torrential rain, while memorabilia like gloves and banners were covered with mud. 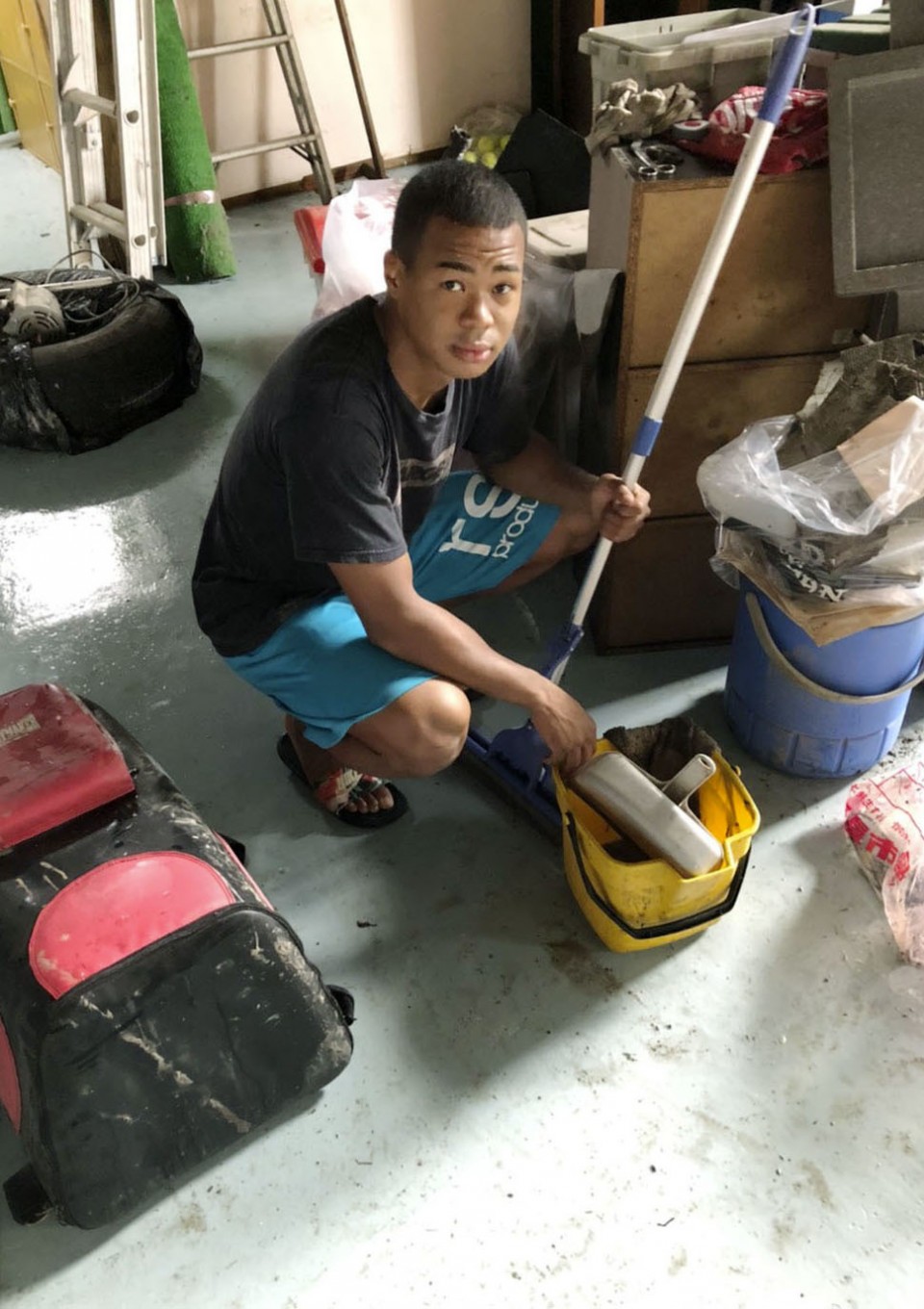 Supplied photo shows Japanese boxer Sewon Okazawa helping to clear up at his gym after it was damaged by the recent flooding that has ravaged southwestern Japan. (Kyodo)

The 24-year-old said he is setting up a crowdfunding campaign to cover the repair costs.

"I never thought this would happen. I underestimated the threat of a disaster," he said.

Okazawa has made considerable strides under the guidance of the gym's head, Shunya Aratake, who took the boxer under his wing after he graduated from Tokyo's Chuo University. The Yamagata Prefecture native is expected to win a medal at the delayed Olympics in Japan next summer.

For now, though, Okazawa said he will stop practicing and focus on the restoration, as many local residents who support him were also affected by the disaster.

"I want to prove that you can accomplish anything if you keep looking forward and give it your all," he said. "I want to show them a good scene (standing on the podium)."