More than 600 new coronavirus infections were reported across Japan on Thursday, the highest in three months, as Tokyo alone marked a single-day record of 286 cases, adding to evidence the country is facing a resurgence of the virus after lifting a state of emergency in May.

A total of 622 cases brought the nationwide tally to around 23,600, excluding some 700 from the Diamond Princess, the cruise ship that was quarantined in Yokohama in February. Tokyo's total rose to 8,640.

Tokyo Gov. Yuriko Koike said the sharp rise in confirmed cases in the capital comes as more tests have been conducted, now over 4,000 a day. "We will respond appropriately to reduce the number of people being infected," she told reporters.

Three prefectures surrounding Tokyo -- Chiba, Kanagawa and Saitama -- as well as Osaka Prefecture also saw their largest number of daily cases since the state of emergency was lifted on May 25.

Osaka reported 66 infections, followed by 49 in Saitama, 48 in Kanagawa and 32 in Chiba. 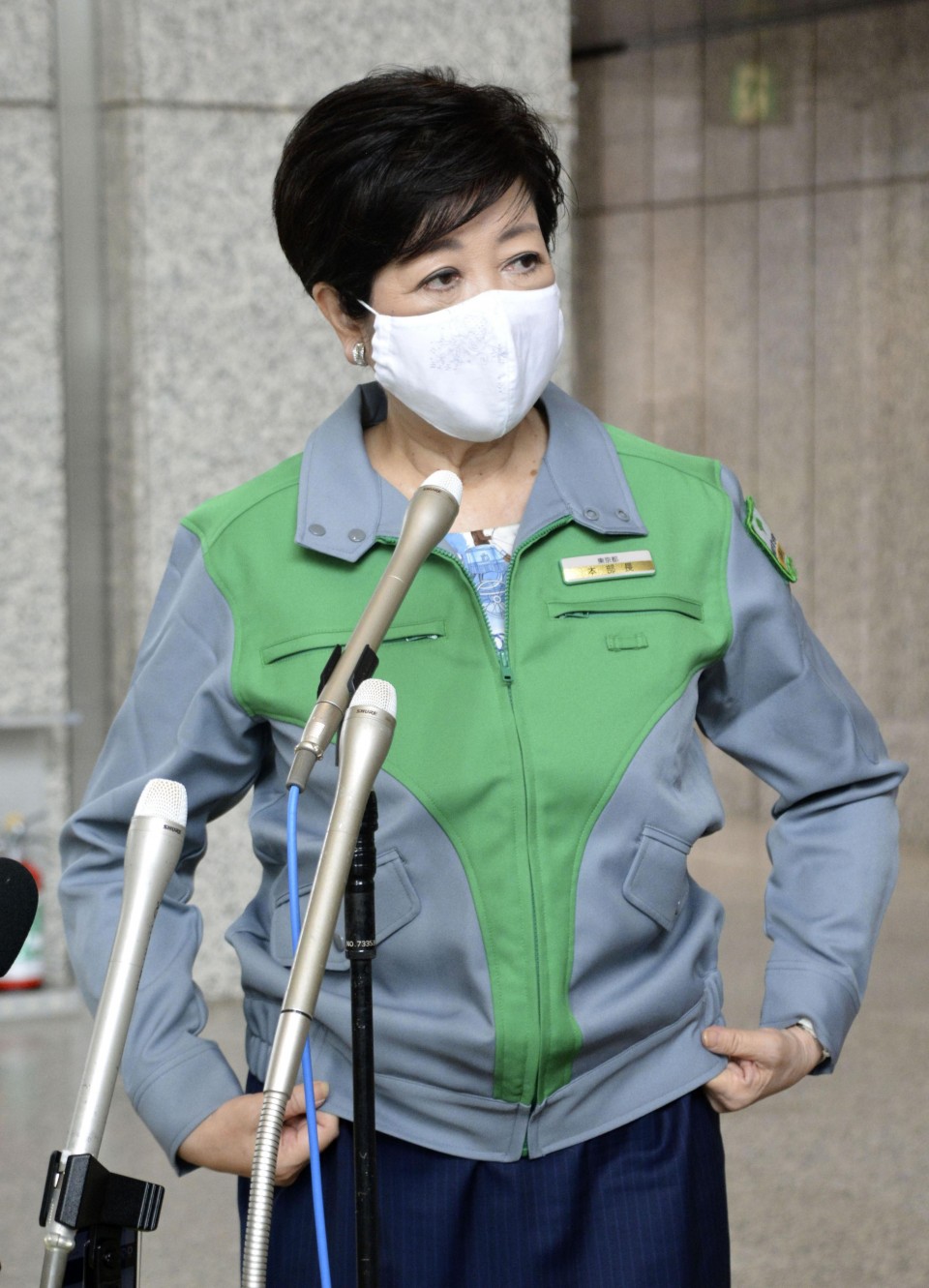 With a resurgence of infections now obvious, the central government's plan to begin its Go To Travel subsidy campaign this month to boost domestic tourism is in growing doubt.

Koike and many other heads of prefectural and local governments have said they are worried that the program could end up spreading the virus and straining regional medical systems.

Tourism minister Kazuyoshi Akaba told reporters the government will begin the program next week as planned, by excluding Tokyo.

Yasutoshi Nishimura, minister in charge of formulating the country's measures against the pandemic, said, "We're worried about the gradual increase in the number of middle-aged people in Tokyo who are newly confirmed to be infected."

The government will "closely watch" developments in deciding whether to declare a state of emergency again, he said.

Shigeru Omi, chairman of a government advisory committee on COVID-19, said at a press conference that the current situation "is not an explosive spread of infections," and that it seems to be flat or a moderate increase.

On Wednesday, the Tokyo metropolitan government raised its alert to the highest of four levels, meaning "infections are spreading," and urged residents to avoid nonessential travel to other prefectures and to refrain from visiting nightlife and dining establishments that have not taken sufficient measures to prevent infections.

The decision was based on its own criteria for gauging the seriousness of the pandemic, including the number of new patients in hospitals and the proportion of untraceable infection routes.

Unlike in past weeks, new cases in recent days have no longer focused on young people working in or visiting nightlife districts. There have been reports of infections at nursery schools and care facilities for elderly people, indicating the virus is spreading to other age groups.

It has also been revealed that around 850 individuals had close contact with people at a theater in Tokyo's busy Shinjuku shopping district who tested positive for the virus.

Tokyoites and commuters to Tokyo expressed concern about the resurgence but appeared largely resigned to the situation.

"It will be tough if our activities are restricted (by another state of emergency declaration)," said Akiko Takeda, 69, as she visited the Tokyo Sea Life Park aquarium.

"It's important for people to think we must protect ourselves on our own," she said.

A 35-year-old woman also living in Tokyo said she had no choice but to commute to work.

"I commute every day now. I'm busy at work so it's impossible to return to working from home even after the alert level was raised," she said.

A 56-year-old man who commutes to Tokyo on a shinkansen bullet train from Utsunomiya in Tochigi Prefecture about twice a week and teleworks on other days said he too does not think he will change his current working style.

"The train isn't crowded and I don't worry about how people in my hometown perceive me, but my wife seems to be worried about me," he said.