An exhibition of sand sculptures depicting scenes from the Czech Republic and Slovakia will kick off on Saturday at a museum in the western Japan city of Tottori after a three-month delay due to the novel coronavirus outbreak.

The exhibition at the Sand Museum located near the Tottori Sand Dunes was organized to mark the 100th anniversary of the establishment of diplomatic relations between Japan and Czechoslovakia, which split into the Czech Republic and Slovakia in 1993. The show is scheduled to run until Jan. 3. 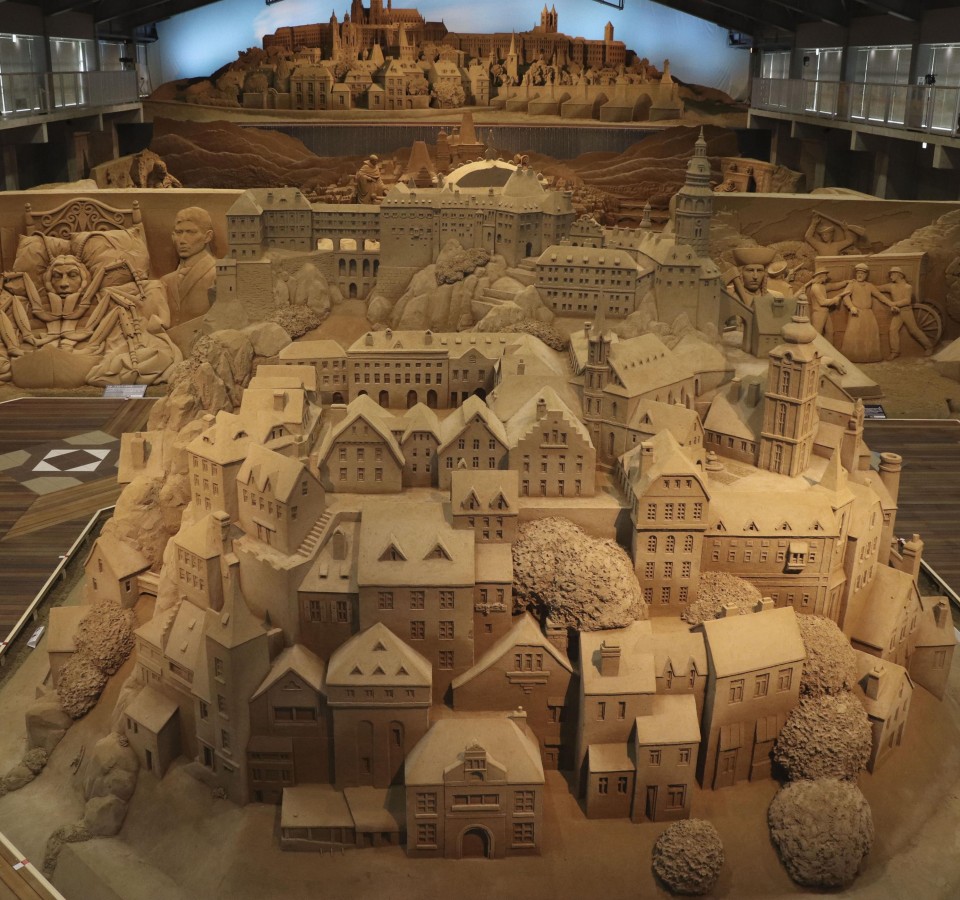 An exhibition of sand sculptures depicting scenes from the Czech Republic and Slovakia is pictured at the Sand Museum near the Tottori Sand Dunes on July 3, 2020. (Kyodo)

Seventeen artists from Italy, the United States and eight other countries created a total of 19 sculptures, which took about one month to complete. They used about 3,000 tons of sand, the largest amount ever for an exhibition at the museum.

The works include Prague Castle and a townscape of the city as well as some sculptures as tall as five meters showing the countries' history of democratization.

The show was initially scheduled to start in April but postponed due to the pandemic. The museum will limit the number of visitors among other measures against the virus.

The museum opened in 2012 but exhibitions of sand sculptures have been held in the city of Tottori since 2006 under the title "Travel around the world in sand."