"Hasty relief of anti-epidemic measures will result in unimaginable and irretrievable crisis," Kim was quoted by the Korean Central News Agency as saying at an enlarged meeting of the Political Bureau of the Central Committee of the Workers' Party. 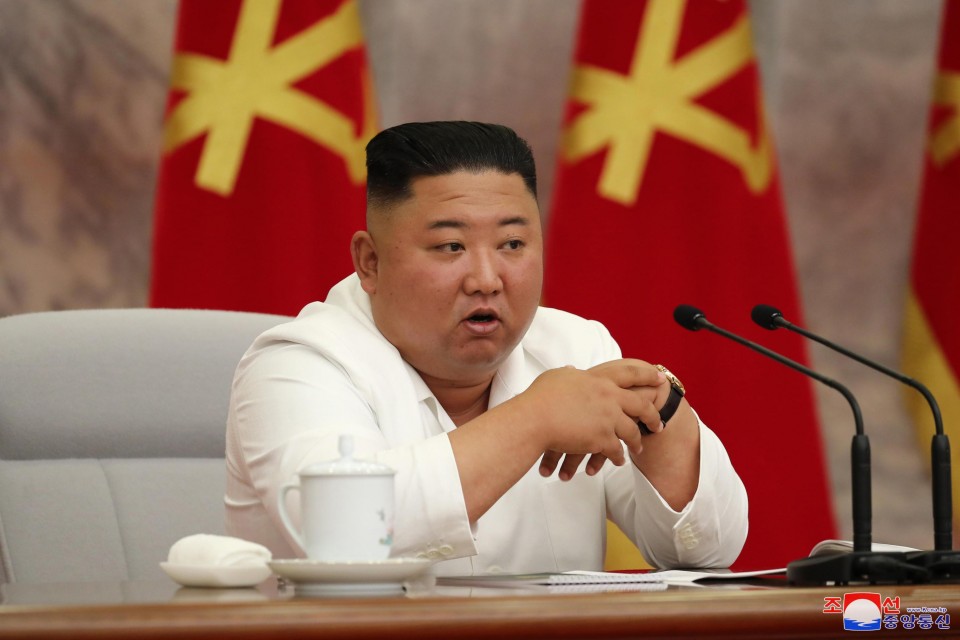 His remarks at the gathering on Thursday indicate North Korea is unlikely to lift the closure of its borders anytime soon.

North Korea has cut itself off from China and Russia for more than five months in the wake of the virus outbreak in China. Pyongyang claims no infections have been confirmed in the nation so far.

The KCNA report did not say whether Kim mentioned relations with South Korea. Tensions between the two Koreas have sharply intensified since defector groups sent leaflets lambasting Kim's rule across the border by balloon in late May.

Last week, North Korea's official media reported that Pyongyang decided to suspend military action plans against Seoul at a televised preliminary meeting of the ruling party, presided over by Kim.

But there were no photos or video released showing Kim in attendance.

Kim missed the celebration of the birth of his grandfather and North Korea's founder, Kim Il Sung, on April 15, one of the most important holidays in the country, briefly sparking intense speculation about his health.