U.S. President Donald Trump said in a letter of condolence received Wednesday by Sakie Yokota, whose husband Shigeru died last month aged 87, that he remains committed to bringing home their daughter who was abducted by North Korea in the 1970s.

The couple had long lobbied the United States to support their efforts to secure the return of their daughter Megumi, who was taken to North Korea at age 13 in 1977. 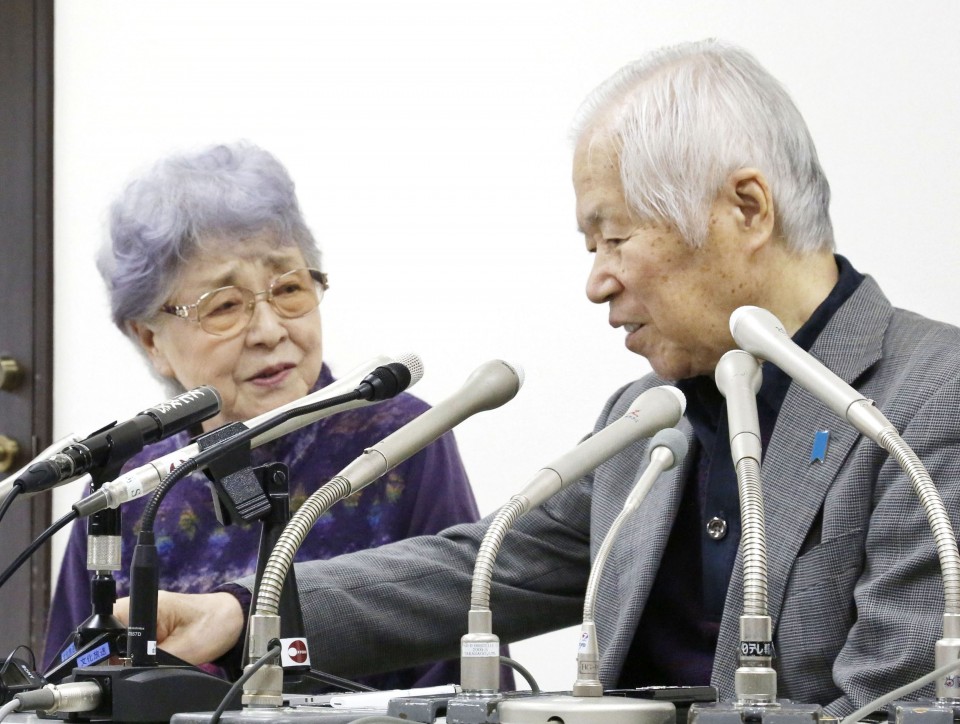 Shigeru Yokota (R) and his wife Sakie, the parents of Japanese abductee Megumi Yokota, speak at a press conference in Kawasaki, near Tokyo, on Nov. 15, 2017, 40 years from the day their daughter was abducted by North Korean agents at age 13. Sakie and families of other abduction victims met U.S. President Donald Trump in Tokyo a week earlier, during which he vowed to make efforts to help resolve the issue. (Kyodo)

In his letter to the 84-year-old widow, Trump said the abduction issue is a "primary focus for Japan and the United States," while recalling his meeting with her in Japan in 2017.

"I was moved by your unflinching determination to reunite with your daughter Megumi and to ensure that all the families of abductees know the truth regarding the whereabouts of their loved ones," Trump said in the letter disclosed by a group supporting abductees' relatives.

"We join you and your sons, Takuya and Tetsuya, in continuing this important work to finally bring Megumi home," he said, concluding with "deepest condolences." 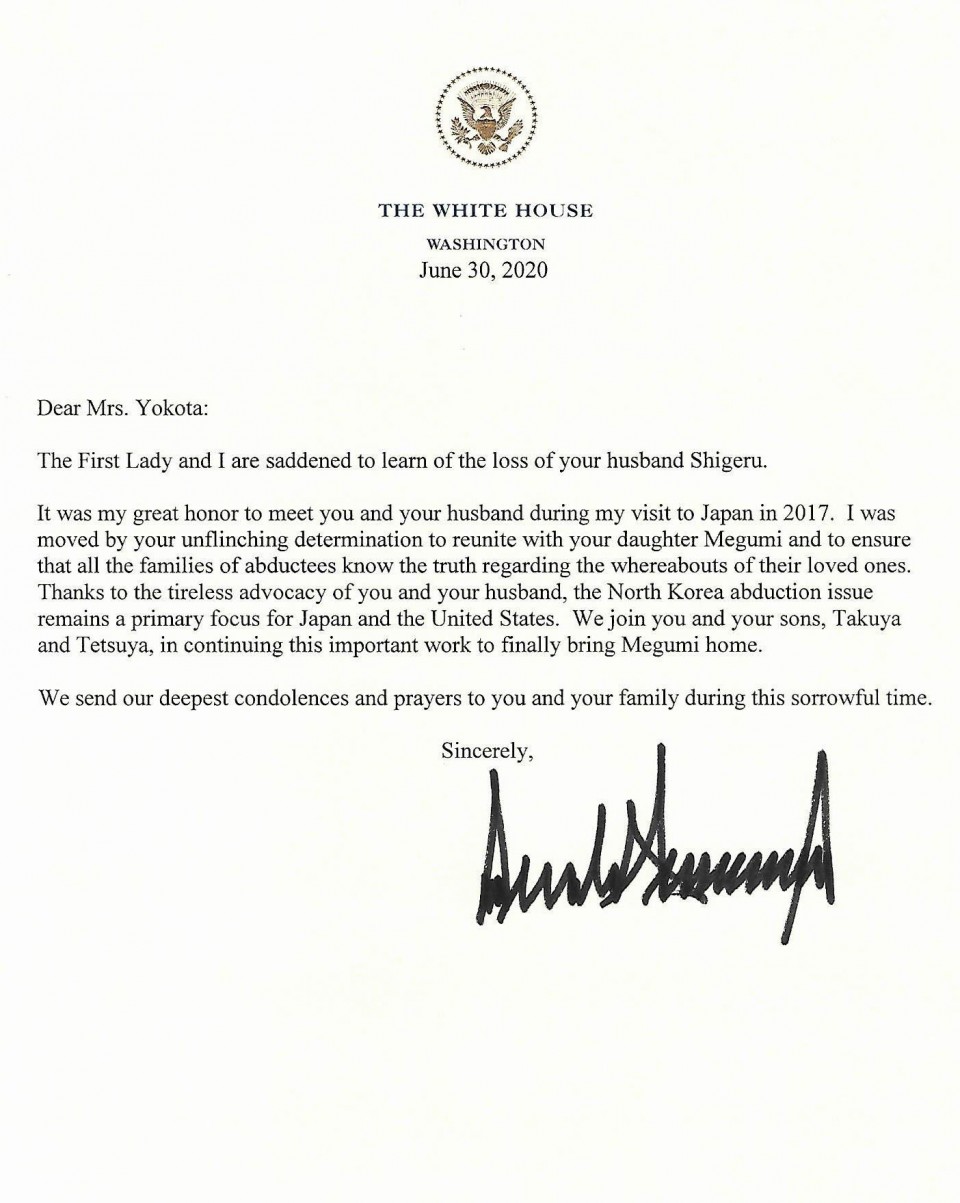 While five of the 17 were repatriated in 2002, North Korea maintains that eight, including Megumi, a symbol of the issue, have died and the other four never entered the country.

"We sincerely appreciate your consideration. We will continue our endeavor to bring back our daughter," Sakie said in words of gratitude issued through the support group after receiving the letter from the Japanese government.

Prior to his visit to Japan, Trump told the U.N. General Assembly in September 2017, "We know it kidnapped a sweet 13-year-old Japanese girl from a beach in her own country to enslave her as a language tutor for North Korea's spies," in condemning Pyongyang's human rights record.