Shohei Ohtani homered for the second consecutive night and recorded his first stolen base of the coronavirus-delayed season in the Los Angeles Angels' 8-5 loss to the Seattle Mariners on Thursday.

Ohtani went 1-for-4 and cut the Mariners' lead to three runs with his three-homer off Dan Altavilla in the bottom of the ninth inning, but that was where the Angels' offense stopped. 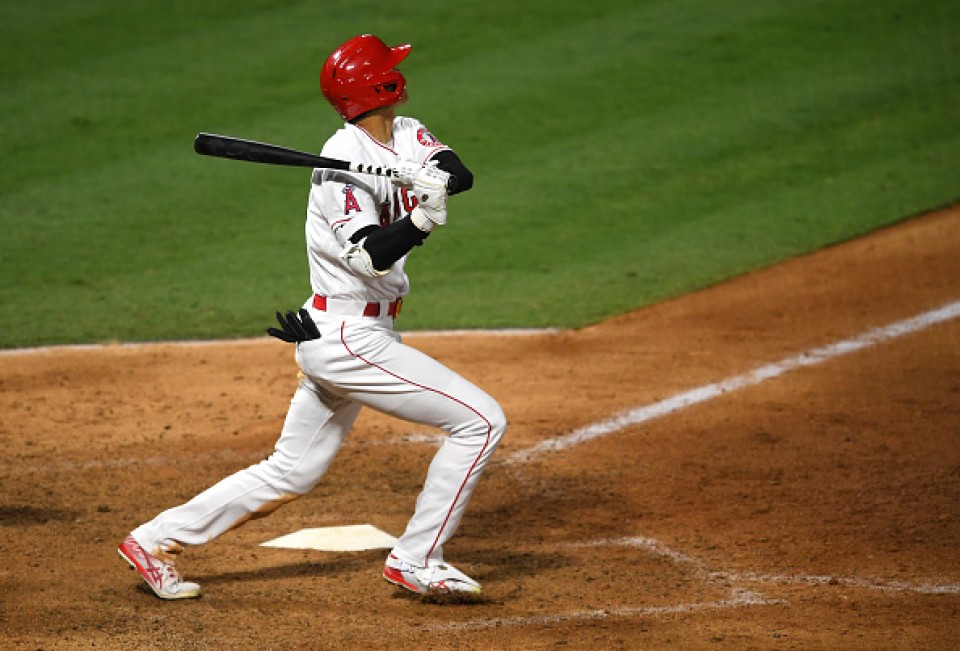 Shohei Ohtani of the Los Angeles Angels hits a three run home run in the ninth inning of the game against the Seattle Mariners at Angel Stadium of Anaheim on July 30, 2020 in Anaheim, California. (Getty/Kyodo)

The Mariners scored five runs in the top half, allowing them to hold off the Angels despite a late push from the Japanese two-way player, who pitched in a major league game for the first time in nearly two years on Sunday.

Ohtani reached on a fielder's choice in the seventh inning, then promptly stole second. He struck out swinging and lined out in his first two at-bats.

"I'm gradually getting a feel for hitting, but it seems pretty good so far," said Ohtani, who most recently homered in back-to-back games on June 13 last year, when he became the first Japanese player to hit for the cycle in the majors.

Ohtani's bomb Thursday came off a fastball clocked at 159 kilometers (98.5 miles) per hour, making it the fastest pitch the left-handed batter has hit for a home run, according to MLB's analytics tool Statcast.