An antinuclear group on Friday livestreamed a 30-minute English tour of the Nagasaki Atomic Bomb Museum to reach out to people overseas as the coronavirus pandemic has sharply reduced the number of foreign visitors to the facility.

The International Campaign to Abolish Nuclear Weapons, or ICAN, organized the virtual tour via Instagram and drew more than 150 participants, before the 75th anniversaries next month of the U.S. atomic bombings that devastated Hiroshima in western Japan and Nagasaki in the southwest. 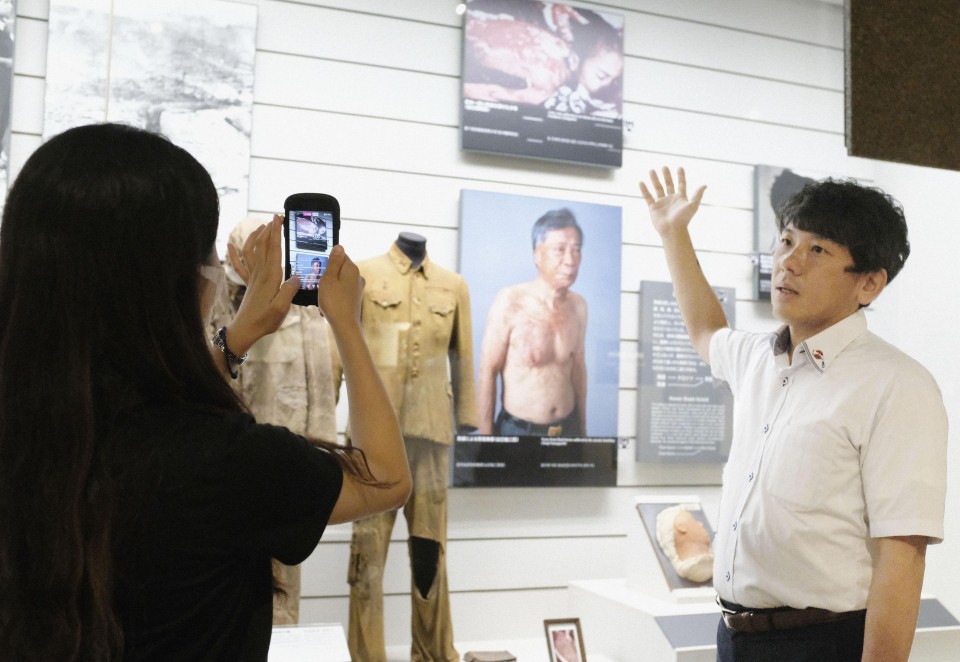 Hibiki Yamaguchi, a 44-year-old member of the Nagasaki Atomic Bomb Testimonial Society, introduced photographs and objects that showed the devastation caused by the plutonium-core bomb known as "Fat Man," which was dropped on Aug. 9, 1945, and killed an estimated 74,000 people by the end of 1945.

The guide also described in English how the city of Nagasaki was before the attack and the current situation in the world's nuclear-armed states.

Some participants asked how many atomic bomb survivors are alive and what younger generations can do to eliminate nuclear weapons. 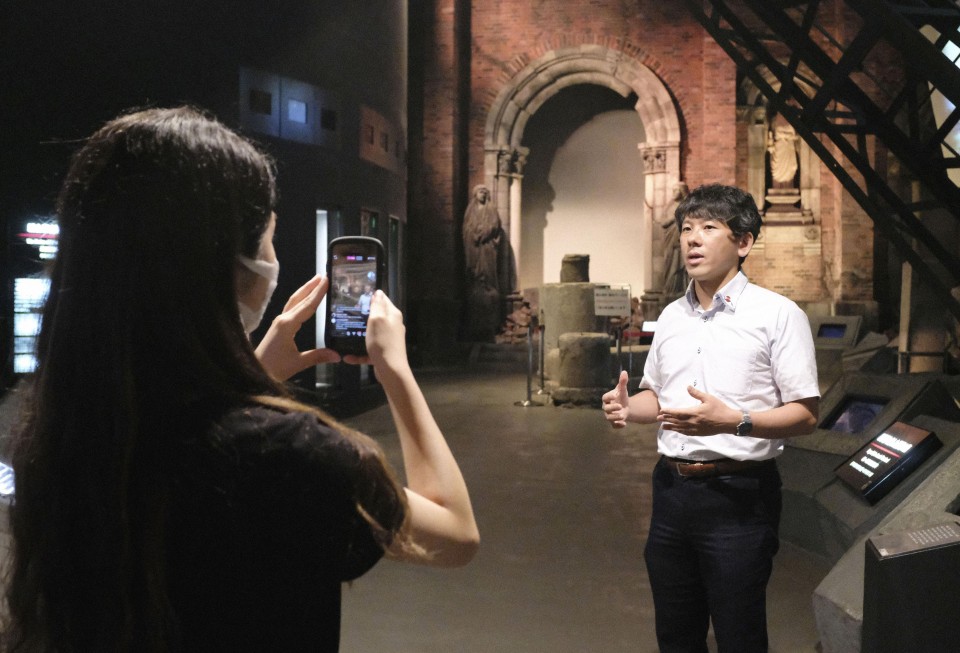 "We appreciate this online tour because our museum was temporarily closed due to the coronavirus pandemic and the number of foreign visitors has been small since reopening," said director Keiko Shinozaki after the event.

The museum reopened to the public in June after a shutdown of roughly two months.

ICAN, which won the Nobel Peace Prize in 2017 for its efforts that led to the adoption of a U.N. treaty outlawing nuclear weapons, conducted a similar livestream event at the Hiroshima Peace Memorial Museum on Wednesday that drew more than 350 participants.

ICAN said the footage of the virtual tour will be posted on its website.