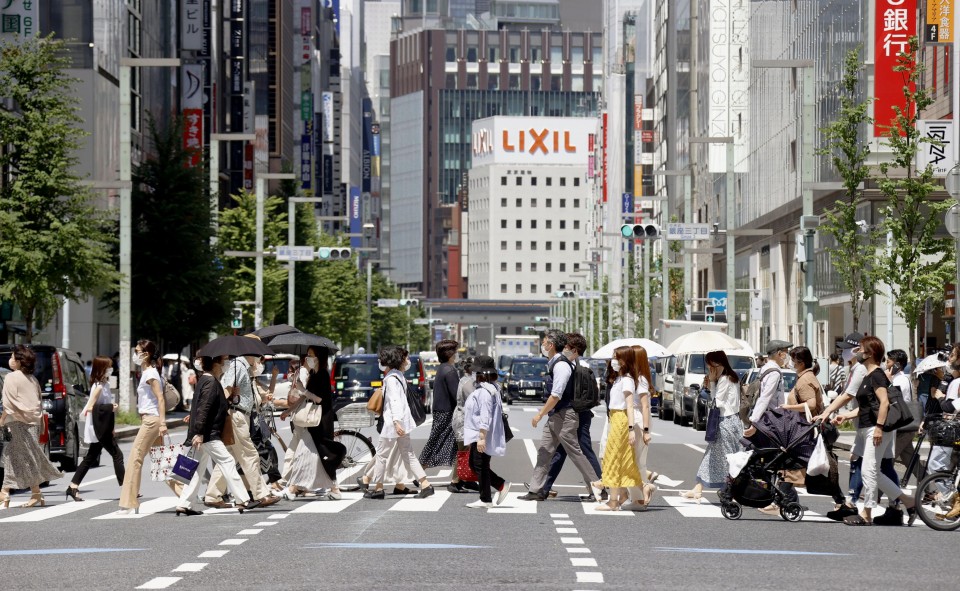 (People wearing face masks walk in Tokyo's Ginza commercial area on July 2, 2020. Tokyo reported 107 new coronavirus cases the same day, the highest number of daily cases since a state of emergency was fully lifted in Tokyo on May 25)

TOKYO - The Tokyo metropolitan government on Thursday reported 107 coronavirus cases, the largest daily increase in two months, raising concerns about a resurgence of infections as the governor of the Japanese capital called for heightened vigilance.

The daily count topped 100 for the first time since 154 cases were reported in the middle of a nationwide state of emergency on May 2. Tokyo Gov. Yuriko Koike asked people not to visit nightlife districts hit by rising COVID-19 cases, especially among young people.

"We need to be on alert against the further spread of the virus. This is the stage at which we are," Koike said at a press conference.

The number of infections in Tokyo has rebounded in recent days bringing the cumulative total to 6,399, the largest among the nation's 47 prefectures. On Wednesday, it marked an increase of 67, topping 50 for the sixth straight day.

The sharp three-digit gain, accounting for more than half of nationwide daily increase, came as business and social activities have been gradually returning to normal after the state of emergency was lifted in late May.

Koike said it is important to balance reopening the economy and taking steps to curb coronavirus infections. She sounded negative about making a fresh business suspension request that is similar to one under the state of emergency.

"When the business suspension request and the state of emergency were in place, people had to put up with it. Nobody would want to experience a similar situation again," the governor said.

Prime Minister Shinzo Abe instructed economic revitalization minister Yasutoshi Nishimura, who has been in charge of the coronavirus response, to swiftly analyze the infection situation. 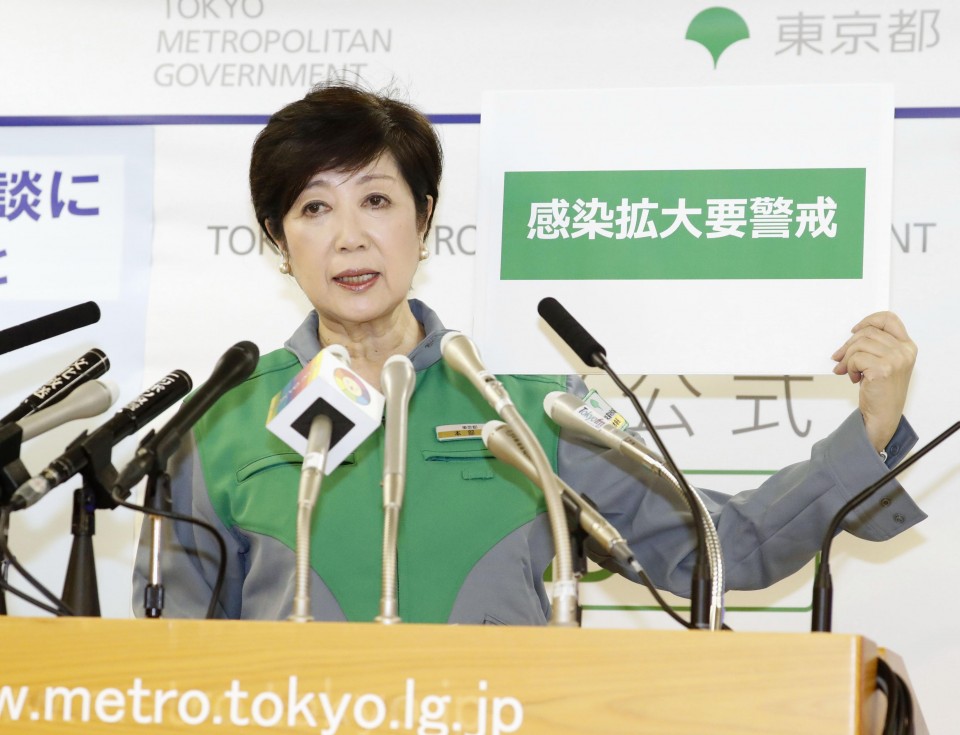 Tokyo Gov. Yuriko Koike holds a press conference at the metropolitan government headquarters in Tokyo on July 2, 2020. Tokyo reported 107 new coronavirus cases the same day, the highest number of daily cases since a state of emergency was fully lifted in Japan on May 25. (Kyodo)

The metropolitan government has four alert levels depending on the infection situation in the capital of about 14 million people. As of Thursday, Tokyo is placed at the second-highest level, meaning that infections are beginning to increase.

Chief Cabinet Secretary Yoshihide Suga said another declaration of a state of emergency is the "worst-case" scenario for the administration, ruling out the possibility of making one any time soon.

The number of new infections in Tokyo has been rising since the state of emergency was lifted on May 25, in particular among young people who have either visited or work at nightlife establishments.

Along with more virus tests performed on people who have had close contact with those infected and the relatively high traceability of transmission routes, this has prompted Koike and central government officials to say that the current situation is not akin to that leading up to the state of emergency in early April.

Medical experts are keeping close tabs on a shift toward the elderly in age distribution of newly reported cases as a spike in cases among seniors, who are more likely to suffer severe symptoms, would put a strain on hospitals.

"We cannot rule out the possibility that the spread of the virus will accelerate if more elderly people get infected," Koike said.

Tokyoites will go to the polls in the gubernatorial election Sunday in which Koike is seeking re-election to continue with her coronavirus response and revive the economy.

Across Japan, the number of confirmed cases has topped 19,700, including about 700 from the Diamond Princess cruise ship that was quarantined near Tokyo earlier this year. The death toll has climbed to 990 as of Thursday.

"The numbers we have now reflect the (infection) situation about two weeks ago," Tateda said, given the incubation period of the virus. "Since then, economic activities have resumed gradually so it's possible that the number of infections reported will increase."

Tateda, a member of an expert panel on the novel coronavirus set up by the central government, said a monitoring system is now in place to check how stretched the medical care system is. "We won't find ourselves in trouble immediately," he added.

Applications for welfare jump due to poor labor market amid pandemic