Bamboo lanterns lit up in hope of end to virus outbreak, disasters

Bamboo lanterns were lit up Thursday in disaster-hit northeastern Japan, with people praying for the outbreak of the novel coronavirus to be contained and recovery of communities struck by natural calamities.

The project to light up the lanterns nationwide was initially part of an event to welcome the Tokyo Olympics and Paralympics, which were originally set to kick off on Friday. Due to the outbreak of the coronavirus, the games have since been postponed to July 23 next year. 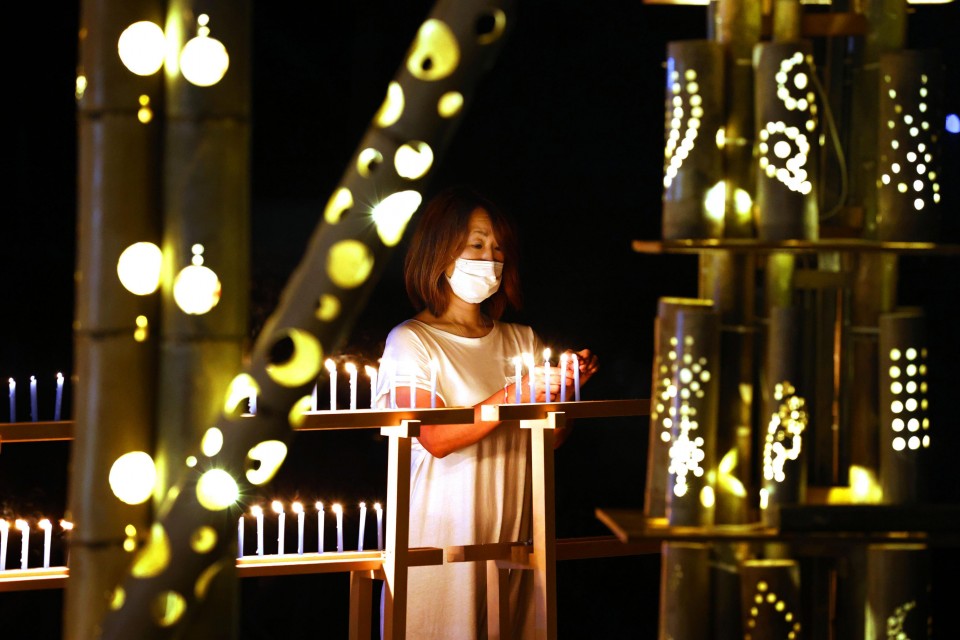 Organizers decided to still push through with the lantern project aimed at bringing a "light of hope" to the country amid the coronavirus pandemic.

One of the areas where lanterns were lit was the city of Higashimatsushima in Miyagi Prefecture, one of the hardest-hit areas in the 2011 earthquake and tsunami. The city was also where the Olympic torch arrived in March, when the games' postponement was not yet announced.

People gathered at Kibotcha, which opened in 2018 as a disaster education learning facility that doubles as lodging.

"I wanted to give people in the community a space to pray," said Kiyoko Mii, 47, representative of the operator of Kibotcha. 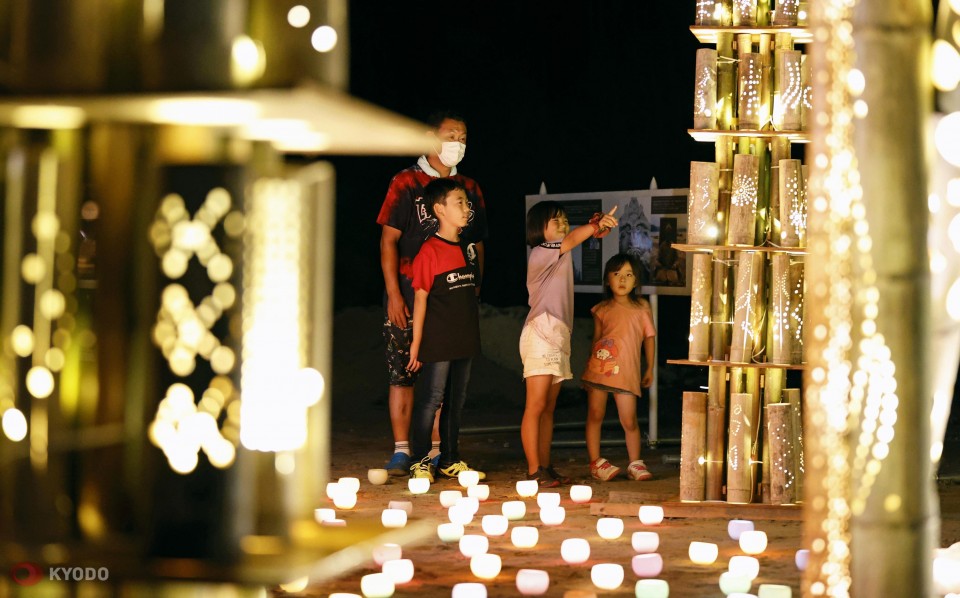 The facility was remodeled from what was the city-run Nobiru Elementary School, which sustained damage in the tsunami. At least 18 people died when a 3.5-meter tsunami hit the school's gymnasium, packed with about 340 people at the time. The school was designated as an evacuation site.

Chikao Ikeda, 38, of the project's organizing group, said the event hopefully "conveys the message of Tohoku (in northeastern Japan) to the world about its reconstruction efforts."