Around 100 bereaved family members and company officials on Saturday mourned the 36 victims of a deadly arson attack on the studio of an animation firm in western Japan, marking the first anniversary of the country's worst crime in decades.

During the memorial service held at the site of the Kyoto Animation Co. studio, which has since been demolished, President Hideaki Hatta pledged to rebuild the company, saying, "Being one in heart with our friends, their family members and those who support us, we will go forward step by step, albeit slowly."

Addressing the ceremony at the site, one of the bereaved family members present read out a message, saying, "We have no choice but to keep living with these feelings of sadness and loneliness." 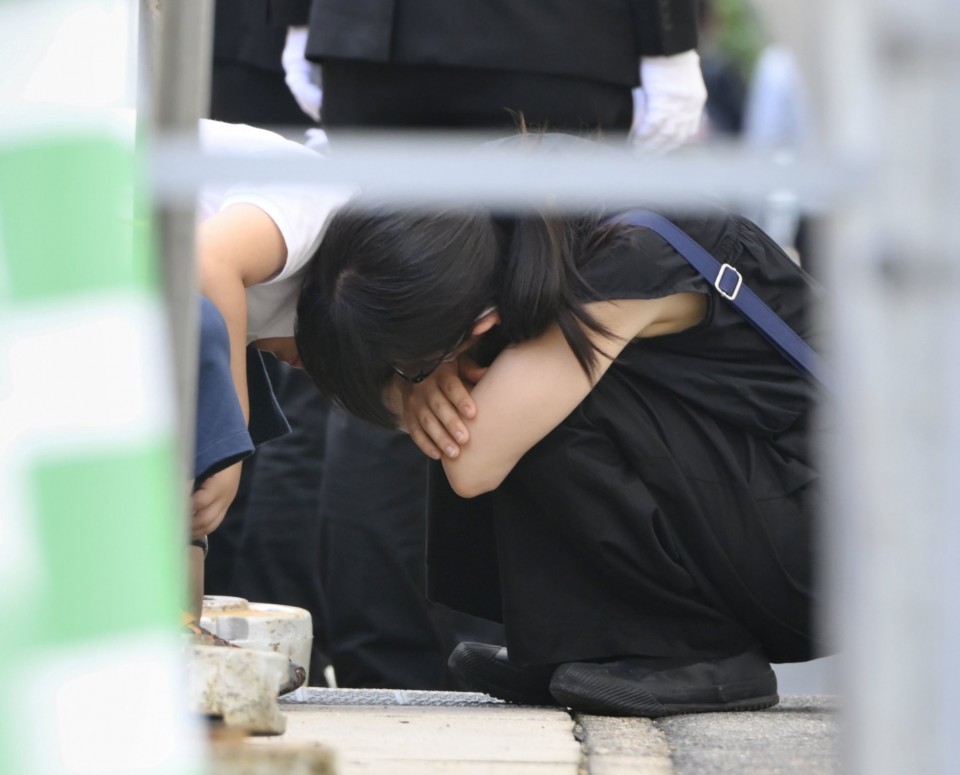 The ceremony was not open to the media at the request of the company, known internationally for producing a number of popular animation works such as "K-On!" and "The Melancholy of Haruhi Suzumiya."

The company, often referred to as "KyoAni" at home and abroad, released a memorial video clip that showed condolence messages on its YouTube account at 10:30 a.m., when the arson attack that also left 33 people injured took place.

The alleged arsonist Shinji Aoba was formally arrested in May, 10 months after the attack, as authorities have judged he recovered sufficiently from life-threatening burns sustained from the incident. 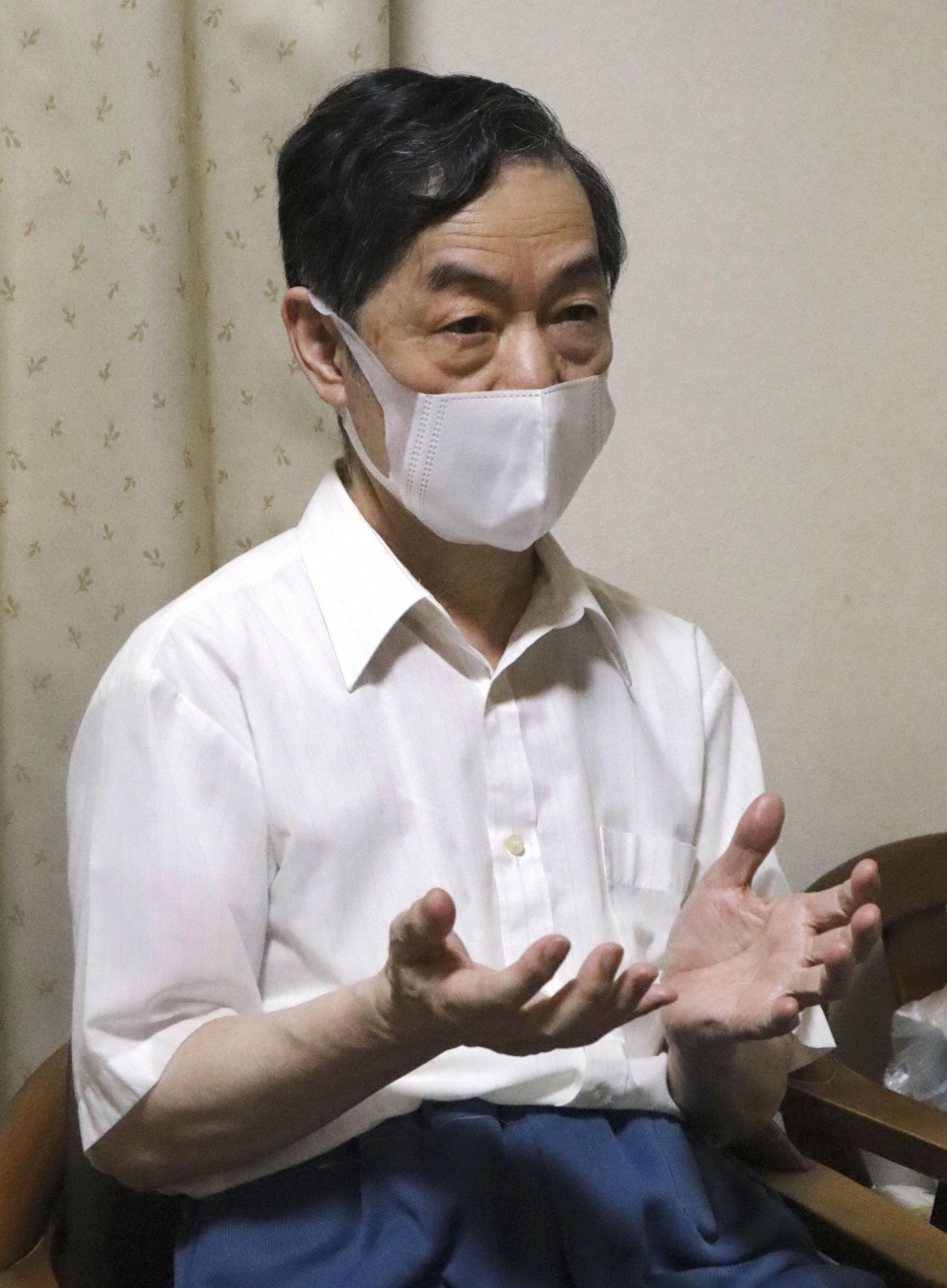 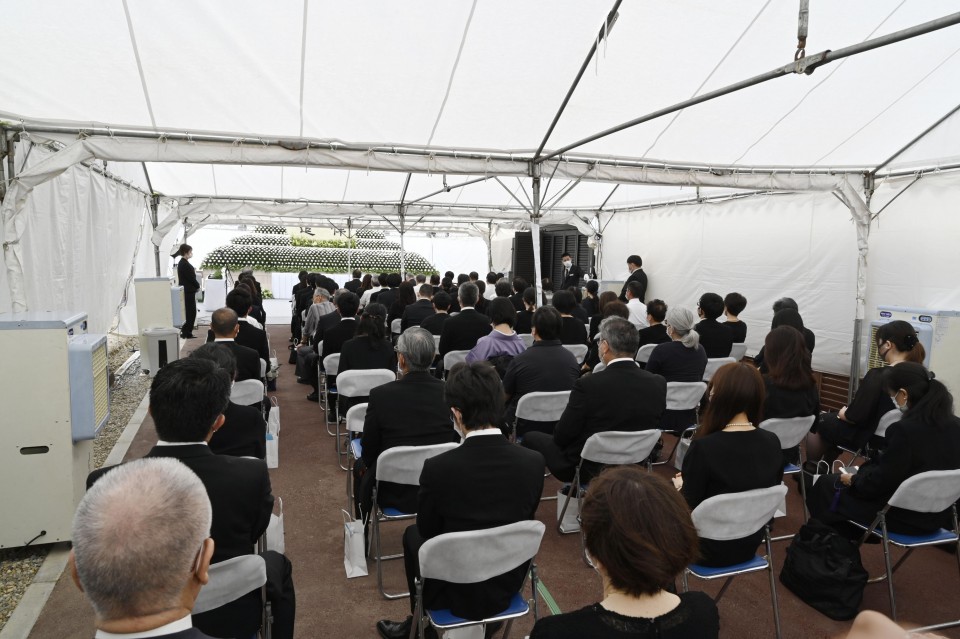 Aoba is currently confined for expert evaluation to see whether he is mentally competent and can be held accountable for the crime.

As his critical condition affected the ongoing investigation, it remains uncertain when his criminal trial will actually start.

The 42-year-old suspect from the city of Saitama, north of Tokyo, has admitted to setting fire to the studio with gasoline and investigative sources quoted him as saying, "I thought I could kill many people by using gasoline."

For family members, it feels like time has stopped. Shinichi Tsuda, 70, continues to feel the pain of losing his 41-year-old daughter, Sachie. She had worked on projects such as "Detective Conan."

"She was a natural in doing the things she liked," he told Kyodo News, fondly recalling his daughter's talent since childhood. 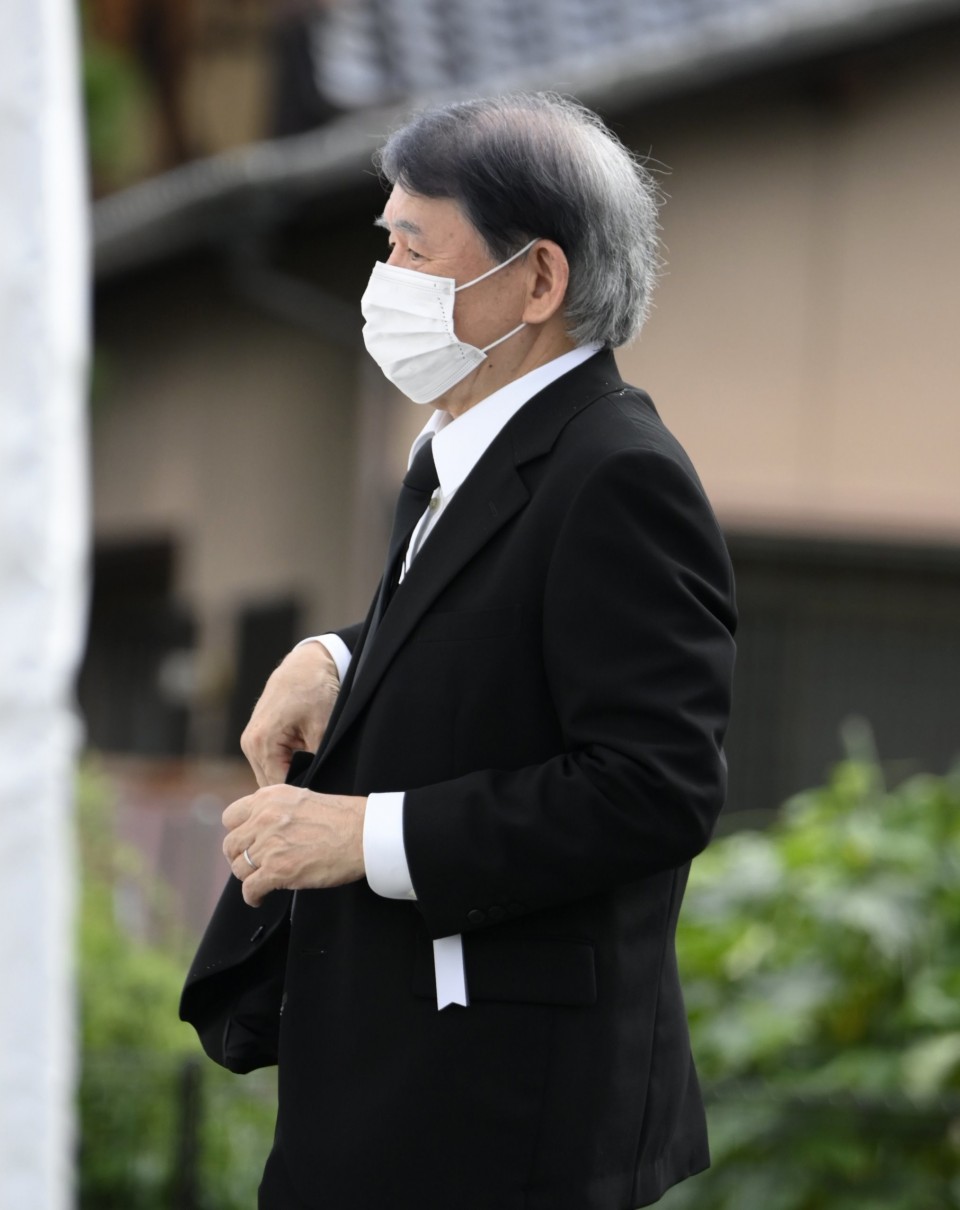 Kyoto Animation Co. President Hideaki Hatta attends a memorial service in Kyoto to mourn the 36 victims of the arson attack on its studio on July 18, 2020. (Kyodo) 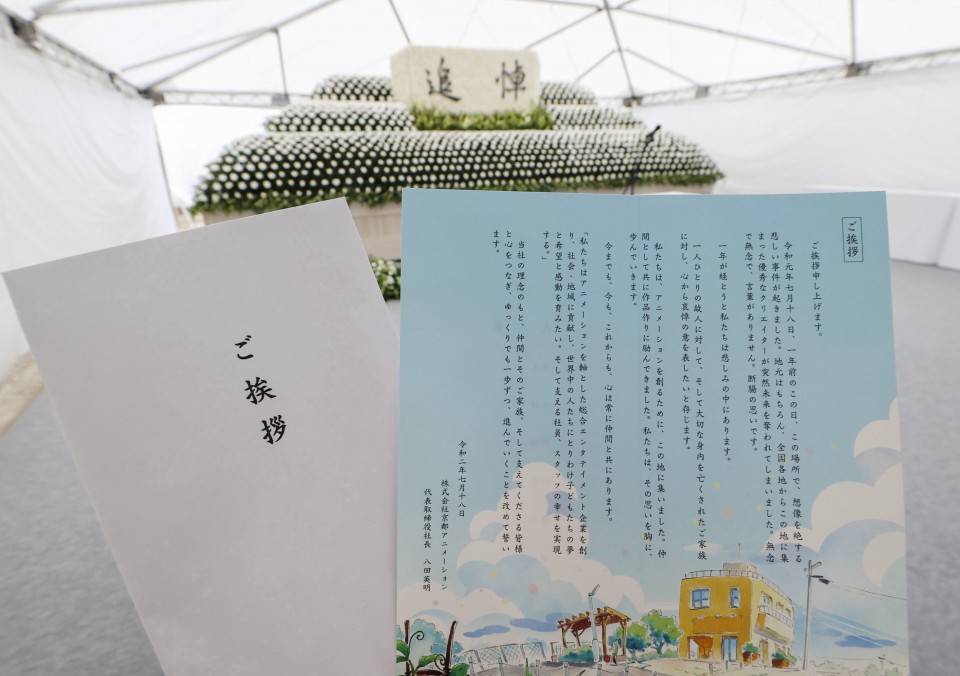 Photo shows a message card from Kyoto Animation Co. President Hideaki Hatta to the attendees of the memorial service. (Kyodo)

Although KyoAni has warned its fans not to personally visit the site, where the three-story studio once stood, due to the spread of the novel coronavirus, some people were seen near the venue paying their respects.

Osamu Nonoguchi, a 52-year-old company employee, expressed sadness over the tragedy, saying, "I hope (KyoAni) will overcome the grief and continue to show us fun works."

The company's latest work, "Violet Evergarden the Movie," which was produced by remaining staff, is scheduled to be released on Sept. 18. The studio was the center of the company's anime production.

During a press conference held after the service, Hatta said, "We want to continue to create works that will provide people with dreams, hopes and inspiration."

"Our capacity to create something new has drastically fallen, so we will carry on without placing too much strain on ourselves," he said. "The most important thing about rebuilding is not to construct a new building but is the heart."

The number of victims makes the attack one of Japan's biggest-ever mass murders, but investigators have been struggling to get to the bottom of the motive for the crime.

The investigative sources said Aoba has told investigators Kyoto Animation "stole a novel" from him, referring to a work he says he submitted to a public contest held by Kyoto Animation in which it accepts draft novels and then makes the winning works into anime.

Although the firm has said that someone with the same name as Aoba submitted a novel, it denies basing any of its anime off this work.

"Some scenes of 'Tsurune' look like those from my novel," he was quoted by the investigative sources as saying, referring to a KyoAni animation featuring high school students who practice "kyudo," or Japanese archery.