East Japan Railway Co. unveiled Monday autonomous disinfection and mobility robots at its recently opened high-tech station in Tokyo, as it aims to introduce them by March 2025.

The cleaning robot, which was developed by Nippon Signal Co. and Cyberdyne Inc., sanitizes handrails, benches and other parts of Takanawa Gateway Station by spraying disinfectant. The artificial-intelligence equipped robot, Clinabo CL02, uses three-dimensional cameras and sensors to avoid obstacles. 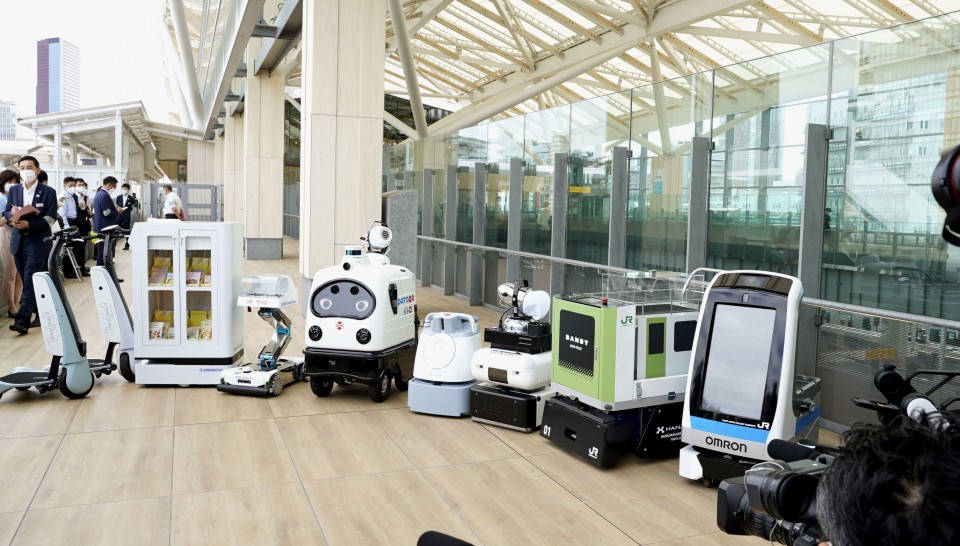 JR East said it is considering using the robot and other disinfection robots to be introduced later to sanitize the inside of train cars in the future.

In another demonstration, a robot that looks like a Yamanote Line train car served coffee in a conference room at the station.

Other robots that carry luggage, food and drinks, as well as personal mobility vehicles for transporting people inside and around the station are also being operated on a trial basis as part of a project showcasing the area around the new station. 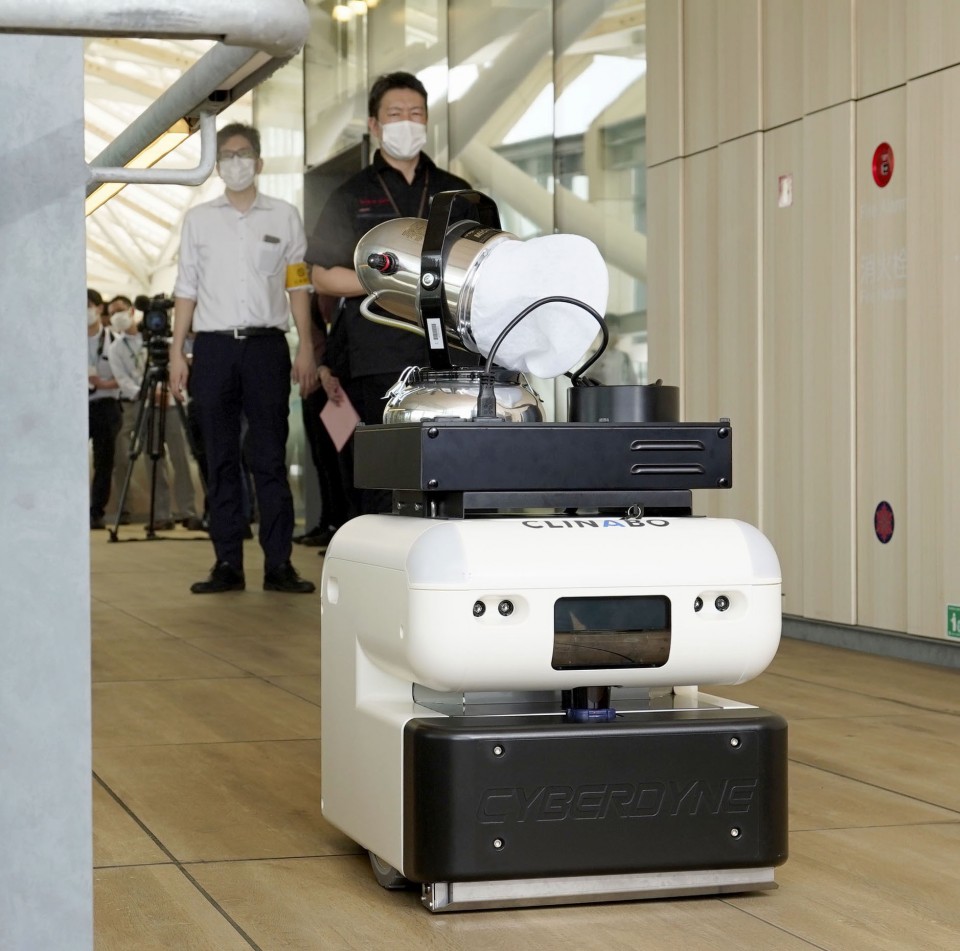 A cleaning robot that sanitizes handrails by spraying disinfectant. (Kyodo) 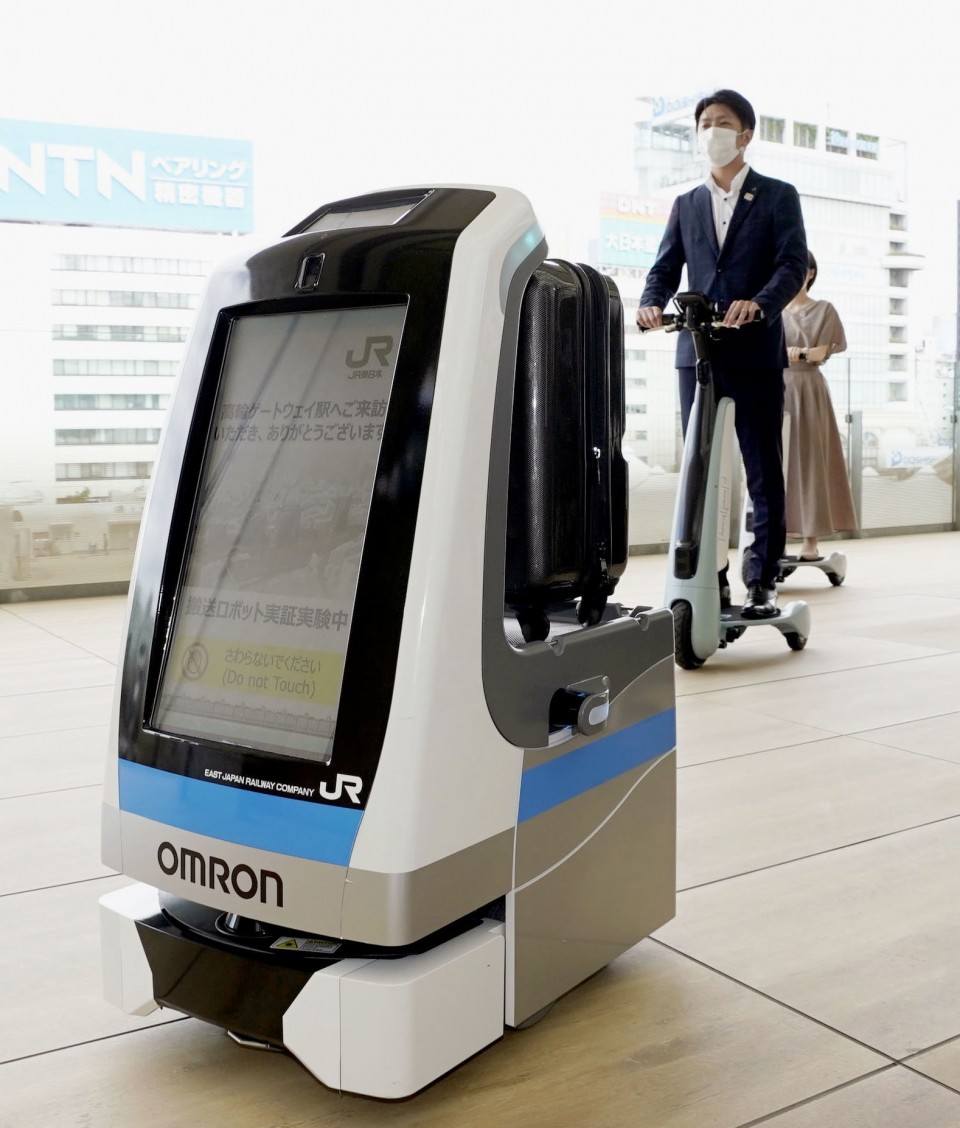 Takanawa Gateway Station opened between Tamachi and Shinagawa stations in March. It is the 30th station on JR East's Yamanote Line and the first to be built on the line since Nishi-Nippori Station in 1971.

Shinagawa Station is a hub that serves shinkansen bullet trains bound for Osaka and beyond, as well as Keikyu Corp. trains connecting to Haneda airport.

The railway company is introducing advanced robots at Takanawa Gateway Station as a test site of new technology. AI robots that provide train transfer information and detect suspicious items have already been installed at the station and there is a convenience store with automated checkouts.