Health experts are calling the case of two doctors arrested last week on suspicion of assisting in the death of a 51-year-old woman with ALS "fundamentally different" from past euthanasia cases that led to other doctors' convictions for murder in Japan, because she allegedly asked them to kill her for money on Twitter.

Yoshikazu Okubo, who operates a clinic in Natori, Miyagi Prefecture, and Naoki Yamamoto, a doctor in Tokyo, allegedly administered a lethal dose of barbiturates to Yuri Hayashi at her home in the western Japan city of Kyoto on Nov. 30 with her consent, investigative sources said. 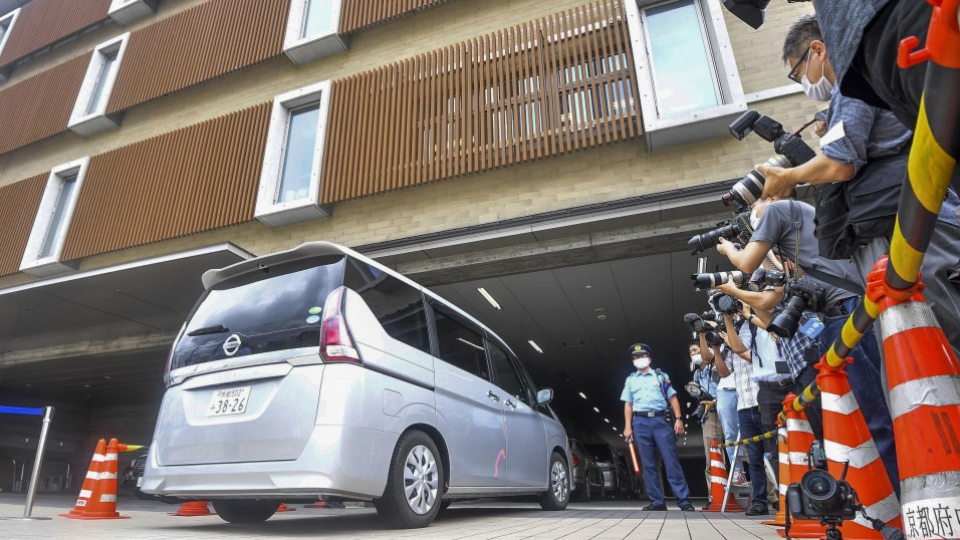 Short-acting barbiturates, such as pentobarbital, taken in large dosages cause death by respiratory arrest and are known to be used by groups that assist with suicides in Europe and the United States.

According to the sources, neither Okubo, 42, nor Yamamoto, 43, were the woman's attending physician, and the ALS patient and Okubo are believed to have exchanged messages using the social networking service for nearly a year prior to her death.

It was Hayashi who offered 1.3 million yen ($12,400) for the job, nearly the same amount charged by a Swiss group for assisting suicides.

On the day of the incident, Okubo and Yamamoto, using false names, visited Hayashi's apartment in Kyoto's Nakagyo Ward. They left about five to 10 minutes later, and a caretaker, who had left the room while the doctors were with the woman, found Hayashi unconscious soon after. She was later pronounced dead at a hospital.

The investigators said communication between Okubo and Hayashi was done through direct messaging and could only be viewed by them. Hayashi transferred the money into Yamamoto's bank account, but there is no trace of the funds being deposited into Okubo's bank account.

In February 2018, Okubo took a survey in which he asked people on Twitter how much they would be willing to pay to be euthanized with a multiple choice of 100,000 yen, 500,000 yen, 1 million yen, and 10 million yen. There were nearly 3,000 votes, with most people choosing 1 million yen.

When soliciting opinions in 2018, Okubo wrote, "It seems there is no one willing to take the risk of losing their medical license and being thrown into prison."

A Kyoto prefectural police official, who summarized the case to the media last Thursday night, said questions were raised about "whether this can even be considered a case of euthanasia" because of the transfer of money involved. The investigative sources also said Yamamoto is suspected of having obtained his medical license illegally.

Experts have also expressed outrage over what appeared to be a contempt for the suffering woman's life because of the intention of getting money, while many Twitter users have said they still empathize with Hayashi's wish to die.

On a blog believed to belong to Okubo, he writes articles about methods using drugs to kill people and even suggests how to avoid being investigated by the police by not leaving any evidence of murder.

"It's no sweat for medical workers to snuff somebody out and leave no trace behind," he writes.

Kaoruko Aita, a specially appointed professor of clinical ethics at the University of Tokyo's graduate school, said, "If doctors who weren't her attending physician took the money and administered a drug, this case is totally different from previous cases involving doctors or cases of non-indictments."

"It is fundamentally different from the arguments built up by the state and those involved in cases concerning end-of-life medical treatment," she said.

While Yamamoto was running a clinic for erectile dysfunction in Tokyo's Shinagawa Ward and considered himself a doctor "pursuing the best way to be a professional," according to his Twitter account, Okubo appeared to fashion himself after the late Osamu Tezuka's "Black Jack" comic character Dr. Kiriko who specializes in euthanasia for people who have no prospects of recovery.

Since 2013 on Twitter, Okubo has made several references to Dr. Kiriko, who, instead of treating patients like Black Jack, helps them end their life for a hefty fee.

In a post in January 2013, Okubo said, "I wrote in my yearbook that my dream is (becoming) Dr. Kiriko because I became well aware of how disconsolate medical care for the aged is by the time I graduated from medical school."

Aita said if the doctors did in fact administer a heavy dose of sedatives to end Hayashi's life, she worries such acts "might cause misunderstanding and confusion among workers trying to remove pain from patients in palliative care through appropriate use of sedatives."

In Japan, patients who have no hope of recovery or are terminally ill, may hope for what is termed "death with dignity," which differs from euthanasia, as the patient requests a natural death by refusing to artificially prolong life with medical treatments and devices.

With the aging of society and the advancement of medicine in recent years, more and more people and their families wish to determine how they end their lives. The Japan Society for Dying with Dignity touts over 100,000 members.

In 2018, the health ministry, based on changes in how people in Japan view health care they would like to receive at the end of their lives, revised guidelines for terminal care. It called for discussions with medical teams and family members based on the individual's wishes.

Euthanasia, meanwhile, although illegal in Japan, has its proponents such as scriptwriter Sugako Hashida, known for writing internationally acclaimed TV drama series Oshin in the 1980s, who in 2016 called for recognizing assisted death in an article for a monthly magazine.

Paralympic medalist wheelchair racer Marieke Vervoot, who lived with a degenerative spinal condition that caused her constant pain, took her life through euthanasia in October 2019 in Belgium.

While opinions on life and death regarding euthanasia vary, groups for disabled persons argue that condoning suicides threatens the life and dignity of people with disabilities or patients with incurable diseases.