North Korean leader Kim Jong Un visited the Kumsusan Palace of the Sun mausoleum complex in Pyongyang on the 26th anniversary of the death of Kim Il Sung, his grandfather and the nation's founder, state media reported Wednesday.

On the most recent anniversary of Kim Il Sung's birth on April 15, known as the Day of the Sun in North Korea, state media did not mention a visit by Kim Jong Un to the palace, sparking speculation he was in poor health. 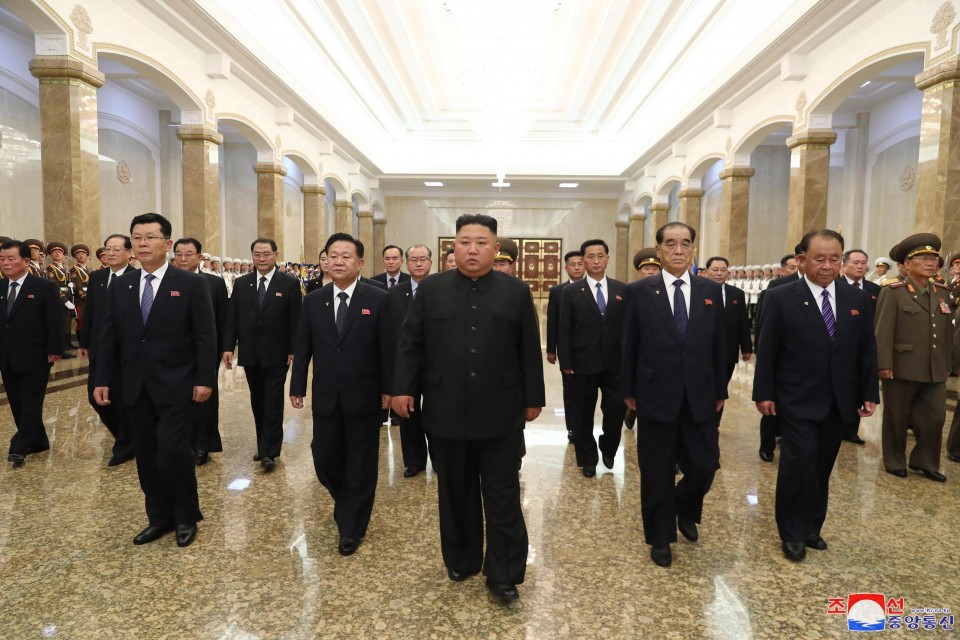 The palace is where Kim Jong Un's grandfather and father Kim Jong Il -- both former leaders -- lie in state.

The Korean Central News Agency did not specify when exactly Kim Jong Un visited for the anniversary of his grandfather's passing, only saying he visited "on the occasion" of the July 8 anniversary.

Since Kim Jong Un became supreme leader in December 2011 following the death of his father, North Korean state media had reported every year on his visit to the palace on key anniversaries.

Some diplomatic sources said Kim Jong Un may have left Pyongyang earlier this year as a precaution against the coronavirus, although North Korea has claimed to have no cases of infection. 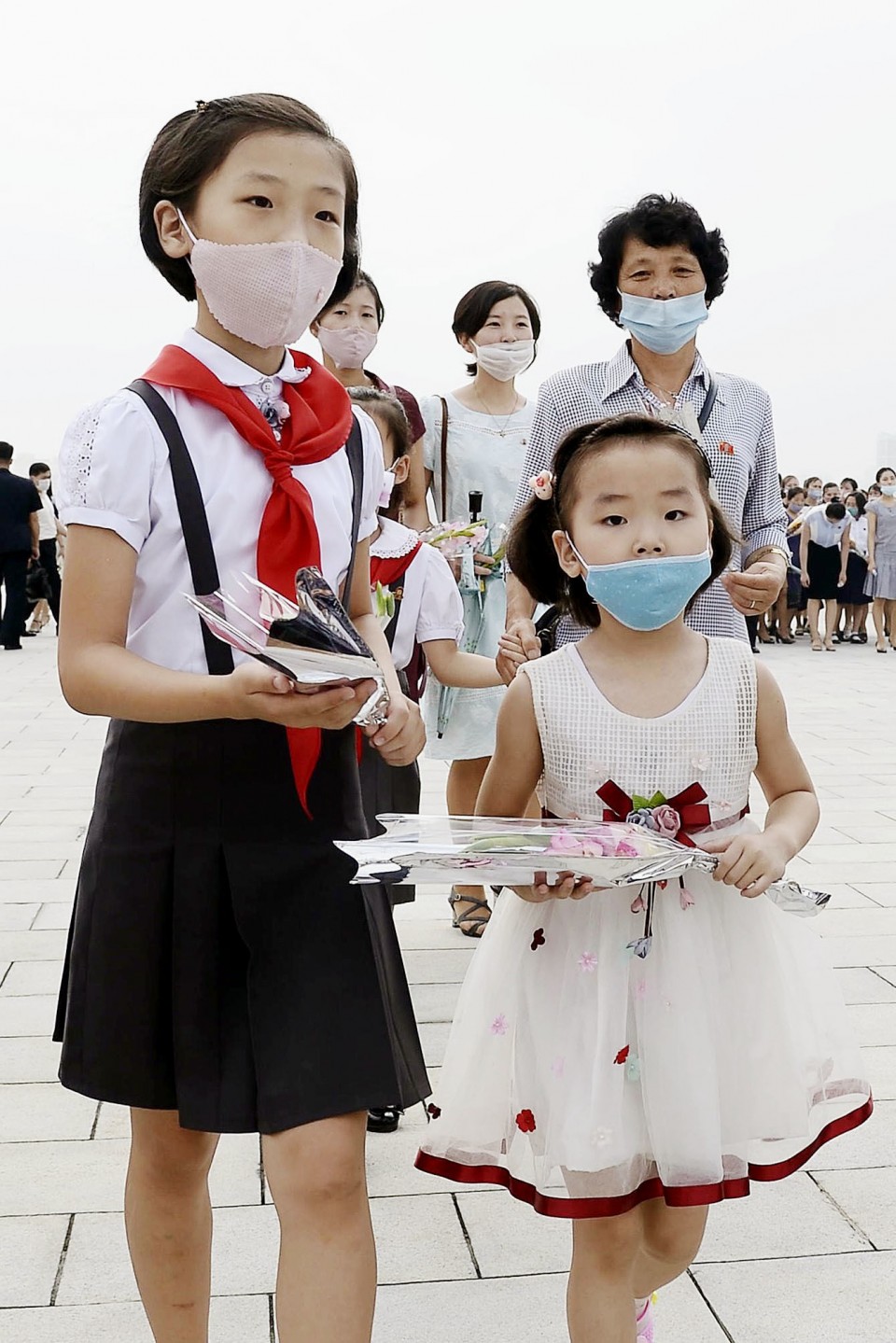 Children offer flowers on Mansu Hill in Pyongyang on July 8, 2020, wearing face masks amid concerns over the novel coronavirus. (Kyodo)