All Blacks and Auckland Blues superstar Beauden Barrett has signed a deal to play for Suntory Sungoliath next year, the Tokyo-based Top League team said Friday, without disclosing the financial details or terms.

The 29-year-old flyhalf signed a four-year deal with New Zealand Rugby and the Blues last year, and will miss next year's Super Rugby season to play for Suntory as part of an agreement which included an option of taking an overseas playing sabbatical.

The Blues have also confirmed the deal after reports surfaced on Thursday that Barrett had signed with the Japanese club on a deal worth NZ$1.5 million ($977,000) per year. 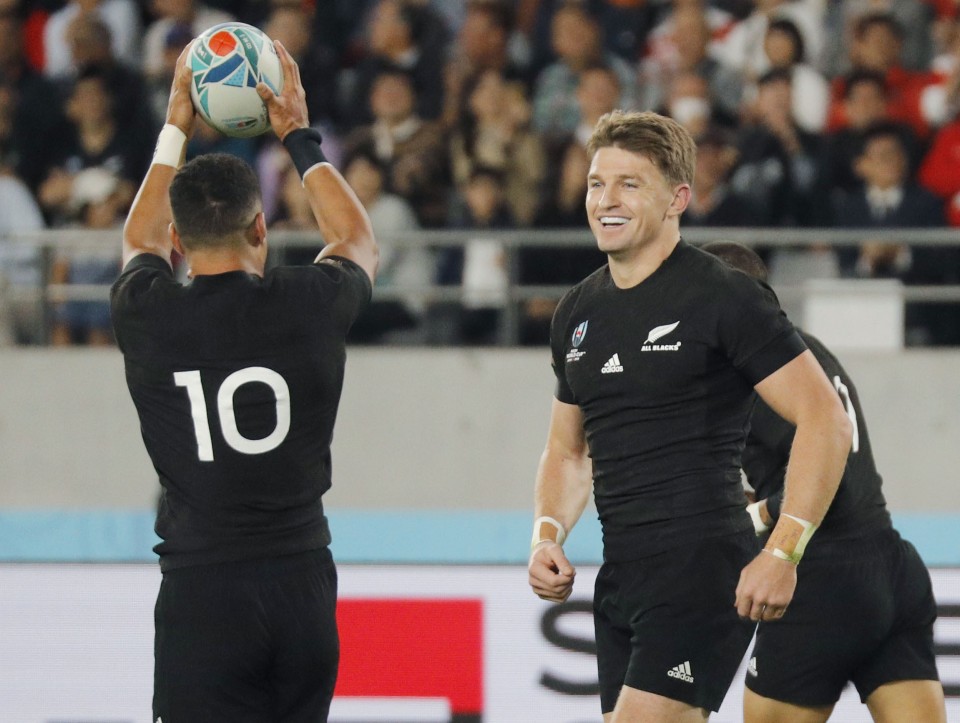 (Beauden Barrett (R) smiles after scoring a try during the first half of a Rugby World Cup bronze medal match against Wales on Nov. 1, 2019, in Chofu, western Tokyo)

"I'm excited to be joining the Suntory rugby team and for my family to experience more of the Japanese lifestyle and culture," Barrett said in a statement.

"I loved my time in Japan during the 2019 (Rugby World Cup) and that experience made me want to come back for more."

Suntory said Barrett is expected to arrive in Japan in December, after the conclusion of the 2020 Super Rugby Aotearoa season.

According to the Blues, he will return to New Zealand for the 2021 international season and remain there for the remainder of his contract until 2023.

Barrett has won 83 test caps for New Zealand since his debut in 2012.

The two-time World Rugby Player of the Year, along with brothers Scott and Jordie, made history last fall when they became the first trio of siblings to start for New Zealand at the World Cup.