Entering the twilight of his distinguished career, Makoto Hasebe still considers himself lucky to play football for a living.

But the Eintracht Frankfurt veteran, who holds the Bundesliga's record for appearances by an Asian player, said the privilege came with a responsibility he keenly felt when the German top flight resumed amid the coronavirus pandemic earlier this year.

The league restarted behind closed doors in May following a roughly two-month suspension, with Germany still under tight restrictions due to the health crisis.

After helping guide Frankfurt from the fringes of the relegation zone to a ninth-place finish, Hasebe said the experience reminded him of soccer's "special" role. 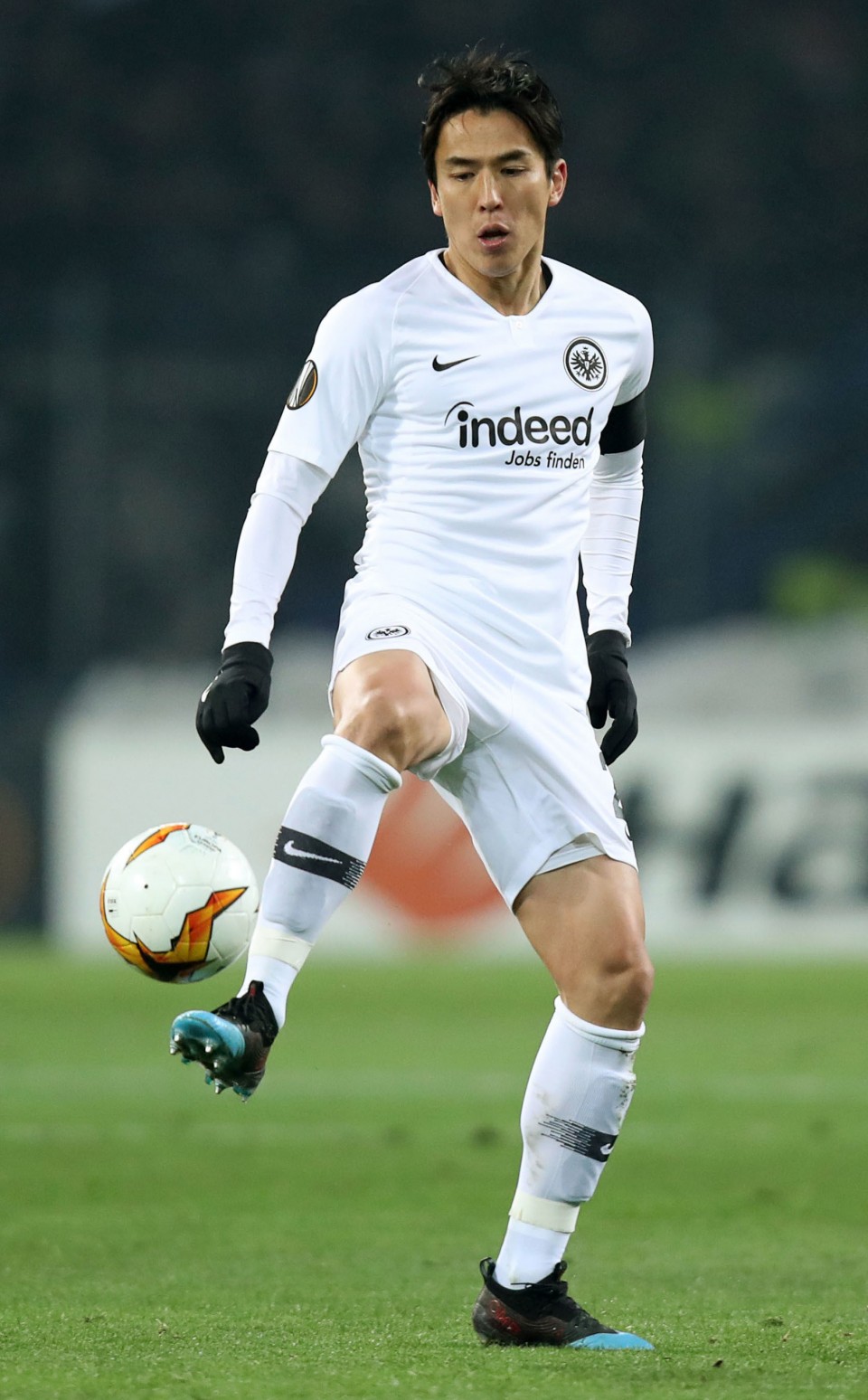 "(The Bundesliga) started back up while group sports were still banned. Because of our privileged status, it was important for us to recognize our social responsibility," the 36-year-old former Japan captain told Kyodo News in a recent interview.

"If we can give something back to people, we should be humble about it and have a sense of gratitude. Soccer is a special game, but that doesn't mean players should act like they themselves are special."

Hasebe said playing in empty stadiums had also been a potent reminder of how important fans were to the game.

"It takes away the emotion and actually affects how well you play. You no longer get any home-ground advantage," he said.

"Feeling the presence of supporters at the stadium, breathing the same air as them, sharing their passion and emotions -- it's something that should never be lost in the future."

After more than a decade in Germany, including stints at VfL Wolfsburg and FC Nuremberg, Hasebe last month became the longest-serving Asian player in Bundesliga history when he played his 309th game, surpassing the record previously held by South Korean great Cha Bum Kun.

Although proud of achieving the milestone, he gave much of the credit to others.

"I'm proud to have reached such a big number by taking one small step at a time. I don't have any special skills as a footballer. I'm not a star player or someone who stands out," he said.

"What I have been really good at is working with the people around me and making the most of my luck. This record is not something I've achieved under my own power. For that reason I'm grateful to those people."

Hasebe will play at least one more season with Frankfurt after signing a contract extension earlier this year. A defensive midfielder for most of his career, he has transitioned to center-back at the club under manager Adi Hutter.

The former Urawa Red decided to undergo knee surgery in the off-season and expects to be ready when the new season kicks off.

"(The surgery) is so I can start next season in good shape. First I'll make sure my body is rested, then I'll start preparing for the new season," he said.

While he longs for a return to packed, boisterous stadiums, Hasebe expects a significant period of readjustment following the coronavirus crisis.

"I'm not sure when we'll be able to play in front of fans again. I think it will take some time for things to get back to the way they were before the coronavirus," he said.

"When something we took for granted suddenly disappeared, it made me realize how happy things had been. I want to return to that happy place as soon as possible."