Tokyo reported a new single-day record of 243 coronavirus infections Friday as Japan relaxed its guidelines for holding large sporting and other events despite growing fears of a second wave of cases.

Tokyo Gov. Yuriko Koike attributed the rising number of cases to increased testing, while the central government reiterated that it is not planning to declare another state of emergency despite the latest figure and the country's medical system is not overburdened.

The latest figure for the capital, with a population of around 14 million, topped the previous single-day record of 224 set Thursday.

Less than half of Friday's total, or 110, were those related to nightlife establishments such as host clubs, according to the Tokyo government.

At over 7,500 cases, Tokyo accounts for more than a third of the total number of confirmed cases in Japan. The nationwide total stands at over 20,700, excluding 712 from the Diamond Princess cruise ship that was quarantined near Tokyo in February.

"The situation (currently) does not warrant immediately declaring another state of emergency," Chief Cabinet Secretary Yoshihide Suga said at a press conference. 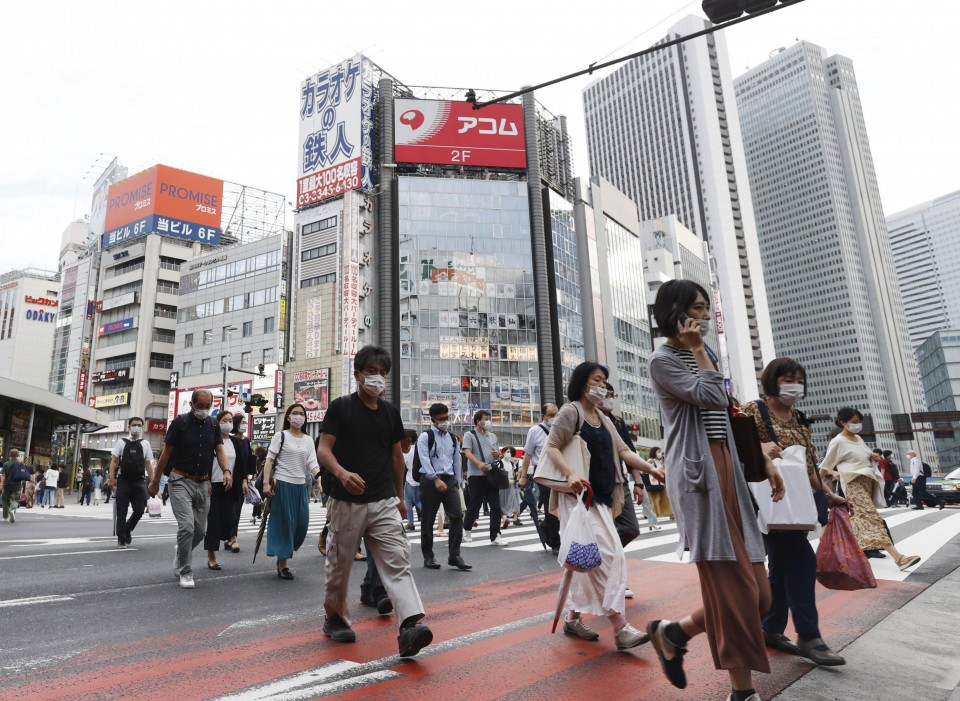 Economic revitalization minister Yasutoshi Nishimura, who is also in charge of the coronavirus response, stressed Japan's medical system is not under the same strain as before, saying the situation is "different from when the state of emergency was declared in April."

Koike, who has requested that residents refrain from nonessential travel to other prefectures, said, "Rather than continuing to stay at home, it's now time for people to create a new way of life while being careful."

A total of 3,000 beds, including 300 for serious cases, have been secured for coronavirus patients, she added. But with only six serious active cases at present, the number of beds reserved for them will be kept at 100 for now to avoid impacting the treatment of other patients.

The central government has also urged sports event organizers to help prevent the spread of the virus when welcoming thousands of fans back into stadiums, by ventilating venues and compiling lists of everyone attending.

Tokyo has been striving to stem a rebound in infections since the nationwide state of emergency was fully lifted in late May. The pace of increase in virus infections in Japan had slowed after new cases in the capital peaked at 206 on April 17.

Koike held a videoconference Friday with the governors of neighboring Saitama, Chiba and Kanagawa prefectures, where new infections have increased in line with Tokyo.

The number of confirmed cases linked to nightlife establishments in Tokyo's Kabukicho and Ikebukuro districts has risen recently, according to officials.

Nishimura, who discussed with Koike ways to deal with infections in the nightlife districts, vowed to contain the virus through intensive testing in those areas, and will also include establishments where there are no infected people or those with no symptoms.

People aged 30 and below comprised 80 percent of the total, while those infected through unknown routes came to 101.