Japanese swimmer Rikako Ikee, who has been battling leukemia since last year, said Thursday she intends to return to competition in early October.

The 19-year-old university sophomore allowed the media to access her practice in Tokyo online, and spoke to a group of reporters for the first time since revealing her diagnosis in February 2019. 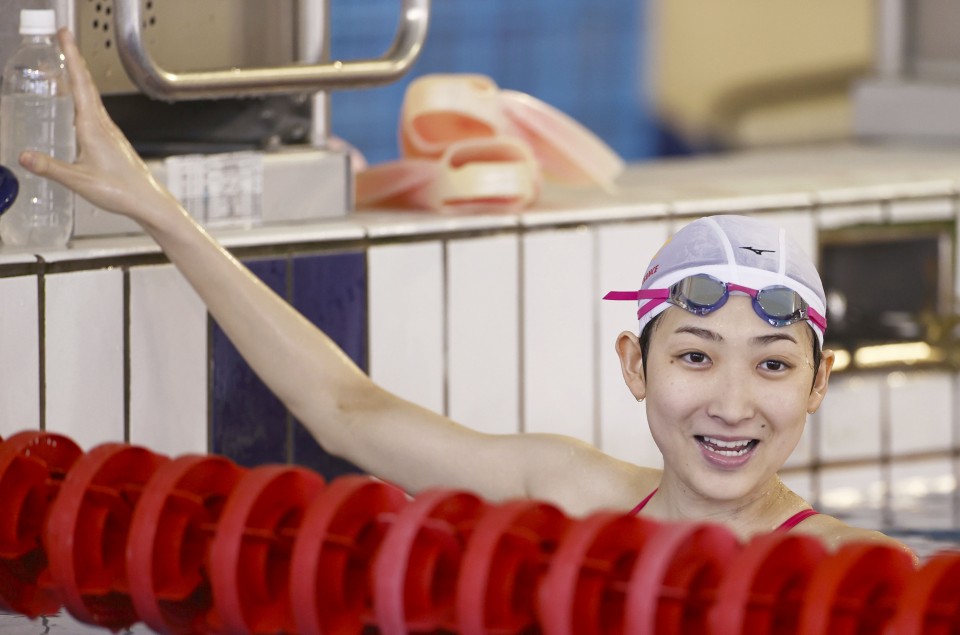 "My current goal is the Japan intercollegiate championships," Ikee said. "I'm practicing hard under the belief there will be a tournament."

Under the tutelage of her new coach Isamu Nishizaki, Ikee revealed she is doing much of the same training program used by 2016 Rio de Janeiro Olympian Sachi Mochida and other swimmers. Ikee said she is in the pool four times a week and has weekly weight-training sessions.

"I feel like I'm getting stronger day by day," she said.

Ikee shot to fame at the 2018 Asian Games, winning six gold medals and becoming the tournament's first female MVP. She was discharged from the hospital in December after undergoing 10 months of treatment for acute lymphocytic leukemia, and started hitting the pool again in March.

"I think my swimming ability has returned to about the level in my first or second year of junior high school," she said.

The multiple national record-holder also reiterated her intent to compete at the 2024 Paris Olympics.

"(The Tokyo Games) were postponed for a year, and it was expected I would compete, but I'm aiming for 2024. I'm hoping to build a solid foundation since I'm no longer tied down by next year's Olympics."

On Saturday, Ikee turns 20, when Japanese come of age. In addition to the change in legal status, turning 20 is a celebrated cultural milestone in Japan.

"My aspiration as a 20-year-old is to compete in some kind of event, get an accurate read on my current status, and then find more and more ways to get stronger," she said.