Germany's Handelsblatt reported that Deutsche Telekom had agreed with the Chinese company to accelerate the introduction of "U.S.-free" Huawei equipment, citing internal documents obtained by the business newspaper.

Deutsche Telekom depends heavily on Huawei in several fields such as 5G network, broadband and cloud services, while the United States has been pushing its allies, including Germany and Japan, to exclude Huawei from government contracts. 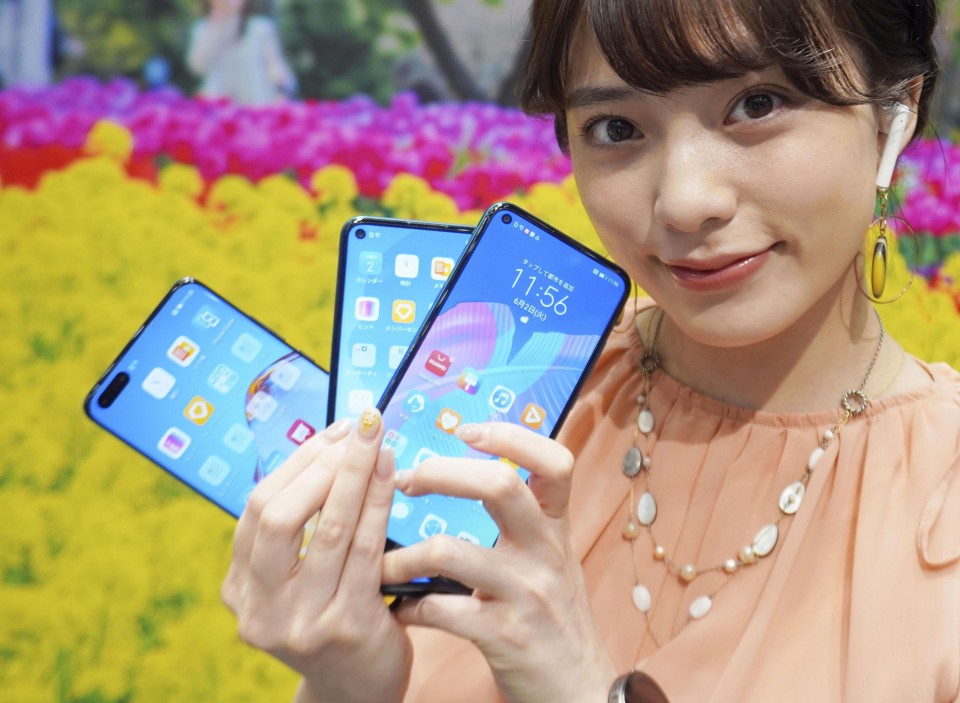 Huawei's revenue rises 1.4% on year in 1st quarter despite pandemic

The German company has denied the Handelsblatt report, Reuters news agency said, but Huawei is believed to be confident that it has already created a close relationship with Deutsche Telekom.

The U.S. sanctions have increased the prospect of Huawei's corporate performance worsening down the road.

The administration of U.S. President Donald Trump ratcheted up criticism of China as Beijing pushed ahead with the implementation of a controversial national security law for Hong Kong that it is feared will erode human rights and freedoms in the semiautonomous region.

Trump, who has pursued protectionist policies as part of his "America First" agenda, has also expressed wariness of China's advances in cutting-edge technologies, with the United States having targeted Chinese goods linked to them in the countries' prolonged trade dispute.

Next-generation 5G technology will enable transmission of large amounts of data at extremely high speeds, allowing telecommunication devices to connect to numerous products and services, including those related to military affairs, over the wireless network.

Before the United States began to impose sanctions on Huawei, alleging it engaged in spying activities in conspiracy with the Communist-led Chinese government, the tech giant was regarded as a leader in setting 5G standards.

Huawei claims that it has not complied with a Chinese government request to share confidential information.