The 34-year-old scrumhalf was one of three overseas signings announced by the Shining Arcs, along with Australian flanker Liam Gill and New Zealand-born hooker Anaru Rangi. 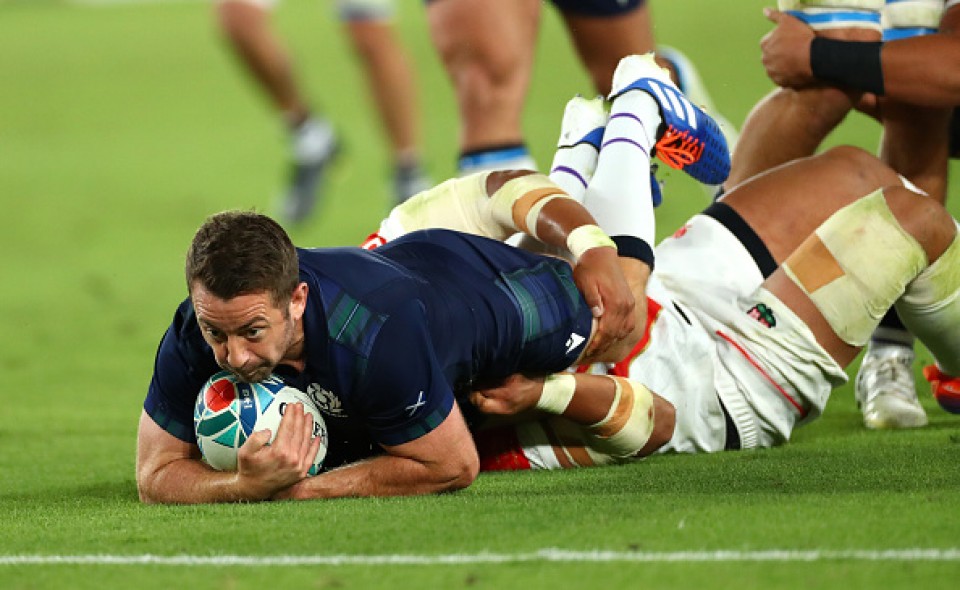 Scotland player Greig Laidlaw is stopped by the Japan defence just yards short of the try line during the Rugby World Cup 2019 Group A game between Japan and Scotland at International Stadium Yokohama on October 13, 2019 in Yokohama, Kanagawa, Japan. (Getty/Kyodo)

Laidlaw became a fan favorite in Japan after leading Scotland to a 2-0 test series win on their 2016 tour of the country.

He was on the losing side against Japan at last year's World Cup, when the hosts advanced to the quarterfinals for the first time by beating Scotland 28-21 in their last pool match.

Renowned for his kicking, Laidlaw has been with French side ASM Clermont Auvergne since 2017.

"I look forward to bringing my experience and what I have learned with me to Japan, and to experience the rugby culture and everything this fantastic country has to offer," Laidlaw said in a statement through the Shining Arcs.

The announcement follows news of another star of last year's World Cup, All Blacks playmaker Beauden Barrett, joining the league. Barrett has signed a deal to play for Suntory Sungoliath next year.

The 2021 Top League season is scheduled to start next January and run through to May.