Gov. Yuriko Koike won a second term in Sunday's Tokyo gubernatorial election, vowing to respond firmly to a second wave of the novel coronavirus and coordinate with the International Olympic Committee over the postponed Olympics and Paralympics now scheduled for 2021.

"I am very happy, and simultaneously feel the heaviness of the responsibility," Koike, 67, said in televised remarks as early returns suggested she is on course for a landslide victory.

But Koike, who became the first female governor of the Japanese capital in 2016 after serving as defense minister and environment minister, said she could not feel completely happy as Tokyo is in the throes of the coronavirus epidemic, with the number of new infections topping 100 Sunday for the fourth straight day.

"This is an important time to be prepared for the second wave of the coronavirus. We want to respond to it firmly," she said. 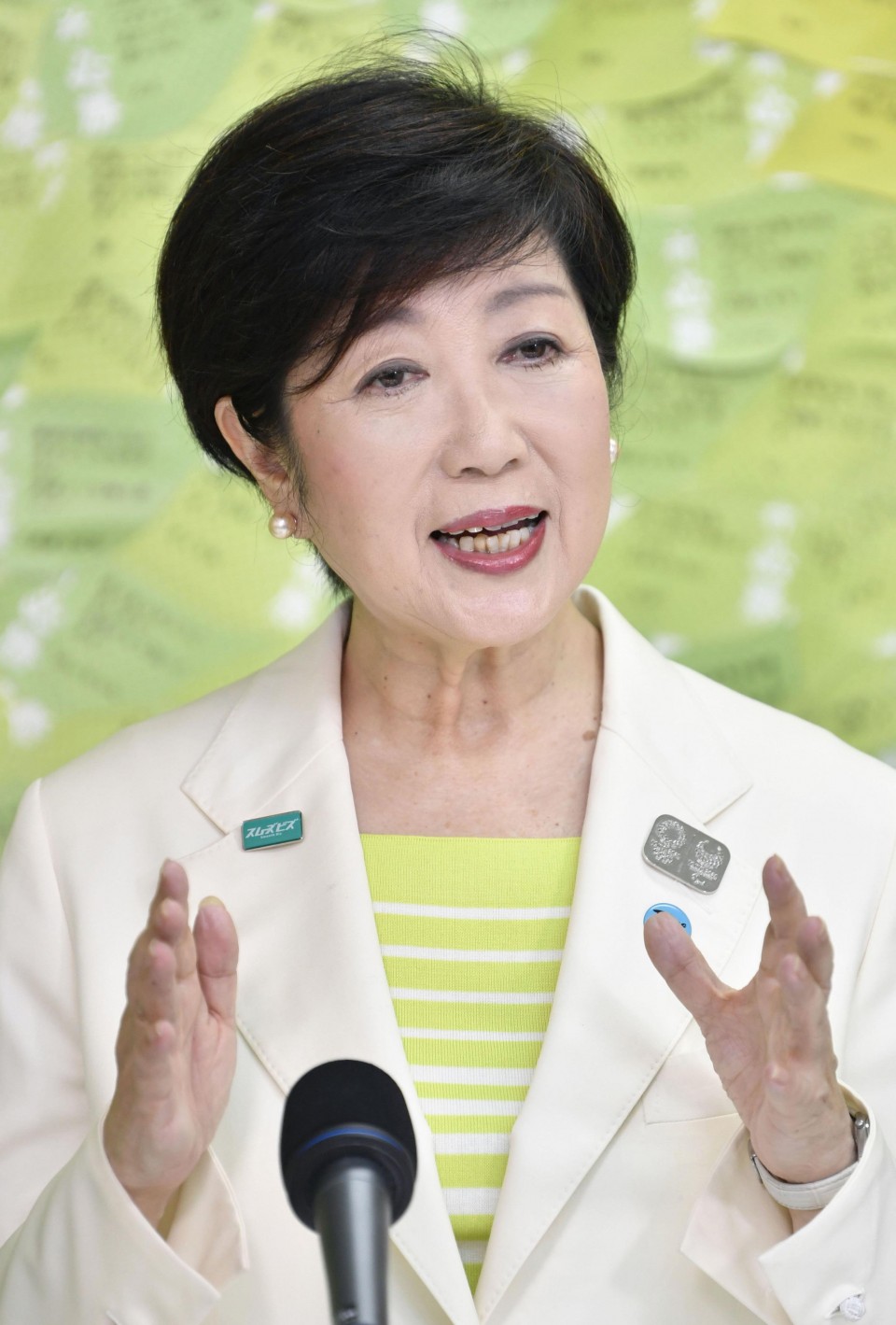 Yuriko Koike is pictured at a press conference after winning a second term in the Tokyo gubernatorial election on July 5, 2020. (Kyodo)

Koike, who ran as an independent, beat 21 challengers, including Kenji Utsunomiya, 73, a former head of the Japan Federation of Bar Associations, Taro Yamamoto, 45, a former actor and leader of the anti-establishment party Reiwa Shinsengumi, and Taisuke Ono, 46, a former vice governor of Kumamoto Prefecture.

Koike's appeal was far-reaching across the board. She garnered votes from more than 80 percent of supporters of the ruling Liberal Democratic Party and its coalition partner Komeito, 56.9 percent of unaffiliated voters, and even 31.6 percent of those aligned with the main opposition Constitutional Democratic Party of Japan, according to Kyodo News exit polls.

Her coronavirus policy seemed to have given her a boost, with 60.7 percent of voters assessing it favorably, according to the exit polls.

FOCUS: Olympics and virus make for stark election line but no move in needle

Split votes among the fractured opposition also apparently aided Koike, as an attempt to gather behind one of her challengers fell through.

"I very much regret (the outcome). I wish I could have responded to the expectations of many Tokyo residents," said Utsunomiya, who was backed by the CDPJ and two other opposition parties.

He received votes from only 45.9 percent of CDPJ supporters.

In an unusual move that illustrates her electoral strength, the local branch of the LDP did not field a candidate and told members to vote freely, although some vocally supported her.

The race to decide who would govern the metropolis for the next four years revolved around who could best combat the pandemic of COVID-19, the respiratory disease caused by the virus, and spur an economic recovery while supporting distressed businesses and households. 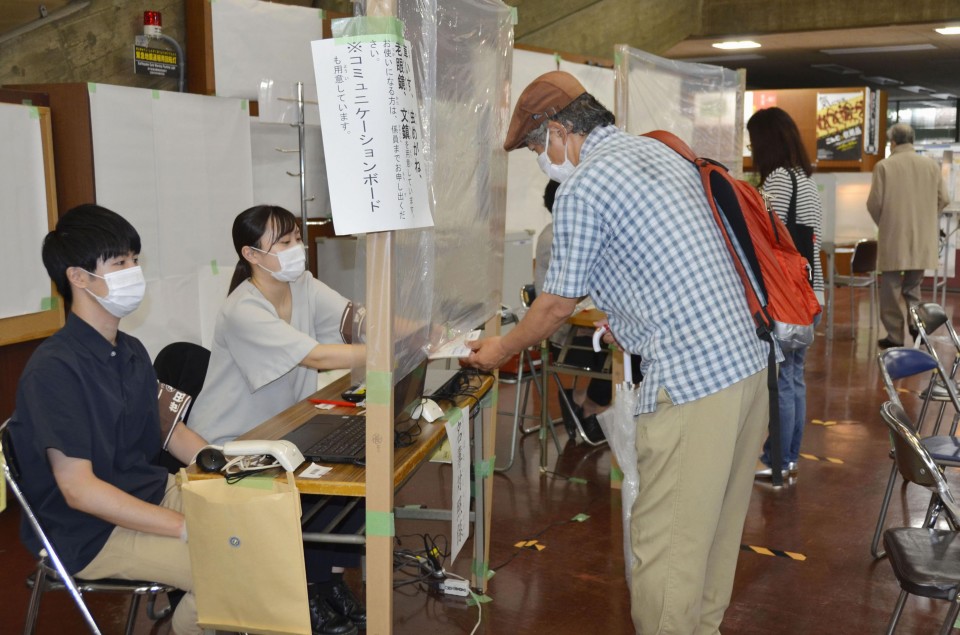 (Staffers deal with voters from behind a vinyl sheet at a voting station for the Tokyo gubernatorial election in the capital's Setagaya Ward on July 5, 2020, amid worries over a resurgence of coronavirus infection cases)

The judiciousness of Tokyo hosting the Olympics and Paralympics was also high on candidates' agenda as concerns persist about COVID-19's continued global spread. Koike's main rivals had called for cancellation or a longer postponement.

The election was made unusual by the COVID-19 pandemic, with voters and staffers avoiding the "three Cs" -- closed spaces, crowded and close-contact settings -- at polling stations.

At a polling station in Setagaya Ward, for example, voters were spaced out, and disposable pencils and gloves were handed to those who did not bring their own.

Contenders increased their reliance on online debates and campaigning, although Koike chose to campaign solely online, pledging to put Tokyoites first and continue with her reforms for the capital.

Despite criticism for failing to implement most of her promises in her first term, her popularity had risen in the last few months compared with Prime Minister Shinzo Abe's government on her implementation of measures to curb infections in the capital, such as stay-at-home and business suspension requests, which seemed to have mitigated the number of cases for a period.

Since the government lifted the state of emergency in late May and the Tokyo metropolitan government allowed businesses to fully resume on June 19, daily cases in Tokyo have rebounded.