The Tokyo metropolitan government reported on Friday 260 new daily coronavirus cases, down from the previous day's record figure but still at a high level, as the capital maintained its guard amid over 760 infections reported nationwide, including a record high in Osaka.

The latest data came a day after Tokyo reported a record 366 daily cases. Although the figure was fewer than Thursday's tally, Tokyo has seen triple-digit single-day new infections on all but two days in July.

While the central government acknowledged the growing number of infections in a wide area of the country, it maintained that the situation did not warrant another state of emergency.

"We're not in a situation to re-impose a state of emergency," Prime Minister Shinzo Abe told reporters after being briefed at his office by ministers in charge of the coronavirus response, adding his administration is closely watching developments.

Referring to the conditions that could help spread the virus, Abe said, "We ask people to avoid the 3Cs and to refrain from speaking loudly." The 3Cs refer to confined spaces, crowded places and close-contact settings. 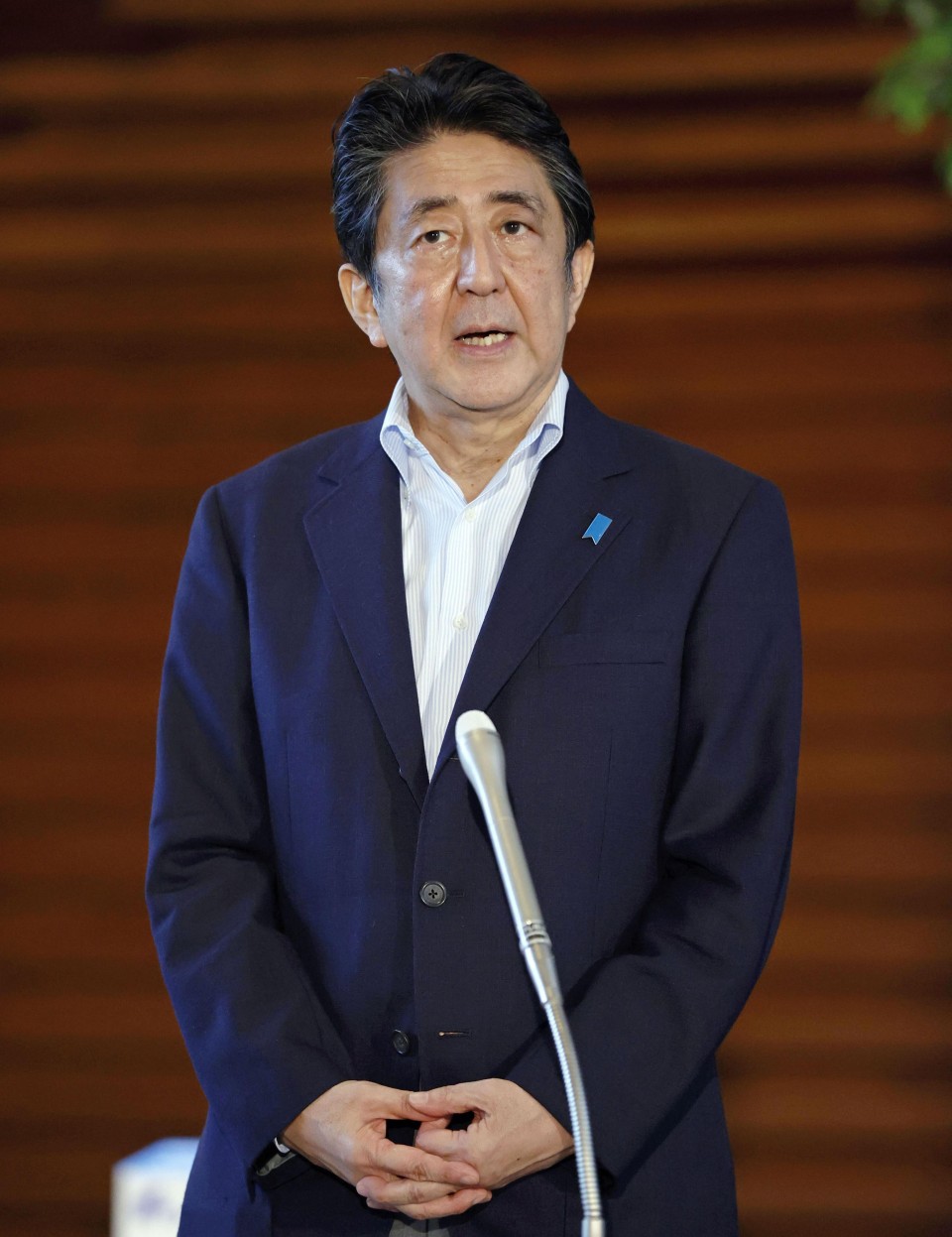 He also said virus testing capacity has not maxed out yet despite a recent surge of testers, and vowed to engage further in the early detection of infected people and treatment.

The law on infectious diseases urges prefectural governors and others to proactively release information necessary to stop infections and the situation of outbreak.

The latest figures on Friday brought the nationwide tally to more than 28,960 infections excluding some 700 from the Diamond Princess, the cruise ship quarantined in Yokohama in February, with 1,008 deaths.

As of Friday in Tokyo, the number of people hospitalized with coronavirus infections stood at 1,040, up 76 from the previous day, while those with severe symptoms decreased by five to 16, according to the metropolitan government. 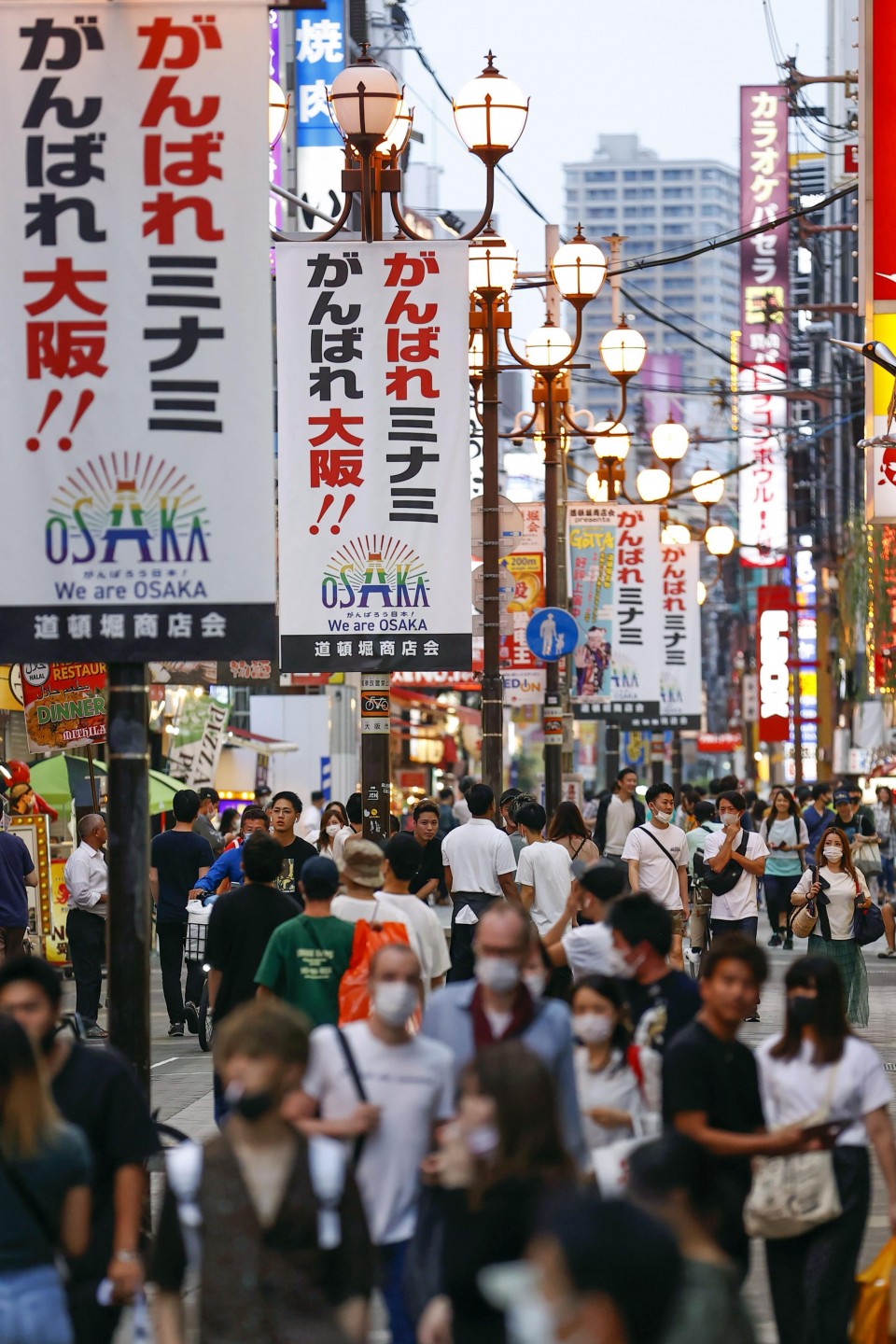 On Wednesday, the capital's cumulative coronavirus cases topped the 10,000 mark.

Along with Tokyo, some other urban areas have also seen sharp rises in confirmed cases since a nationwide state of emergency was fully lifted in late May.

The prefectural government of Osaka in western Japan said it confirmed 149 new cases of coronavirus infections, a record high for daily update by the prefecture.

The figure exceeded the number of projected peak per day, 130, which serves as a basis for the prefecture's calculation for the necessary number of hospital beds.

It is the third straight day for new infections in the prefecture to top 100, according to the Osaka government. 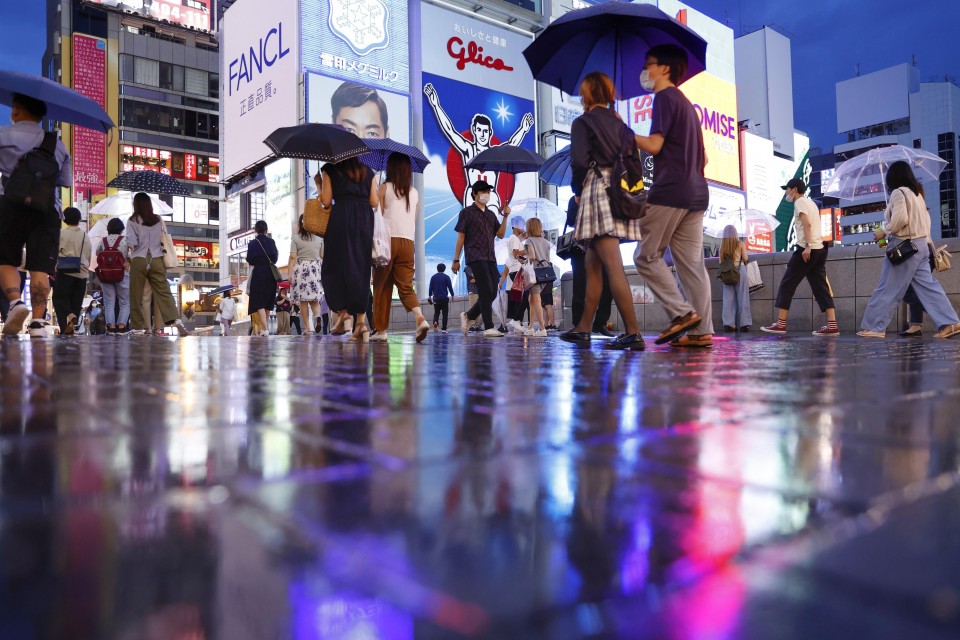 Of the newly found infections, 38 were in Nagoya, the capital of the prefecture, the city government said.

The prefecture announced a record 97 new cases the previous day.

In Fukuoka Prefecture, southwestern Japan, 52 new cases of coronavirus infection were confirmed, according to the prefecture and three local governments, while 45 cases were confirmed in Saitama Prefecture near Tokyo.

Concern that the outbreak may worsen was stoked by a domestic tourism subsidy initiative that kicked off before a four-day holiday began Thursday, despite reservations among the public and local governments.

According to a survey by mobile carrier KDDI Corp. using location data of smartphones, the number of people who went out increased at 18 of the 23 surveyed sites on Thursday, the first day of the four-day holiday, compared with last Sunday.

Ise Jingu, a Shinto shrine and a popular tourist destination in Mie Prefecture, recorded the largest margin of increase.

The holiday outings also increased from Sunday in various places stretching from northern to southern Japan, such as around Hakodate Station in Hokkaido, Yufuin in Oita Prefecture, and Yui Road on Ishigaki Island, Okinawa Prefecture, according to the survey.

The recent spike in cases in the capital has spurred worries about the travel subsidy campaign, leading the government to exclude Tokyo from the program in a last-minute decision.

Tokyo Gov. Yuriko Koike has urged residents to avoid nonessential outings during the four-day holiday, having raised the pandemic alert to the highest of four levels, meaning "infections are spreading."

20 minutes ago | The Kyoto Shimbun