A baby whale born to two different species made a public debut on Monday at a whale museum in the western Japan town of Taiji.

The female whale, which was born in June last year at the Taiji Whale Museum in Wakayama Prefecture, has a black body, a characteristic of its father, a false killer whale, but with white markings, a feature of a Risso's dolphin, the species of its mother. 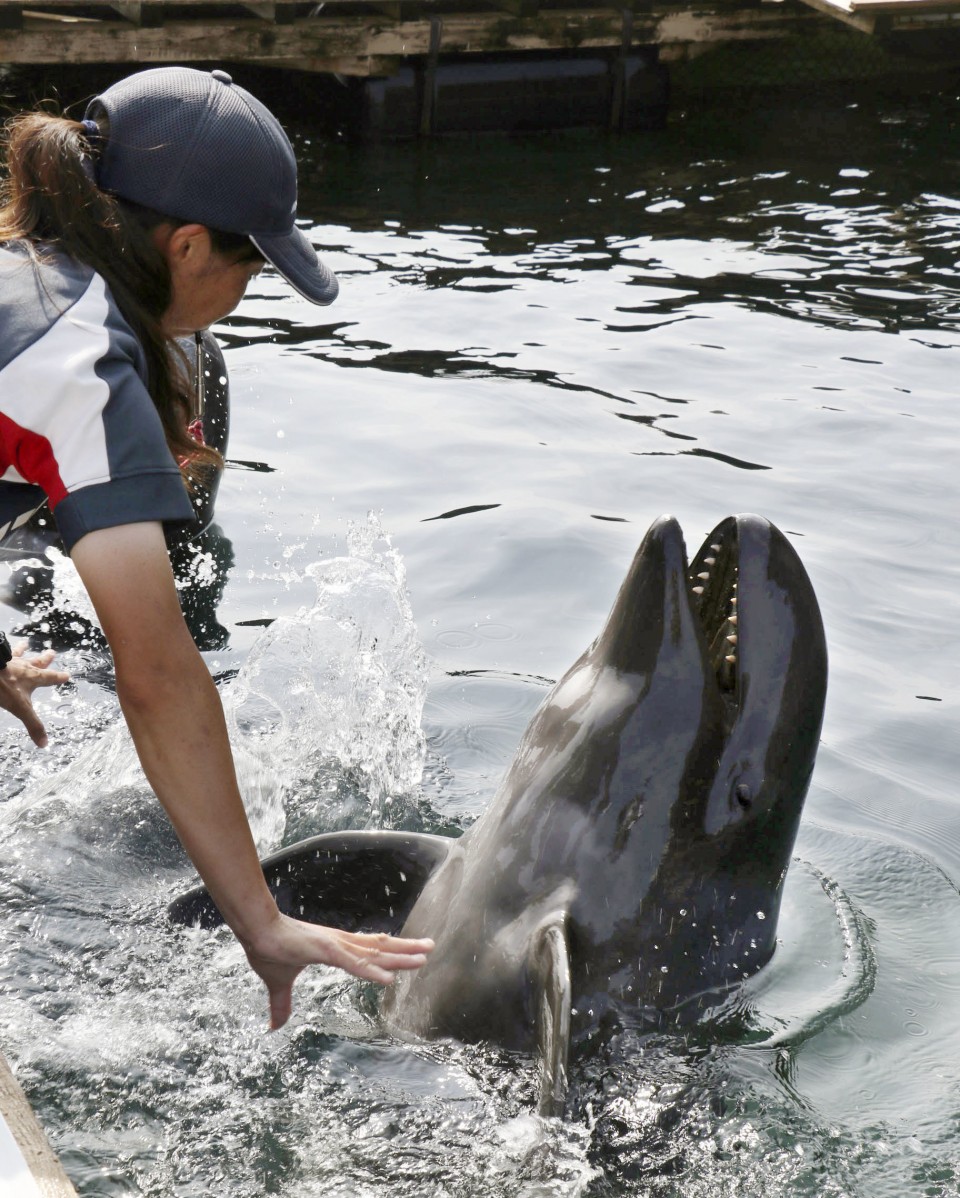 A baby whale named Hiyoka, born to two different species, makes her public debut on July 20, 2020, at Taiji Whale Museum in Wakayama Prefecture. The calf has a black body, a characteristic of its father, a false killer whale, but with white markings, a feature of a Risso’s dolphin, the species of its mother. (Kyodo)

The two species bred together naturally at the museum. They have also done so on two other occasions but this is the first time the resulting calf has lived more than a year, the museum said.

The calf has been named "Hiyoka," which combines the name of a former area in the town with the Chinese character meaning flower.

The museum will take data on the whale's growth in a bid to utilize it for research.

"It is a very rare whale," said Daiki Inamori, deputy head of the museum. "I would like visitors to look at it with affection."

Taiji is known for a dolphin drive hunt that has drawn criticism from anti-whaling campaigners. It is also one of Japan's whaling towns.