Japan confirmed a record 1,578 new coronavirus infections on Friday, marking the third straight day fresh cases have surpassed 1,000, while the Tokyo and Osaka governments said they will consider making stronger requests for some businesses to shorten their hours or even temporarily close.

The figure exceeds the previous record of 1,305 new cases reported Thursday, with the rising trend extending to urban areas across the country.

The country's cumulative total now stands at over 37,000, including some 700 from the Diamond Princess cruise ship that was quarantined in Yokohama in February. The death toll stands at 1,026. 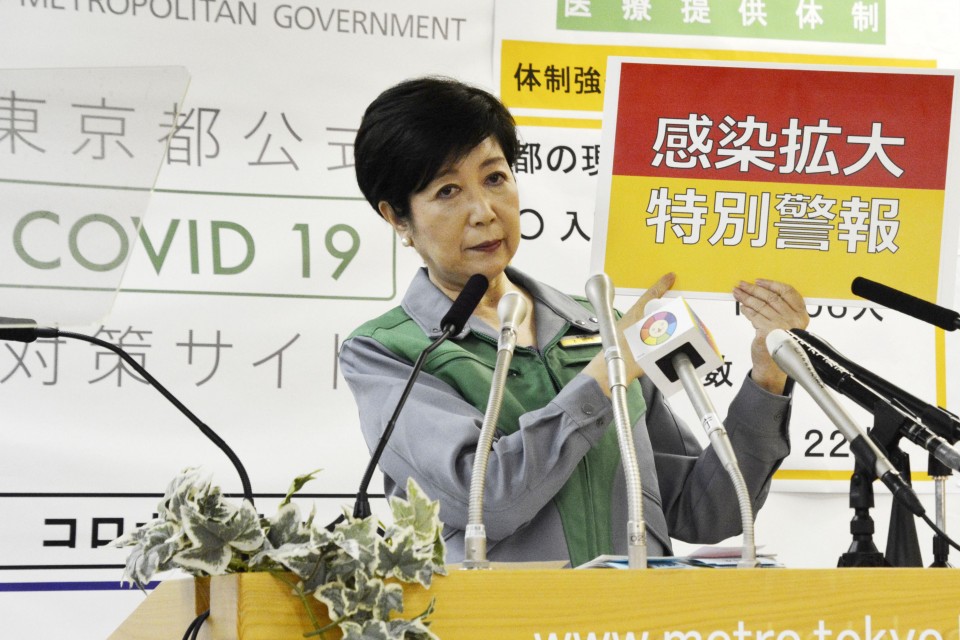 Tokyo Gov. Yuriko Koike speaks at a press conference at the metropolitan government headquarters on July 31, 2020, about measures to contain the spread of the novel coronavirus. (Kyodo)

Tokyo Gov. Yuriko Koike said Friday that more business types may be requested to shorten their operating hours after the capital confirmed record new infections for the second straight day at 463 cases.

The figure topped the previous single-day record of 367 marked Thursday, adding to concerns about further economic and social impact from the new wave of infections after the country fully lifted a state of emergency in late May.

The metropolitan government on Thursday again requested that establishments serving alcohol and karaoke parlors close early to prevent further spread of the virus, effective from Monday through the end of August.

Koike said Friday that while the metropolitan government may ask other types of businesses to also close early, rather than a sweeping request similar to the one made during the nationwide state of emergency, it would "pinpoint" certain sectors and areas.

"If the situation gets worse, we'll have to declare a Tokyo-only state of emergency," she said, urging residents not to let their guard down during the summer.

The cumulative total of infections in Tokyo stands at more than 12,000, over half of which were reported this month.

Chief Cabinet Secretary Yoshihide Suga expressed concern Friday that the pace of new infections is increasing in some regions but stressed that the percentage of serious cases remained lower than in March and April.

"During its peak Tokyo reported 105 serious cases, but today the number dropped by six to 16," he said. "Assessing the situation as a whole, we don't need to declare another state of emergency and scale-down all economic activity at present." 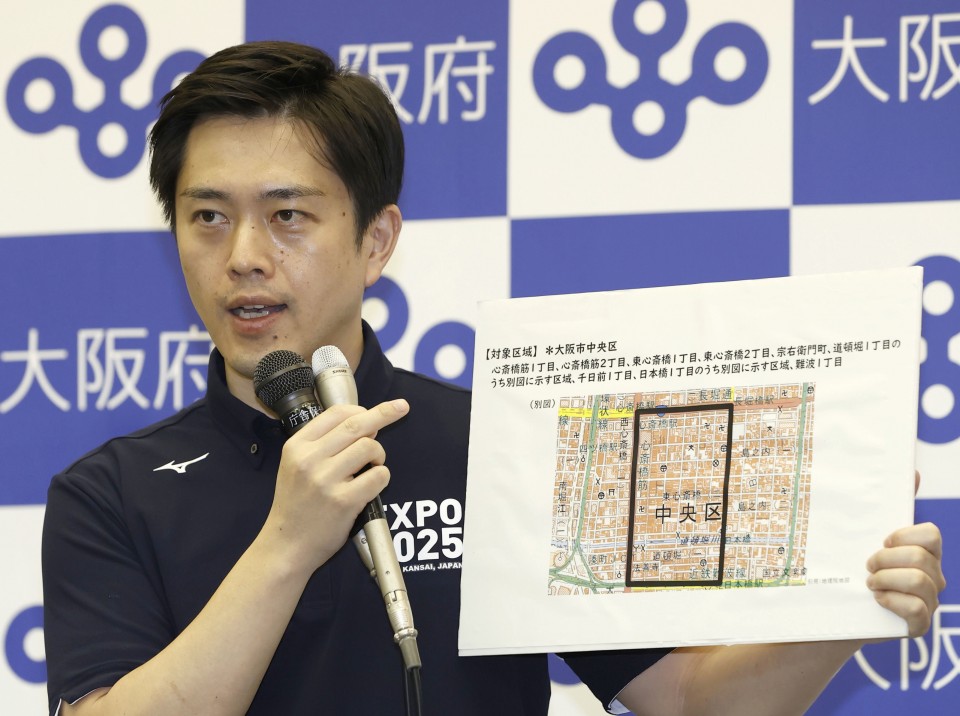 Osaka Gov. Hirofumi Yoshimura speaks to reporters in Osaka on July 31, 2020, about measures to contain the spread of the novel coronavirus. (Kyodo)

Businesses without virus-prevention measures will be asked to close, while those that have taken sufficient measures will be asked to shorten their hours, Yoshimura said during the central government's meeting earlier in the day to discuss COVID-19 response. The prefectural government and Osaka city will jointly provide 20,000 yen per day ($191) to businesses that have taken such measures.

"We should focus our measures on the area where (the virus) is spreading the most. We will provide as much compensation as possible," he said.