Mongolian-born yokozuna Hakuho withdrew from the July Grand Sumo Tournament on Friday due to a knee injury with three days remaining in the relocated event, which is now missing both grand champions.

According to his stablemaster Miyagino, Hakuho aggravated a right knee injury on Thursday when he suffered his second loss of the 15-day meet at Tokyo's Ryogoku Kokugikan to sekiwake Mitakeumi in a "tsukiotoshi" thrust down. 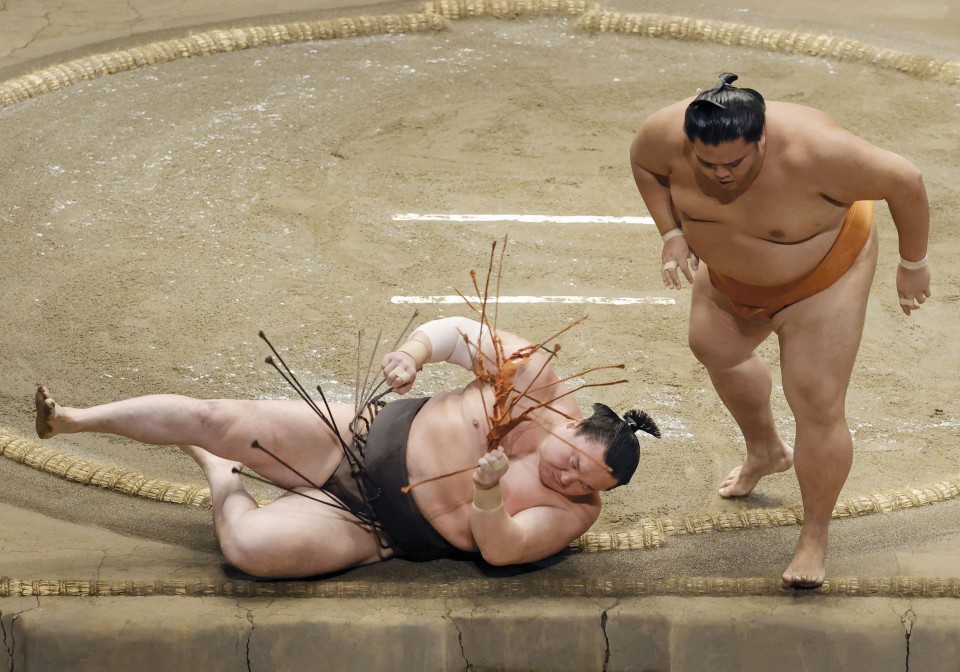 He first aggravated the pre-existing injury in his fourth day bout, and since then he has been getting painkilling shots, Miyagino told reporters.

"He needed medical treatment to get this far. His knee injury worsened when he fell (during the bout against Mitakeumi)," Miyagino said.

"It's too bad because Hakuho said he was in good condition. We were gunning for championship in this basho," he said.

Hakuho was diagnosed with cartilage and ligament damage, and is expected to be out for at least two weeks.

The other Mongolian-born yokozuna, Kakuryu, dropped out of the race on Day 2. It is the first time since the New Year basho in January that the tournament will take place without both of the wrestlers at the top of the banzuke rankings.

Newly promoted ozeki Asanoyama in the second highest rank remains in the competition at 11-1 after Thursday's bouts. Ozeki Takakeisho pulled out on the 12th day due to a left knee injury.

The 35-year-old Hakuho entered the tournament eyeing a record-extending 45th Emperor's Cup. He won 10 straight bouts before losing the next two.

It is the 15th time in his career he will have missed all or part of a grand tournament, and the first time since he left the first meet of the year after just four days, having won one and lost three bouts.

"All I'm focusing on now is how to deal with my new injury and my body and get treated in order to return to the dohyo as soon as possible," Hakuho said through stable officials.

His scheduled opponent for Friday, sekiwake Shodai, wins by forfeit.